Find out everything you need to know before you travel!

LGBTQ people can sometimes feel a certain sense of anxiety when it comes to traveling abroad. From daily navigations in their travel to enjoying some of the cultural aspects of their destination, it can be intimidating and even downright scary. With planning and some help, here are various things you can enjoy no matter how you’re presenting and whether you’re traveling solo or with someone.

Safety should be the least of your concerns while traveling. And you’ll be happy to know that Tokyo and Japan at large are very safe for members of the LGBTQ community. This extends to couples as well. And while Japan has never been big on public displays of affection, as long as you respect the somewhat conservative culture no one will raise an eyebrow. This is especially true in Tokyo where some of the district courts have begun to uphold gay civil rights and put laws into place to protect.

Chances are that if you’re LGBTQ and know Tokyo well, you’ve heard that Shinjuku’s ni-chome or “Nicho” is the place to go! In case you aren’t aware, ni-chome is considered the gay hub of Tokyo. From gay, lesbian, and transgender, bars are crammed into the area. If you’re feeling shy or anxious about going alone, why not get a local gay guide to show you the best places in Nicho?

If bars and karaoke aren’t your thing, why not get down on the dance floor at some of Tokyo’s hottest LGBTQ clubs. Most of these are also located in or around Nicho, making it easy to enjoy both bars and clubs. There are many options to choose from and the aforementioned local gay guide can easily show you these hot spots as well!

There are also great LGBTQ-friendly tour options outside of Tokyo via OUT Asia Travel.

Chances are with all the nightlife in Shinjuku, you’ll want to stay somewhere nearby. And why not? Shinjuku is a great place even if you aren’t bar-hopping or clubbing. There are plenty of LGBTQ-friendly hotel options in and around the Shinjuku area. You can easily rent a double room with your significant other or spouse without worry or fear. For some great recommendations, check out nomadic boys. Sawanoya Ryokan is a great option near Ueno.

If you want something outside of Shinjuku or something a little nicer than your average hotel room, why not find a room with misterb&b. They will work with you to find an LGBTQ-welcoming accommodation to suit your needs. From apartments, rooms, and resorts, you’ll find the perfect place to stay. Many of the options here even have hot tubs, which will alleviate any stress of which onsen to use.

Of course, travel to Japan is great any time of year (excluding typhoon season)—but if you’re in the mood to celebrate your identity, why not participate in some of the LGBTQ events Tokyo has to offer.

Tokyo Rainbow Pride or Rainbow Week takes place every April, late in the month. This celebration goes crazy when it reaches Yoyogi Park near colorful Harajuku. Expect performances, parties, events, and booths all showcasing the wonder of queer identity.

Every year, Yoyogi Park transforms for one week into a rainbow of colors as diversified as the people it represents.

Rainbow Reel Tokyo is the official LGBTQ film festival of Japan. One of the largest and oldest (1992) in Asia, Rainbow Reel Tokyo shows films about all LGBTQ minorities beyond lesbian and gay, which are also included of course!

VITA Tokyo is the end all, be all LGBTQ New Year’s party in Tokyo. It happens every year at VITA, a vibrant and fun nightclub showcasing international DJs and dancers. Come here any time as well to get your EDM fix.

Transgender people, or x-gender (ekkusu-jendaa) as it’s called in Japan, may find themselves facing either anxiety or gender dysphoria when faced with the hot spring doors. Which do I enter? It is a frightening reality for many.

If bathing in an onsen or bathhouse is a bucket list item for you, you do have options!

Renting a private onsen is your best bet, whether you’re transitioning or simply don’t want to share your nudity with strangers, a privately-rented onsen is a great way to soak in the steamy waters.

Another way would be to find a mixed-gender bathhouse outside of Tokyo (they’re banned in the capital). This means that male- and female-presenting people will be nude together. The etiquette here is no staring and no chatting up strangers.

Your comfort is paramount here.

If you’re a gay man, it may interest you to know that there is a small chain of bathhouses catering to you. 24 Kaikan has a bit of a cruising reputation—but is also very accepting of foreigners, with or without tattoos.

Travel safe and have fun! 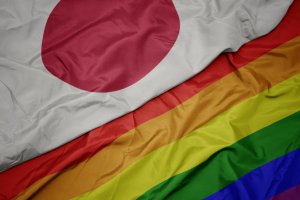 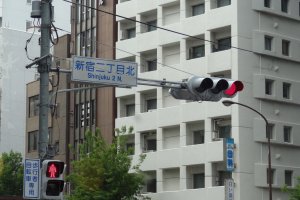 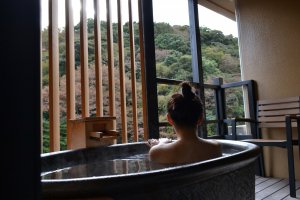 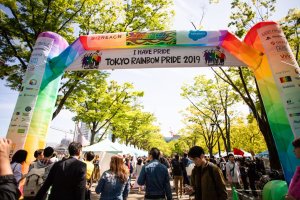 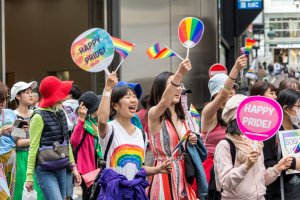 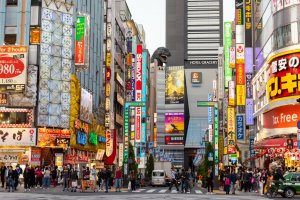 Lynda Hogan a year ago
For the outskirts of Tokyo - I definitely recommend the LGBTQ temple in Kawagoe, just a short journey from Tokyo. They perform same sex weddings and have several special events throughout the year as well as the most beautiful floral fonts!
Reply Show all 0 replies

Kim a year ago
Awesome, insightful article as always!
Reply Show all 1 replies

Serena Ogawa Author a year ago
Thank you!
Reply

Sherilyn Siy a year ago
This is helpful!
Reply Show all 1 replies

Serena Ogawa Author a year ago
Glad to hear it! Hope to expand more in the future!
Reply

Sleiman Azizi a year ago
I think there'll be a bit more content coming through.
Reply Show all 1 replies

Serena Ogawa Author a year ago
It's definitely a bigger topic than one guide can hold. I would love to see some more content on the topic ^-^
Reply
7 comments in total
Back to Contents