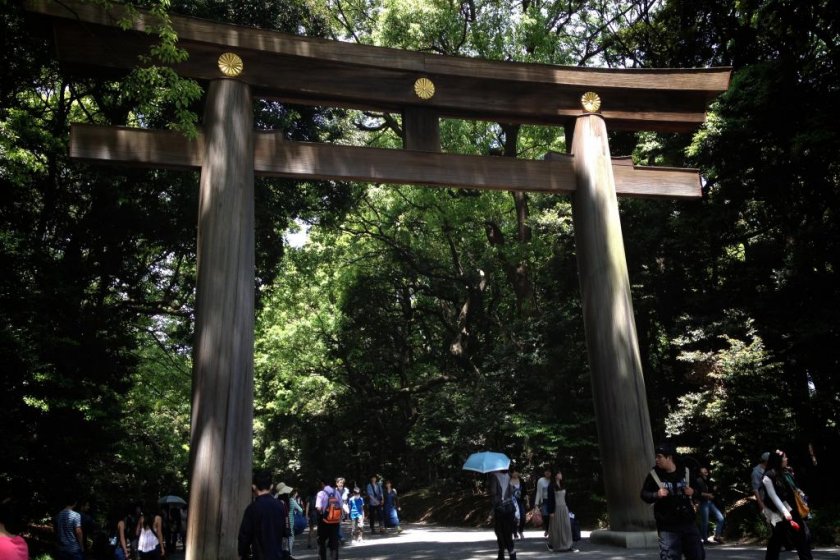 Fun facts and history you should know before visiting

The torii, or gate, marking the entrance to the shrine grounds

Did you know that the trees that fill the 178 acres (about 720,000 square meters) of Meiji Jingu (jingu is the Japanese word for shrine) were all planted by hand in the 1920s? There are quite a few fun facts that may be interesting to know before visiting Meiji Jingu. However, before delving into the trivia concerning the shrine, let us familiarize ourselves with a little bit of history on how Meiji Jingu came about.

The shrine commemorates the death of Meiji-tenno, or Emperor Meiji. It was in 1912 that the emperor passed away, and with it began the planning of a grand tribute to the emperor during the era of Japan’s great industrialization. While his body rested in Kyoto, the citizens of Tokyo who were eager to enshrine their respect for the emperor pushed for a commemorative shrine in Tokyo—the origin of Meiji Jingu.

When the construction began in 1915, more than 13,000 Japanese citizens volunteered to dedicate themselves to erecting the grand shrine—a sentiment and feat that speaks to the character and the cultural fabric of Japan at the time. In 1920, just five years after the start of the construction, Meiji Jingu made its appearance at the heart of Tokyo in its original form.

Now on to some of the interesting facts.

The mori, or trees protecting the shrine, when seen from an aerial view, are of uniform height throughout the entire 178 acres. The architects of this landmark surely did not have access to an aerial view, but upon designing the structure, they took into account the expected growth of each kind of tree that was planted, so as to give a uniform look throughout.

Another noteworthy fact is that the Meiji Jingu’s torii, or a traditional gate to a shrine, is the largest one (in terms of dimension) in Japan. Furthermore, Meiji Jingu gets the highest number of visitors for Hatsumode, a traditional visit to a shrine on the first day of the year.

While the two aforementioned bits of trivia are just some of the mystery that surrounds the Meiji Jingu, there is an even more majestic sense of wonder that can only be experienced by going to the shrine. If you plan a trip to Shibuya, Harajuku, or anywhere in the vicinity of the Yoyogi area, be sure to make a trip to one of Japan’s most celebrated shrines right at the heart of Tokyo. 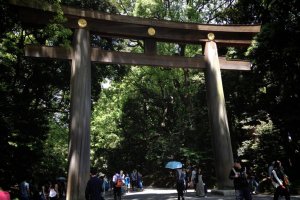 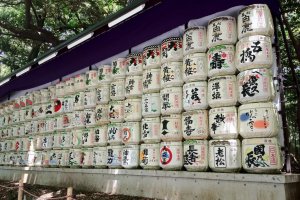 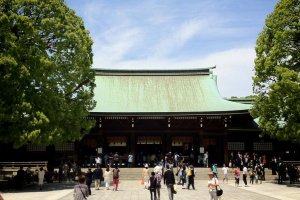 Elena Lisina 4 years ago
One of my most favorite places of Tokyo!
Reply Show all 1 replies

Sleiman Azizi a year ago
Me too. We used to walk barefoot along the path, getting a free foot massage out of it... Those were the days, lol
Reply

Preethu 5 years ago
I like to visit...
Reply Show all 0 replies

Nicole Bauer 7 years ago
Very nice wrap-up, like it a lot! Do you have any more details on the sake barrels. I think they are donations to the shrine, right? But what do they do with all the sake? Drink it all up?!
Reply Show all 0 replies
4 comments in total