A burst of natural and relaxation

Musashimurayama City has the unique distinction for being the only municipality in Tokyo without a train station. Despite this, access is no difficult task with the city basking in the glory of its natural world surroundings. History doesn't get much a look in here but with enough landmarks, it probably doesn't matter. Here is an introduction to some of these landmarks and how to reach them.

With an entrance arch set with two giant rhinoceros beetles beetles meeting, Kabuto Bridge lies just off Tamako-dori, a road snaking its way through the north-east area of the city. Surrounded by lush greenery, the bridge offers a pleasant sense of isolation while only a few minutes stroll away, just outside the city limits, sits a lovely wisteria park.

A 14-minute drive from Kamikitadai Station on the Tama Monorail Line.

With its mineral infused indoor and outdoor baths, Katakuri no Yu Super Spa offers up plenty of local bathhouse enjoyment. Acting almost like an entertainment facility, massages, eateries, hot springs and even a pool, all feature. The spa's udon and soba noodles come highly recommended.

In an area known for its nature, the existence of the Musashimurayama Sunflower Garden ought to come as no surprise. A very large field filled with sunflowers, the summer blooming season is the natural highlight of the garden's year, attracting many lovers of all things botanical.

A 10-minute walk from Kamikitadai Station on the Tama Monorail Line.

Another natural location, the Tenbo Observation Deck doesn't necessarily offer up never ending views. Rather, the deck is a raised open deck opening out onto the surrounding woods. A place of easy contemplation and relaxation, the deck is part of the many trails that crisscross the hills of the area.

A 15-minute bicycle ride from Hakonegasaki Station on the JR Hachiko Line. 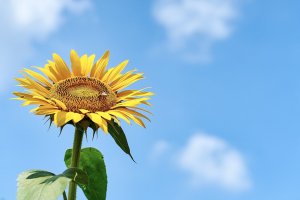 Kim a month ago
A lot of people probably find it hard to believe you can enjoy fields of flowers within Tokyo, but this proves it! I also like the tulip fields in Hamura not too far away!
Reply Show all 1 replies

Sleiman Azizi Author a month ago
Yeah, Tokyo isn't a stranger when it comes to flowers.
Reply

Bonson Lam a month ago
Coincidentally, I was thinking of going to a sunflower festival this weekend, but it was all booked out. I would love to visit Musashimurayama Sunflower Garden one day.
Reply Show all 1 replies

Sleiman Azizi Author a month ago
Another one for the bucket list then!
Reply
4 comments in total
Back to Contents