A small, hidden gallery at a shopping mall

Tired of the shopping malls in Shibuya's fashion district? How about a hidden gallery at a shopping mall instead? I happened to come across a refreshing and educating exhibition in a confined space right between two clothing stores on the 5th floor of Shibuya O1O1, which ran for a limited time in early May 2016.

The interior design of the gallery had a minimalistic style – walls are filled with grids of black and white portraits of the members from the homosexual community in Japan. The concept of the exhibition “Out in Japan” is a project aimed at highlighting sexual minorities in Japan, with several publicly praised photographers taking portraits of the LGBT (lesbian, gay, bisexual and transsexual) community.

This exhibition and the collection of portraits seek to both familiarize the Japanese general public with the presence of sexual minorities and to erase false and inaccurate assumptions of the LGBT community in Japan. Due to the discrimination against homosexuality in Japan, most homosexuals are very concerned with the traditional values of appropriate sexuality and the socially accepted sexual norms, and most choose to refrain from “coming out”. At “Out in Japan”, they work towards creating an inclusive and accepting society to provide support for those who wish to come out but are afraid of the criticisms and condemnations of the eyes of the society.

Within the gallery, there is glass box that contains in-depth information, international news, current affairs, and histories about the LGBT community in Japan. On top of the counter stands a flag which is famously known as the LGBT rainbow flag with six multicolor (red, orange, yellow, green, blue, violet) bands that represent the meaning of life, healing, sunlight, nature, art, and spirit respectively. In addition, next to the flag there is a notebook, which is decorated in rainbow colors, that allows customers to jot down messages for the LGBT community in Japan.

Not to my surprise, I found only a few pages filled with passionate and heartwarming messages, but most of the notebook pages were left blank. Is it due to lack of interest, an absence of knowledge, or disapproval? I dare not imagine. As a visual art and gender studies student who grew up in the 21st century, it is enormously inconsolable to think of people who struggle through the most difficult times in their early lives with nowhere to seek help from or to escape to. This project creates a bridge of knowledge and enrichment of the LGBT community, boldly broadens the sexual norms and allows the public to learn about and embrace sexual minorities.

Ilona is a travel photographer, graphic designer and a visual design student from University of Toronto. She appreciates Japan's unique culture and is exceptionally thrilled to share it's beauty through the eyes of her lens. 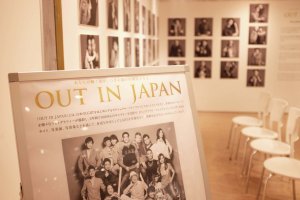 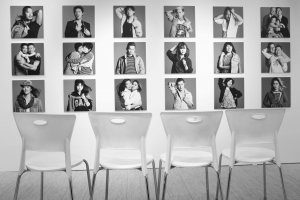 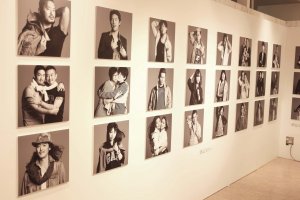 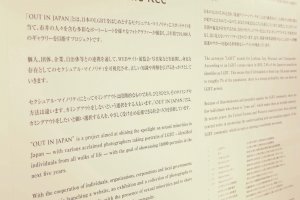 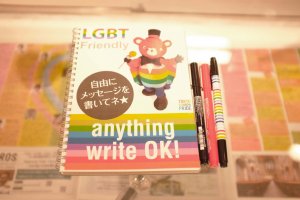 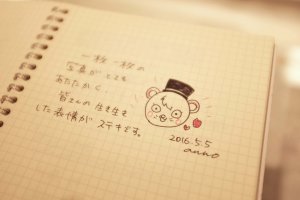