What does urban resilience mean to you?

Tonight, at the growing venture community in Shibuya called EDGEof, I participated in a meeting of the RSA Japan Fellows Network, a network of individuals working to bring about social change in Japan and beyond. We are inspired by and closely connected to the RSA in London.

The speaker was Lolita Jackson FRSA, the leading figure in resilience building in New York City. The former chair of the RSA in the United States, until April, Lolita spoke from her experience as Special Advisor, Network Relationships on Climate Change and Programs in the Office of the Mayor of New York City. Her role? It is the Chief Resilience Officer of New York City.

Before she took on that role, she had her first direct experience in resilience planning in surviving the 9.11 attack on the World Trade Center, when she worked for Morgan Stanley. Then, during her first visit to Japan in the aftermath of 3.11, she again saw how people coped with the issues of energy consumption and emergency supplies, and transit planning in both Tokyo and Kyoto. Finally, when she returned to work in her current role in New York City, she soon encountered a serious resilience crisis with the onslaught of Hurricane Sandy.

Resilience, in her words, is to consider all of the consequences of "what might happen." This, in turn, is shorthand for the ability of New York City to adequately respond to the impacts of climate change, natural disasters, the changing nature of work and the economy, migration and significant populations/demographic changes, and caring for the health and wellbeing of its people.

Without going into too much detail about what was discussed, I think it's pertinent to say that New York City is frequently thought of as a cosmopolitan and rich city. No doubt, the images of Wall Street and the glamour of Broadway and Times Square color this impression. But 45% of its population live at or below poverty, 40% of its population are born outside of the United States, and the city has the most wealthy and poorest zip codes in the entire United States.

This, in turn, is echoed in Tokyo, despite the silence with which these issues are usually met in Japan. Roughly 30% of the people of Tokyo live below the poverty line, most of them either elderly or single parent families. And more than ⅔ of all single mother households live below the poverty line. Nearly 10% of all public schoolchildren miss school for non-illness issues, often from issues related to mental health and depression. More than a quarter of all schoolchildren in Tokyo suffer from asthma, hay fever, or other respiratory issues. And, despite the efficient manner in which Tokyo responded from the 3.11 blackouts and other issues, less than 10% of its energy comes from renewables.

So why does this matter for Kokoro no Kintsugi? Because resilient cities must regain a foothold in the way it builds relationships with the surrounding countryside. The quality of food and flexibility during crisis situations, health and wellbeing, and the hopes and aspirations of youth all can be improved when city dwellers have access to and a frequent relationship with the expanses of neighboring countryside.

Because resilience is really more than speedy and efficient recovery from crisis. It is, too, more than disaster risk prevention. Although the Boy Scout Motto, which I’ve honored for more than 40 years, is, "Be Prepared," real resilience isn't just this, but is about sustainability.

Ultimately, it is about giving youth and the yet unborn a chance, the opportunity to experience the awesome power and exhilaration of life. It is about hope and peace. It is about fairness, justice, and shared responsibility. And, finally, resilience is about the joy of waking up on a cool and misty morning, taking in the air, and watching the sun rise.

But we know that we are resilient not when the days are all pristine, but after a storm, when the injuries seem great, the pains are real. After the wounds have started to heal, when we find our mast broken but our spirits strong, then we know that Kintsugi has made our stories all the richer.

Note: Based in London, the RSA (Royal Society for the encouragement of Arts, Manufactures and Commerce) has pioneered progressive thinking and action for over 260 years. The fellows network (FRSA) is currently around 28,000 people and have included Adam Smith, Karl Marx, Benjamin Franklin, Charles Darwin, and Stephen Hawking. 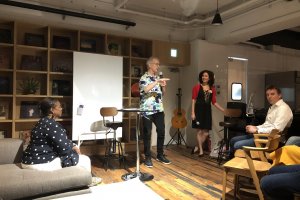 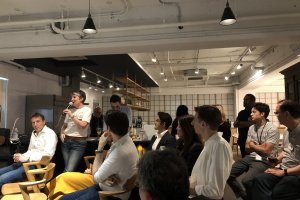 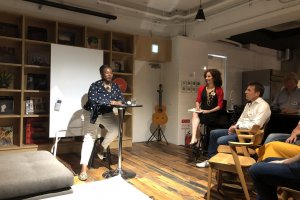 Elizabeth S a year ago
What comes to mind when I think of resilience is food security. I primarily eat a local diet and seek out local growers as much as I can.
Reply Show all 2 replies

Mike Kato Author a year ago
Thank you, Elizabeth. I think food security is key, too. For cities, this is indeed a very major shortcoming. In Tokyo and Japan, it is particularly alarming, the extent to which food security is not part of disaster risk reduction.
Reply

Elizabeth S a year ago
Your response spurred me to check stats - Japan’s vegetable and fruit producers only provide 75% and 35% of what’s consumed in Japan.

Sébastien Duval a year ago
Interesting to see New York x Tokyo in the context of resilience/sustainability! It particularly resonates with me as I was in Moriya city (between Tokyo metropolis and Fukushima prefecture) when we lived the Great East Japan Earthquake in 2011...
Reply Show all 1 replies

Mike Kato Author a year ago
I didn't know that you lived there during that time. I have done a lot of work in the post-3.11 reconstruction and have great anxieties about Japan's true resilience.
Reply
5 comments in total