Learn from the great-grandson of a samurai sword master

For a museum housing such historical artefacts, the Samurai Museum in Kabukicho hasn’t been around long - less than a year. The owner is Tetsuro Koyano, a successful businessman and the great-grandson of a samurai sword master. He built up his impressive collection with the specific aim of opening a museum to inform people of the “real” history of the samurai, untainted by Hollywood romanticising.

I would highly recommend visiting as it gets dark. The impressive and (sometimes frightening) suits of armour really stand out when illuminated solely by their own spotlights. Gentle shamisen music adds to the ambiance as you wander around the traditionally-furnished rooms. Entry is ¥1800, and everyone gets a guided tour from the friendly and knowledgeable members of staff. If it’s not too busy you might even get a tour from Tetsuro-san himself. There are pieces on show from the entire 700 years of samurai history – from the 1100s up to the Meiji Restoration of the 19th century. The bottom floor is all suits of armour, and the unique features of each are explained in detail by your guide as you walk alongside them. Some are bigger as they were made for a clan that ate red meat; some have large moustaches attached for the wearer to appear more terrifying in battle. Upstairs there are many swords, spears, and muskets, spaciously arranged alongside information in English, Japanese, and Korean. Your guide will know the history and purpose of every individual artefact in the museum. My favourite would have to be the huge 15 kg musket – more of a cannon – which would have been nearly as tall as the late-Muromachi period samurai who used it.

The museum has swordsmanship displays on the hour between 2 pm and 5 pm every day, and while I was too late for these, I did manage to catch the 7 pm lecture by Paul Martin - a world-renowned authority on samurai swords. The bilingual lecture is in a small room with space for no more than a dozen people, and is definitely worth the extra ¥3200. A UK karate champion, fluent Japanese speaker, and curator of Japanese exhibits at the British Museum, Paul could not be a more perfect teacher of Japanese cultural history for an English-speaking audience. He went through the history of the samurai sword in fascinating detail, and ended his talk with a wide array of examples for the visitors to inspect themselves. The lectures only started earlier this year, but are now running every 2 weeks.

The intimate atmosphere of this museum is unmatched by any I have previously visited. The staff-visitor ratio was almost 1:1, so at times felt more of an exchange between two friendly groups rather than a formal tour. Pictures are allowed throughout the museum, the only exception being an impressive painting of the Battle of Sekigahara. This museum is a must-visit for anyone with an interest in samurai, and should be high on the Shinjuku to-do list of everyone else. 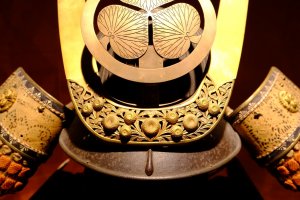 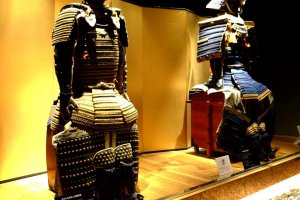 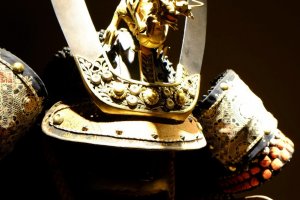 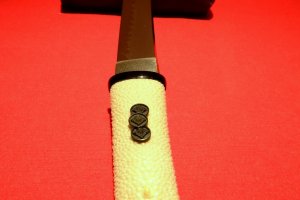 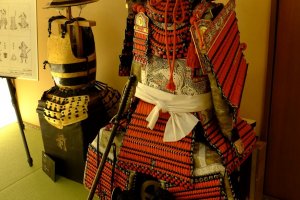 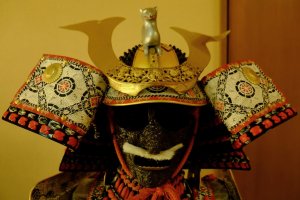 Elena Lisina 2 years ago
The helmet with "AI" symbol belonged to Kanetsugu Naoe (Higuchi) and his story is quite interesting!
Reply Show all 0 replies
1 comment in total