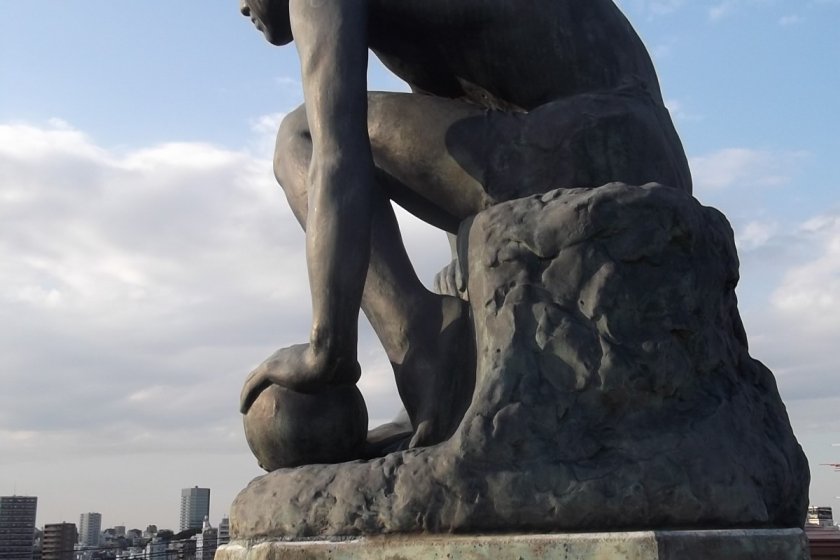 Step back in time at this beautiful Tokyo studio museum

Sitting on the roof checking out the area

One of my favourite parts of Tokyo is Yanaka, with its quiet atmosphere, quaint old shopping street, and dozens of tranquil temples and shrines. A short walk from Nippori station, the Asakura Museum of Sculpture is another of the area's charms: it's the attractive former residence and studio of renowned sculptor Asakura Fumio, preserved just as it was when he lived, worked and taught here.

As much as a museum, it's a trip back in time. Asakura moved to Yanaka in 1907, then redesigned and extended his home, completing it in 1935. He lived there then until his death in 1964, and it opened to the public as a museum in 1967; it really is a walk-in time capsule, showing us not only his highly accomplished art, but also how people of the time were living.

After you take off your shoes and enter, the first room you come to is the studio where Asakura worked and taught. There's a warm, calm atmosphere here, with a high ceiling, big windows allowing plenty of natural light, lustrous silk floss on the walls, and several of his large, striking sculptures: male and female nudes, a tall, stern-looking professor, a huge seated figure looming over the room. There are also some pictures of Asakura at work, and some laminated sheets with helpful, informative English explanations.

Moving on, the library is small and cosy, and also high-ceilinged, with shelves of books reaching up to the ceiling: I spotted some English titles, among them Nietzsche, Homer, and collections of English and French poetry. There are also some small sculptures and ceramics, plant pots and hair oil bottles which I suppose belonged to Asakura. The neighbouring, equally cosy reception room is similar, with fewer books, but animal and human skeletons on display, and I wondered what his guests would have made of these.

The rest of the first floor is built around the attractive central garden, where large carp glide slowly around the rocks and stepping stones of the pond (but visitors aren't allowed out there). There's not so much to see in these rooms, but I enjoyed the hush, the simple, elegant design of his home, the tatami mats under my feet, both soft and firm at the same time.

The second and third floors are equally appealing, with some more spacious tatami rooms, sculptures and ceramics dotted around, and pleasant views down over the garden. There are also a couple of exhibition rooms up here, populated largely by sculptures of cats; Asakura dearly loved cats, at one time owning fully ten of them, and that may be the reason he chose Yanaka, as local cats are even now a feature of the area.

Finally, you can make your way up onto the roof: here there's a garden with flowers, shrubs, vegetable patches, even a tree, and also a fine view out over Yanaka Cemetery towards the Skytree. Tending the garden was a compulsory part of Asakura's teaching, included to develop his students' sensitivities by bringing them closer to nature.

The museum is open daily except Monday and Thursday from 9:30am to 4:30pm, closing for the New Year holiday and while changing exhibitions. Admission is ¥500 for adults, ¥250 for school age students, with a discount for groups of twenty or more. 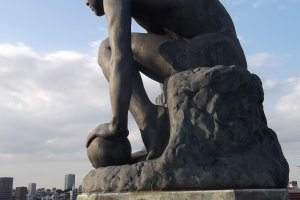 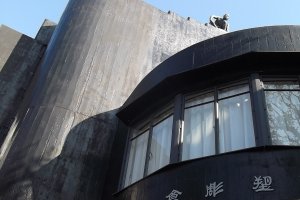 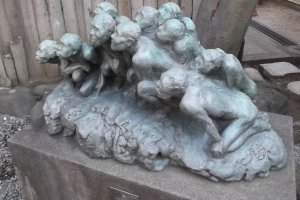 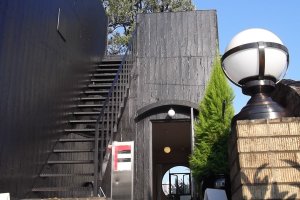 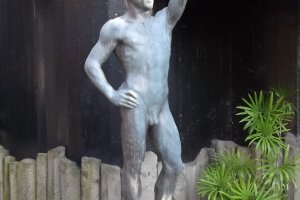 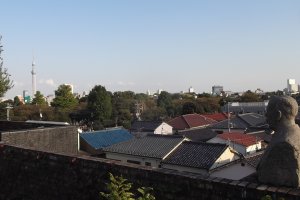