Entertainment at its finest

Temporarily closed until further notice due to coronavirus measures

Japan is known for its strange restaurants, such as locked up in prison, fishing restaurants and more. The Robot Restaurant, one of its best, puts up a remarkable show for its customers.

Even prior to entering the restaurant, visitors will already be able to feel the abundance of energy radiating from the lights on the building, and hear the welcoming roar from the speakers. As you enter the restaurant, it feels rather like entering a kaleidoscope. There are props and designs of vibrant colors on the ceiling, walls, and even the ground. Before the show, visitors can buy snacks and drinks. The first sign of any robots is the robot stand of popcorn.

The show proceeds with an enthusiastic show host, triggering the crowd to applaud and cheer. As most visitors are foreigners, the content of the show is in English, which is convenient for most of us. By captivating the crowd, the atmosphere of the room transforms to exuberance.

One of the aspects that made the show entertaining was its storyline. The show was composed of several stories, with each having different themes. In each story, actors were dressed in drastically different outfits and brought out different robots, each highly innovative. The costumes seemed inspired by the youthful J-Pop culture. There were even characters/robots from recent movies that were featured in the show! During the show, there were several times where the actors directly engaged with the audience. However, even just the show itself allowed the audience to sit upfront close to the performance, intensifying the senses. In addition to the robot show in the center of the stage, the huge wide screens on the sides also amplified the show effects. From simple props to high tech effects, this show has it all. Throughout the show, many modern English songs were also incorporated, which really enhanced the mood with the show itself. Even though the stage was small, they were able to fit numerous robots, actors, and more onto the stage, which was quite impressive

Although it is called a ‘’robot restaurant’’, I think it’s safe to call it a robot show instead. The seating area is very compact, arranged into twos. This restaurant seems to target foreigners, particularly couples. They do serve food, but only three choices of bento. Since the location is in Kabukicho, where numerous of authentic Japanese restaurants are located, I would suggest you appease your appetite before the show.

Find out more about Robot Restaurant. 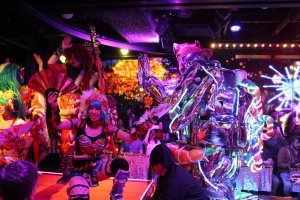 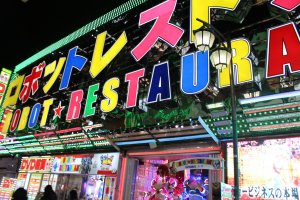 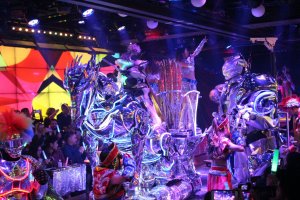 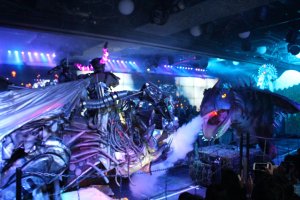 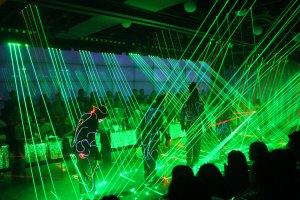 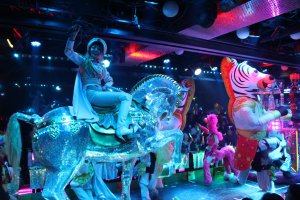 Elena Lisina 8 months ago
Sounds like an attraction for foreign tourists but not real Japanese culture. But maybe I'm mistaken?
Reply Show all 0 replies
1 comment in total