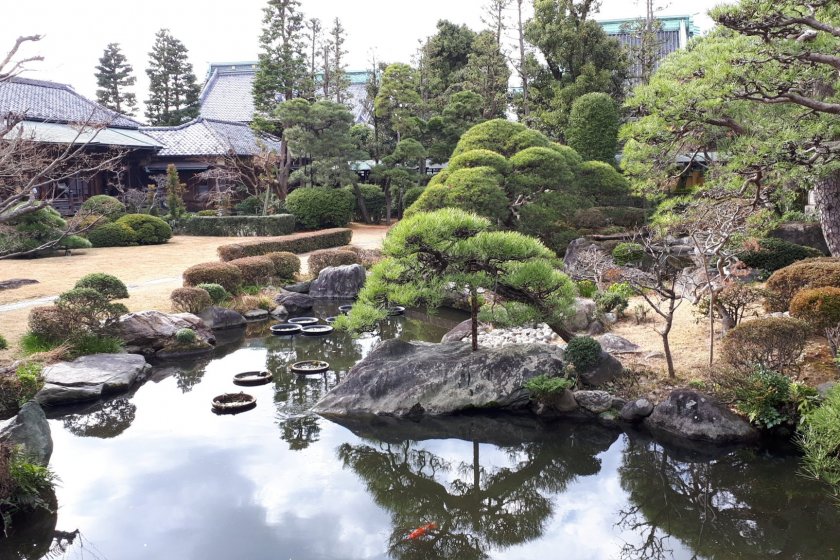 A visit to Shibamata in Tokyo’s Katsushika City Ward is bound to be a delight of authentic tradition, history and culture. Much of the area's appeal lies in its decidedly retro atmosphere with Showa-era themed museums, traditional shotengai shopping streets and old-feel temples.

The most impressive of these temples is most assuredly Shibamata Taishakuten, an intricately detailed Buddhist temple that draws in the visitors throughout the year. The New Year period is a particularly energetic time as worshippers and the curious come to pray for good fortune for the coming year.

Just behind the temple, but part of the temple grounds, lies an exquisitely designed and landscaped strolling garden named Suikei-en. Commemorated in the 1920s, the garden was the result of the famous garden designer, Nagai Rakuzan. His efforts still live on in the garden today. While entry into the grounds of Taishakuten is itself is free of charge, entry into the garden is JPY400. The ticket is also good for access to the incredible wood carvings of the Taishakudo hall.

Suikei-en garden features a path that takes you around the garden proper. Views of the garden change according to your position on the path and in the blooming months of spring and autumn, is guaranteed to please. During the cooler winter months, the chilly bite of the air gives the garden a feeling that could almost be described as aloof. It was certainly keenly felt inside the dedicated viewing corridor where sipping the complimentary tea and looking out over the gardens became an intensely simple pleasure, one reflecting the aesthetic sensibilities of the garden's design.

A trip to Taishakuten Temple is not complete without a visit to its Suiekei-en garden, completing a lovely time at this most famous of temples.

The gardens are a 5-minute walk from Shibamata Station on the Keisei Kanamachi Line. 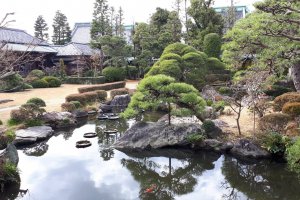 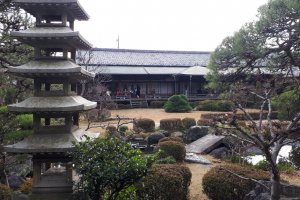 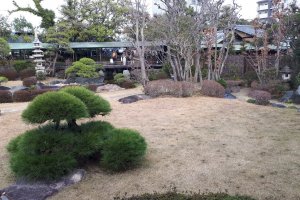 Sherilyn Siy 8 months ago
What a peaceful looking place right in the city.
Reply Show all 1 replies

Sleiman Azizi Author 8 months ago
And a cup of tea to go with it.
Reply

Kim B 8 months ago
I love how precise the landscaping is in Japanese gardens...every element seems so thoughtfully considered.
Reply Show all 1 replies

Sleiman Azizi Author 8 months ago
It's quite pleasant. The viewing corridor in particular gives a very nice view of it all.
Reply

Elizabeth S 8 months ago
The whole place - Taishakuten, neighboring Yamamoto-tei, and this garden - are a tiny Japanese wonderland. The pavilion with tea (help yourself) is a great vantage point to view the garden.
Reply Show all 1 replies

Elena Lisina 8 months ago
Beautiful graden, even in winter! But probably too shilly to sit down for a while?
Reply Show all 1 replies

Sleiman Azizi Author 8 months ago
Oh no, it was nice. The viewing corridor is lovely and the warm tea helps.
Reply
8 comments in total