Sun, sea and world-class surf on the Tokyo islands

Tokyo: stretches of golden sand, crystal blue water sparkling in the sun, pina coladas and other island paradise clichés. The secret’s out, or maybe we missed the boat (gettit?!), but surfer’s haven and desert island getaway Niijima is only a short ferry-ride away from the big city.

The volcanic Niijima Island is one of a group known as the Izu Seven, easily reached with the Tōkai Kisen boat service which departs from Takeshiba Sanbashi Pier. Tokai Kisen runs two kinds of boat service; a jet boat which takes 2 hours 20 minutes or the much cheaper overnight ferry service leaving from Tokyo at 11pm and arriving the next morning around 8am.

You’ll step off the ferry feeling like a cast member of Lost meets Point Break as you’re met with lush green hills cloaked in a mysterious sea mist and a seemingly endless coastline dotted with surfers, though we didn’t manage to spot any sweaty polar bears.

The island has a population of around 3000 people which increases dramatically during the summer months. We went during the four-day Golden Week when tickets for the boat are especially hard to get, but it was still possible to find a secluded beach all to ourselves.

Options for accommodation sadly aren’t limited to building your own survival camp; there is actually a fair selection of places to stay. The campsite on the western side of the island is free and well-equipped, with a cookhouse and showers (cold water only), and is located opposite Habushiura beach which hosts regular surfing competitions.

There are also lots of minshuku, a kind of Japanese-style guesthouse with the rented rooms being part of the owner’s home. Minshuku are a great way to experience local culture and get the best tips for what to see and do. Your minshuku hosts will also provide you with a traditional breakfast and dinner – practical, as there are only a few local restaurants scattered throughout the island, all with seemingly random opening times.

The island is small and flat enough to get around by bike. Your accommodation should be able to lend you a bicycle, though there are also a couple of cheap rental shops within walking distance from the port. Some of the bikes look as though they’ve been dredged from the bottom of the sea, so if you want something fancy with gears, you can bring your own.

Surfing is of course the main draw for visitors to the island but there are plenty of other things to do. Yunohama onsen (hot spring) is a large, outdoor bath with spectacular panoramic views that uses water from the ocean below. Entrance is free and open 24 hours, and unlike most traditional Japanese onsen, users are required to wear a bathing suit.

There are also regular boats to the smaller, neighbouring island of Shikine-jima, where the beaches are less crowded and the water is clear enough to snorkel. There are several onsen on the island and you can camp on the beach at one of two basic campgrounds.

Elsewhere, Niijima is famous for producing a special kind of olive-colored glass and the Niijima Glass Art Center provides fun glass-making workshops (reservation required). There’s also a small shrine known as Jusansha Jinja, and the Exiles Cemetery which contains the graves of 118 exiles banished to Niijima during the Edo era. 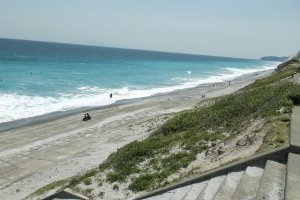 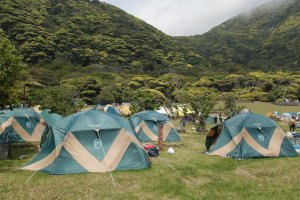 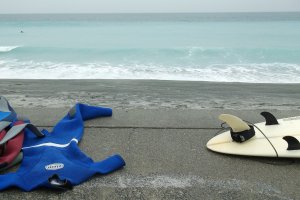 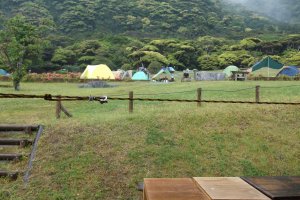 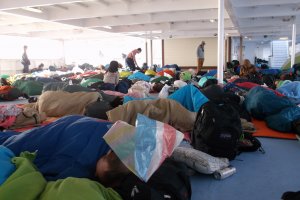 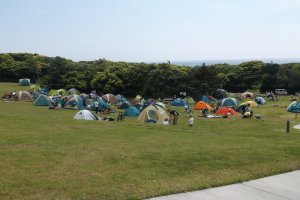