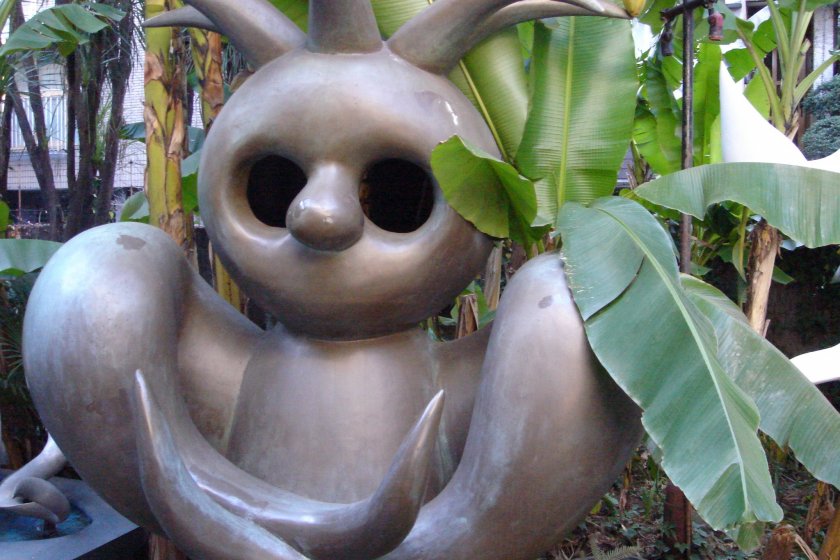 Honouring an explosion of life and art

From the garden of the museum, almost prehistoric and primal

"Art is an explosion!" exclaimed the late Okamoto Taro. Considered avant-garde by many, Okamoto himself resisted such labelling, refusing to be constrained by any ism. And it shows in his works.

Exploding with colour, lines and expression, Okamoto was inspired by Japan's prehistorical Jomon period when, according to Okamoto, humans threw themselves into life in order to survive.

Okamoto painted, sculptured and wrote. And everything he created clashed with common notions of what art was and what it represented. He considered harmony to be a clash that gave rise to life and refused to sell his works, giving them to public spaces all over Japan. A taste of that life can be found in the Taro Okamoto Memorial Museum in Aoyama, Tokyo.

The museum is a veritable jungle of greenery, its garden entryway filled with sculptures that you can actually touch and feel for yourself. In doing so, the vibe becomes markedly different from any other art museum in Tokyo - you are allowed to experience the art rather than staring at it from a proscribed distance.

Inside, you immediately get a sense of the free energetic spirit lying behind Okamoto's work. Rows and rows of his paintings lie unfinished, their places apparently unchanged from the moment of his passing in 1996. And rather than being a solemn memento of his life, they offer a strangely lively feeling.

For a taste of the living, visit the Taro Okamoto Memorial Museum. And if you ever get the chance to listen to him speak (just scour the internet for videos), do so. Even if you don't understand Japanese, you cannot but help be impressed by the vital energy erupting from out of him.

Art is an explosion? Better believe it.,.

Take the Ginza, Chiyoda or Hanzomon Subway Lines to Omotesando Station. The museum is about an 8-minute walk from Exit B3. 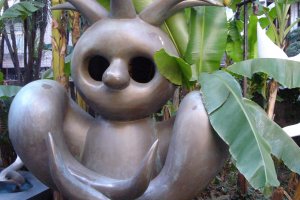 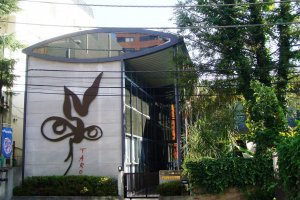 Elena Lisina 9 months ago
So sorry I was late for it... :(
Reply Show all 0 replies

Elena Lisina 10 months ago
There is also the museum of Taro Okamoto in Kawasaki, seems close to Nihon Minkaen. There is no any material about it on JT yet!
Reply Show all 0 replies

Elizabeth S 10 months ago
At Shibuya Station, you cant miss the mural “Asu no Shinwa”, Myth of Tomorrow. It is one of Okamoto’s biggest explosions. Literally.
Reply Show all 0 replies

Kim B 10 months ago
Some really unique pieces there from the looks of it!
Reply Show all 2 replies

Sleiman Azizi Author 10 months ago
They are just...different, right?
Reply

Kim B 10 months ago
I like them! Quirky and charming for sure!
Reply

Sleiman Azizi Author 10 months ago
I was watching an inteview with him earlier today and was blown away by his energy. When he speaks, he is just bursting at the seams with life. It's amazing to watch. His art is the same. I'm partial to his sculptures more so than his paintings as I love the Jomon influence.
Reply

Elena Lisina 10 months ago
Sleiman, thank you very much for this article as I'm searching for something unusual and artistic to visit in Tokyo! I like sculptures more, too as I'm not an expert of painting, but as a doll artist I do appreciate 3-D arts more. : ) Thank you! I think I'll visit this museum.
Reply

Sleiman Azizi Author 10 months ago
I'd love to hear your thoughts about it after your visit.
Reply

Elena Lisina 10 months ago
Yes, sure! Is it allowed to take photos there?
Reply

Elena Lisina 10 months ago
GOOD! Thank you very much, Sleiman! I wrote this place in my plan for the upcoming visit! :D
Reply
13 comments in total