Japanese tradition and hospitality in the heart of Tokyo

The Capitol Hotel Tokyu is an oasis where Japanese design meets modern luxury. The hotel’s philosophy is described as merging ingenuity with traditional hospitality and is derived from the Japanese words Fueki-Ryuko. "Fueki" means consistency and "Ryuko" means transition.

The location is set right in the heart of Tokyo in the neighborhood of Nagata-cho - Tokyo's political center - situated next door to the Prime Minister’s Official Residence and the National Diet Building. Although being centrally located and conveniently connected to four major Tokyo Metro subway lines, the atmosphere surrounding the hotel is rather serene. Set atop a hill that overlooks the Hie Shrine, guests can experience peace, nature, and Japanese modern.

It wasn’t until the mid Showa period in 1963 that the hotel building itself was born as the Tokyo Hilton Hotel. This happened through a collaborative agreement between the American hotel management company of Hilton International and the Japanese urban development conglomerate Tokyu Group. Twenty years later, on January 1st, 1984, Tokyu Group took whole ownership of the hotel and it was rebranded as The Capitol Hotel Tokyu. In 2010, the hotel reopened after a four-year hiatus, revealing a fresh new look with a contemporary, minimal design that displays Japanese tradition and aesthetic with luxury and sophistication.

There are 251 spacious rooms, including 13 suites offering panoramic impressive views over Tokyo. ‘The Capitol Suite’ room on the 29th floor is the largest and most luxurious room featuring a kitchen, dining room, living room, bedroom, and study. If you are looking for more exclusivity, the suites on the fifth floor overlook the luscious green landscaped gardens for ultimate tranquility. Other guest rooms have the option of two semi-double beds or a king-size bed. While they may not be suite rooms, they have the same unique design features and attention to detail, such as tastefully placed shoji paper screen doors, that make each room quintessentially Japanese.

The details extend beyond the guest rooms where just walking through the hotel has the ambiance of being in a museum of Japanese art. The hotel incorporates works from prominent Japanese artists and architects, including Kengo Kuma, who designed the main structure of the hotel’s entrance and lobby. Guests are welcomed by a seasonal display of ikebana designed by the renowned Sogetsu school, and works of the abstract calligraphy artist Toko Shinoda, to name a few.

There are three restaurants, a bar, and a pastry boutique located in the hotel. Suiren, the hotel’s signature restaurant, is located in the beautiful surroundings of the hotel garden and offers kaiseki Japanese cuisine, as well as a sushi bar, tempura counter, and even a teppanyaki grill.

Don’t forget to make use of the spa and fitness facilities that include a 20-meter indoor swimming pool with views just as impressive as in the guest rooms. There is also a gym, Jacuzzi, and the ‘Carju Rajah TIADO’ spa for that pampering treatment that we all need from time to time.

Since its beginnings The Capitol Hotel Tokyu has upheld a level of exceptional traditional Japanese hospitality, with its signature service and style beloved by guests from around the world. Tokyu Group has quite a few hotel brands throughout Japan, but this one may just be the crème de la crème. 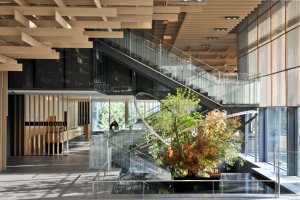 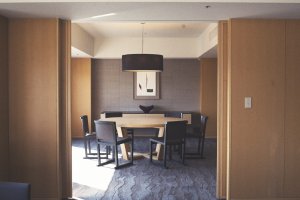 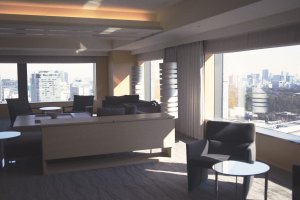 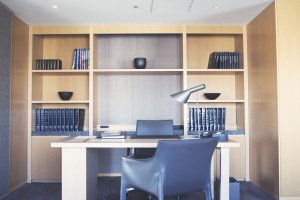 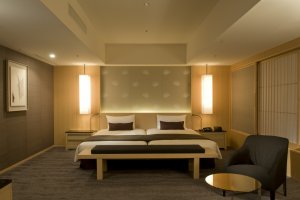 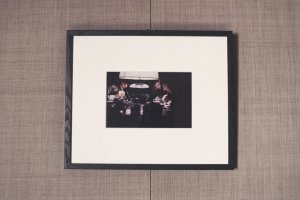 Elena Lisina 5 years ago
Good design for my taste! Thanks for great photos!
Reply Show all 0 replies
1 comment in total