The Heritage of Hokusai Katsushika

A visit to the museum dedicated to the famous Edo artist

The masterpieces of Hokusai Katsushika are some of the most well-known of Japan's artworks and he himself has become one of Japan's most celebrated artists.

Having a strong professional and personal background in the arts, I was very interested in the 2016-opened museum and gallery dedicated to Hokusai. There is detailed information about the Sumida Hokusai Museum on this Japan Travel site, but for now, I want to share my own impression after my visit.

The first impression comes from the building itself. Conceptually, it is meant to be a part of the surroundings. However, I felt that it was ‘something out of time and place’, perhaps a bit too unusual and futuristic. If I didn’t know what was inside, I would never have made the link that this was a Hokusai museum. I decided to put aside my first impression for later…

Inside, the museum was not a traditional picture gallery. A dark main hall with spotlights reflecting in the black sparkling ceiling suggested an association with the cosmos. Few framed works by Hokusai were hung on walls and other works could be viewed on glowing monitors. My impression was - well, it’s futuristic! Well, modern, actually as this form of display is closer to current generations beholden to computers and smart phones. Representative of his own technology in the Edo period was the life-size model room featuring Hokusai passionately drawing (with many rejected and crumpled sketches) in his small room.

I saw that museum as a message to the next generation. The creations of Hokusai have already passed the test of time, being appreciated over the centuries and will live much longer than today’s generation. While unsure when I entered, by the time I left the museum I have to say that I was impressed and can still recall the elegant and precise lines of Hokusai’s images floating in dark ‘universe’… 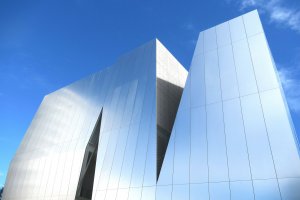 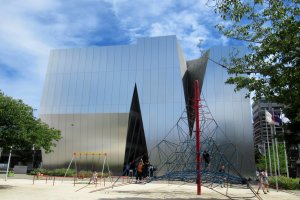 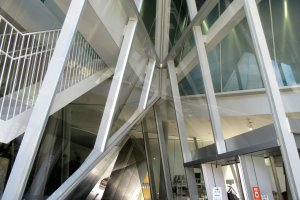 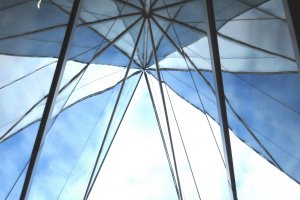 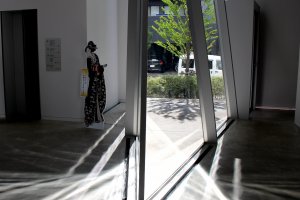 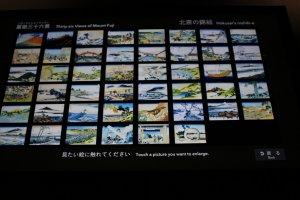