The furthest place you can visit and still be in Tokyo

The furthest place you can travel and yet still be in Tokyo, Hahajima Island is a two-hour ferry ride from Chichijima Island, itself a twenty-four hour ferry trip from the mainland. The second of the two inhabited Ogasawara islands, Hahajima Island is home to Tsukigaoka Shrine and its limestone cave, the Ross Museum made out of the island's native ross stone, the World War II relics of Shizukasawa Promenade and the view-spectacular that is the Samegasaki Observation Deck.

Set just behind Oki Port lies the very small Tsukigaoka Shrine. Basic in the extreme, the shrine is home to many of the island's native birds. Beneath the shrine lies a chamber with an entrance to the old Kiyomigaoka limestone cave. It is possible to explore this small cave with permission from the Hahajima Tourist Association.

The Ross Museum is a free local museum that takes a look at the history of the island, a history which includes, whaling, Spanish exploration, samurai warriors and American military colonisers. The building itself was once a sugar storehouse and is made from the island's naturally forming ross stone.

Two minutes by car or seven minutes on foot from Oki Port.

The island was once used as a military base during World War II. Shizukasawa Promenade features many relics, left untouched, from that confronting period of Japan's history. You'll find numerous rusted out guns, and storage dumps. Left exactly as they were during the war, the jungle surroundings lend an eerie feeling.

Three minutes by car or fifteen minutes on foot from Oki Port.

Located in the island's Wakihama Nagisa Park, the Samegasaki Observation Deck offers fantastic panoramic views of the port and ocean. Famous for its beautiful ocean sunsets, the area is also one of the places where migrating whales can be seen during the winter months. 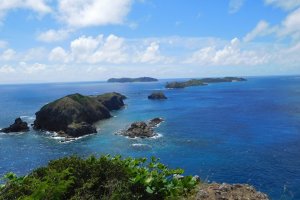 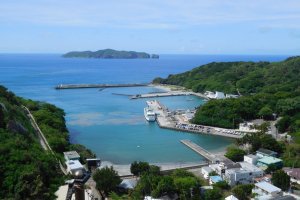 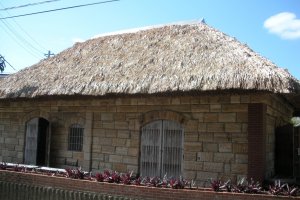 Elizabeth S a year ago
It’s an epic journey to get there, but it looks so beautiful. I’ve read about how it’s like the Galapagos of Japan, with species unique to the islands.
Reply Show all 1 replies

Sleiman Azizi Author a year ago
Yes, unique and protected. No rampant tourism in this part of the world.
Reply

Kim a year ago
The views alone have piqued my interest!
Reply Show all 1 replies

Sleiman Azizi Author a year ago
I find the isolation fascinating.
Reply
4 comments in total
Back to Contents