Explore one of the most unique aquariums in Japan

The Tokyo Sea Life Park located in Kasai Rinkai Park is one of the most unique aquariums in Japan. It may not be the biggest, but this aquarium prides itself on its ability to reproduce aquatic habitats from not only Tokyo, but the world over. The aquarium is home to a vast range of reproduced habitats of oceans and seas around the world as well as a Californian Kelp forest, a Freshwater habitat and - no aquarium would be complete without it - a Penguin exhibit.

This impressive range is hard to beat, however, perhaps the most thrilling feature of this aquarium is the breathtaking 2,200-ton donut shaped tank home to pelagic species such as Bluefin and Yellowfin Tuna. It is the world’s first aquarium to exhibit pelagic fish swimming in cluster and successfully spawning. Another impressive feature of this aquarium is its focus on education, not only for the children, but also for the adults. The education hub houses a supervised touch tide pool for children to not only learn about the sea creatures, but to also have a feel for themselves. In addition to the touch pool, there are interactive fish encyclopedia touch panels, video guides and expert staff who run frequent educational lectures on various topics throughout the day. The aquarium is home to a library, auditorium, cafeteria, gift shop and of course restroom facilities if the sound of all that running water gets the better of you.

The Tokyo Sea Life Park is open 09:30 ~ 17:00 everyday except Wednesday (Thursday if Wednesday is a public holiday) and is closed from December 29 through January 1. One of the great things about this particular aquarium is that it won't cost you an arm and a leg, with Adult admission costing a mere ¥700 and children (0-12) absolutely free!

If you would like to brave the crowds, admission is free on October 10 (The aquariums anniversary), May 4 (Greenery Day) and October 1 (Tokyo Citizens Day). The aquarium is most easily accessible from JR Kasai Rinkai Koen Station, a 15 minute ride from JR Tokyo station on the Keiyo Line. From there, its only a 5 minute walk through the Kasai Rinkai Park. 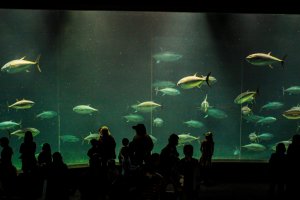 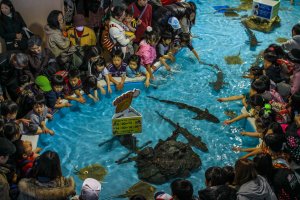 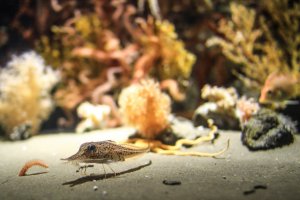 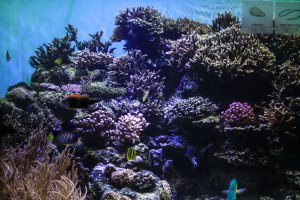 Elizabeth S 4 months ago
The touch tide pool was fascinating for this big kid. I got to pet a small shark and learned that their skin is velvety soft. The massive fish in the giant tank are mesmerizing, too.
Reply Show all 0 replies

Elena Lisina 2 years ago
I love aquariums and would like to visit this one!
Reply Show all 0 replies

Olga 6 years ago
We missed a chance to visit the aquarium last time and still didn't make it.
Reply Show all 0 replies