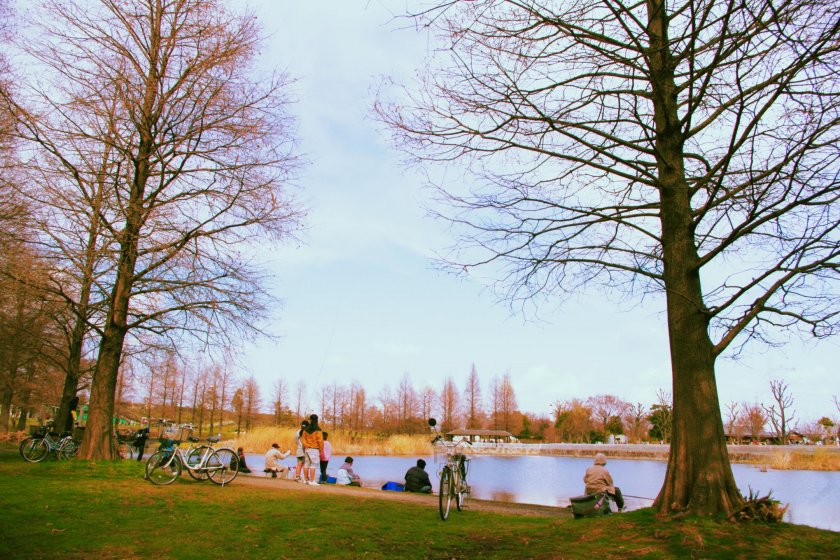 One of Tokyo's largest public parks

There really is a lot of space here

Originally planned as commemoration of Japan's millennial lineage, World War II put a hold to the development of Toneri Park until 1981 when it was opened to coincide with the 50th anniversary of Emperor Hirohito's ascension to the throne.

Now the third largest of central Tokyo's public parks, Toneri Park is a very popular destination for not only the outdoor-minded but also for family and friends wishing to take a break from Tokyo's central crush.

With its athletic and baseball fields, fourteen tennis courts and children's soccer ground, the park is overflowing with sporting space. When you then add in the park's picnic and barbecue facilities, its fishing and camping sites, the rare bird sanctuary, the children's water park and several ponds - including the giant pond, you can easily appreciate just how much space there is and how much there is do here.

There are scores and scores of trails that crisscross the park while the Nippori-Toneri Liner cuts through the middle, separating the sporting areas on the west side of the tracks with the camping, barbecue, ponds and others areas on the east side.

No space as large as Toneri Park would be complete without Japan's seasonal flowers. The park comes alive with flowers during spring and autumn offering the botanically inclined a much needed floral boost after the concrete and neon lights of the city.

Toneri Park is another one of Tokyo's fantastic public spaces and with it's suburban location, offers an authentic respite from the hustle and bustle of non-stop Tokyo.

The park is a 1-minute walk from Toneri-koen Station on the Nippori-Toneri Liner Line.

If you're comfortable enough to try the bus, take the Iriya Junkan bus from the West Exit of Takenotsuka Station on the Tobu Skytree Line and get off at Naka Iriya bus stop.

Alternatively, take the Adachi Community Bus from the West Exit of Nishiarai Station on the Tobu Skytree Line and get off at either the Toneri Koen Higashi or Toneri Koen Eki bus stops. 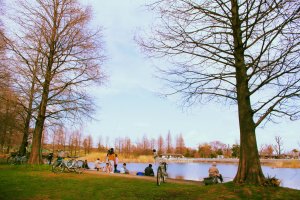 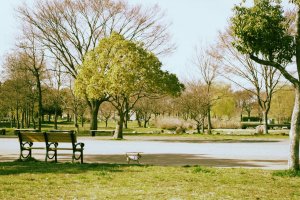 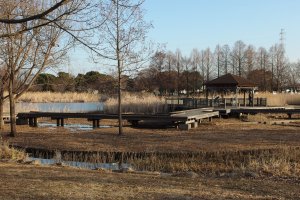 Kim B 5 months ago
I don't think I had ever even heard of this park before! Love all the open space.
Reply Show all 1 replies

Sleiman Azizi Author 5 months ago
An eruption of it. There's plenty of space in Tokyo if a person wants it.
Reply
2 comments in total