Japan's only museum dedicated to this popular fruit

Japan is known for having some very unique museums. One which definitely fits that description is the Tottori Nijisseiki Pear Museum, dedicated to the popular fruit which is cultivated in the prefecture. Spread out over two floors, the museum has a range of exhibits to educate yourself about all things pear-related.

Once you enter, it's impossible to miss the giant pear tree which acts as the symbol of the museum. The tree is 20 meters in diameter, and owns the title of being the largest pear tree in Japan during the 20th Century. The tree is so large, in fact, that it was able to harvest 4000 pears a year - compare that to an average tree which yields around 800 pears, and you can see why this one was so revered.

Another interesting exhibit is the section dedicated to pears of the world. There are around 70 types of pears on display from all corners of the globe, along with details of their production status in their respective countries.I was particularly interested to learn about Australian pear production - a large number of pears are actually harvested in Shepparton, a town I didn't live far from.

There are pear gardens on the museum grounds as well, and during the month of May they usually run a pear-picking experience. It's worth keeping an eye on the museum website for details about these hands-on events.

Once you've explored all of the displays, be sure to head to the on-site cafe where you'll find a range of pear-themed refreshments. The pear soft cream is one of the most popular menu items - it combines the zingy pear flavor with a smooth vanilla undertone.

The Tottori Pear Museum is located approximately a ten minute drive from Kurayoshi Station, served by the Sanin Main Line.

Do note that if you're an international visitor, the museum offers an admission discount - bring your passport! 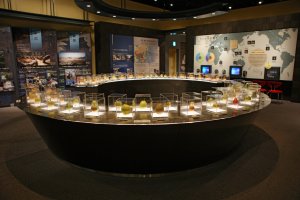 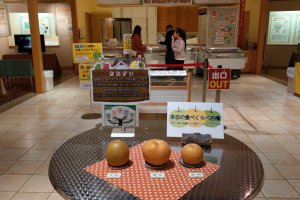 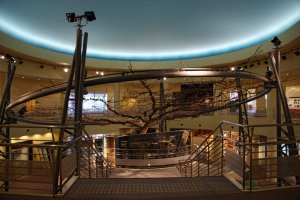 Sleiman Azizi 6 months ago
I honestly would never have thought of this...
Reply Show all 3 replies

Kim Author 6 months ago
I have a low-key obsession with unusual museums! You can taste test several different nashi here too!
Reply

Sleiman Azizi 6 months ago
Japan has many unusual museums...
Reply

Kim Author 6 months ago
So many! I'm convinced there's one for just about any topic or interest.
Reply

Guillaume Doré 6 months ago
I went to Kurayoshi last year. First I checked the old town, then as I had time, I decided to go... and it ended up being close on that day, so instead I went to the figure museum. At least I had the chance to eat pear and pear desert when I was in Tottori.
Reply Show all 0 replies

Guillaume Doré 6 months ago
Pear is one of the local specialty of Tottori, so it's not so surprizing. It would be the same as to have an apple museum in Aomori.
Reply

Sander van Werkhoven 6 months ago
I haven't been there (yet...), but that indeed does exist: https://goo.gl/maps/64zx8L1hjYA95P3C8

Japan never disappoints with it's museums about unlikely things. The Hotaruika Museum in Namerikawa still tops my list, but a pear museum comes pretty close :-)
Reply