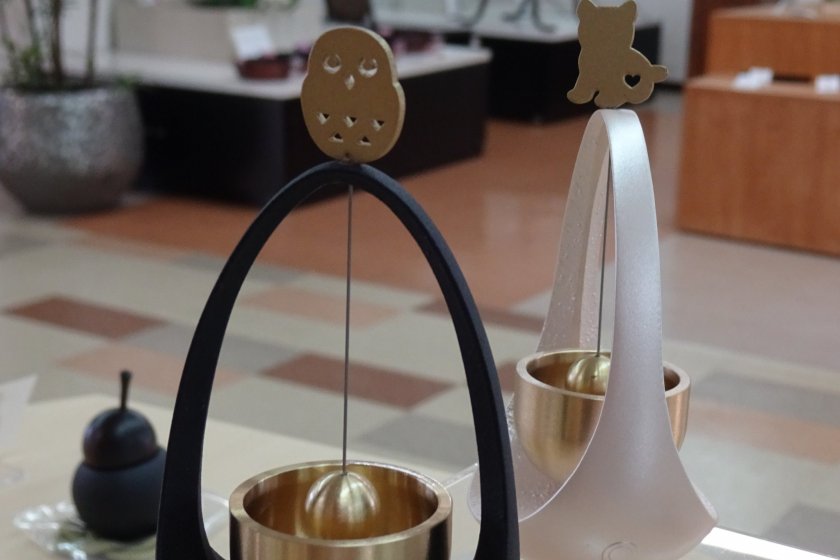 An interesting version of a bell

You like sake and you enjoy sampling the regional flavours of this Japanese brew, but do you own your sake cup?

At the Takaoka Regional Industrial Promotion Center you can cast your own sake cup!

Takaoka is famous throughout Japan for its well-developed metal casting industry. Imono, or cast metal items, from Takaoka have been recognized by the Japanese Government as Traditional Japanese Craftwork.

The casting tradition dates back to the early 17th century when some metalworkers settled in the Kanaya-machi area of Takaoka. These artisans were called to Takaoka by the Lord of Takaoka Castle, a member of the Kaga Clan which ruled over this area during Japan’s feudal period. When Japan began to modernize in the mid-19th century, Takaoka’s metal items became were popular and the region experienced a boom in metal casting.

In Kanaya-machi you can still see five traditional townhouses of metal casting masters and the remains of Nambu Foundry, and you can visit the Museum of Historical Records of Metal Casting.

A variety of metal casting techniques are used, including copper, brass and bronze, as well as tin, and mixtures of different metals. Copper casting in Takaoka now accounts for 95% of domestic production in Japan.

The “classic” usage of Takaoka Imono is in form of Buddhist statues, engimono (lucky charms) and omamori (amulets) and as utensils for the “three classic arts of refinement” in Japan: Kato, Sado, Kodo, or flower arrangement, tea ceremony and incense appreciation.

In recent years inspiration for casting metal items came from the manga and anime world. Statues of popular characters cast in Takaoka Imono can be found at Kameari Station and in Yotsugi-tsubasa Park in the Katsushika Ward of Tokyo, and at Sakura-shinmachi Station (Tokyu Denen-toshi Line) in Setagaya Ward of Tokyo. These wards want to revive their communities by attracting more visitors interested in these metal-cast manga and anime characters.

Recently metal workers try to focus more on producing items for daily usage, like cups and plates. The centuries-old craft of Takaoka metal casting is combined with modern taste and interior design to produce tableware and craft items.

The metal workers cooperate with famous Japanese designers to create ‘hit products’ that become popular as gift items. For example, tableware that combine brass and wood elements. It is also the antibacterial properties of tin products that add to their popularity.

The Takaoka Regional Industrial Promotion Center (Takaoka Chiiki Jiba Sangyo Center), located not far from Shin-Takaoka Station, exhibits a great variety of regional products made by 57 factories and workshops. All items are for sale.

In addition to metal items, there is also a large selection of Takaoka lacquerware (Takaoka Shikki). Out of the 37 production sites of lacquerware in Japan, Takaoka ranks no 8 in terms of output. Takaoka Shikki might not be the most famous in Japan, like Washima Shikki on the Noto Peninsula for example, but it has an equally long history of 400 years.

The Center is open from 9am to 5pm every day except on Tuesday and during the New Year holiday period. 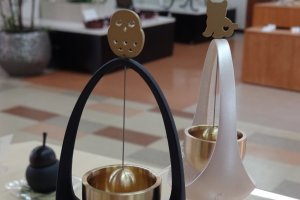 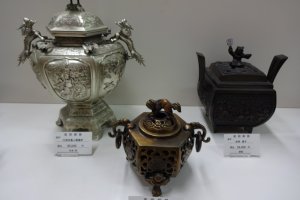 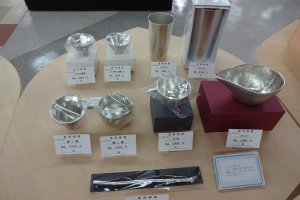 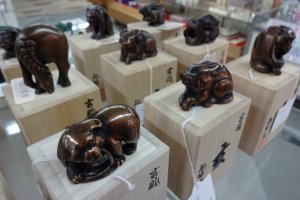 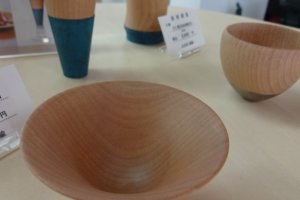 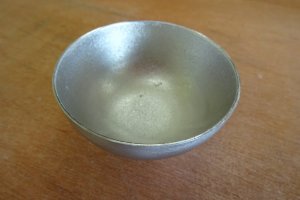 Kim 4 years ago
The incense burners are so ornate and beautiful! I also really like the look of the wood and metal combination cups.
Reply Show all 0 replies
1 comment in total