A Pilgrimage on the Imperial Route

What to know before walking to Kumano Hongu Taisha

Anyone who’s walked the Nakahechi or the Imperial Route of the Kumano Kodo — or any Kumano Kodo route for that matter — will tell you what an amazing experience it is. The misty forests, sweeping panoramas, and ancient shrines all come together to conjure not only an appreciation of the beauty of the region, but a respect for its spiritual and cultural significance. This overarching spirituality is really what defines the Kumano Kodo experience, and as such it is really done best when an idea of its history is gained before setting off.

Kumano has been associated with nature spirituality for thousands of years. The first pilgrims started more formally departing for the “Kumano Sanzan" (The three grand shrines of Kumano: Hongu, Shingu, and Nachi) in the Heian Era; extending from the eighth to the twelfth centuries AD. It was nicknamed the “pilgrimage of ants” due to the great number of people streaming through from the then capital, Kyoto. Everyone from common people to Emperors would walk the Kumano Kodo, more often than not via the Nakahechi route from Tanabe. On the pilgrimage path, such mountain villages as Chikatsuyu became flooded with pilgrims who came to define these settlements, and many smaller uniquely Shinto-Buddhist shrines and religious effigies were established along the way. The traditions of the pilgrimage maintained through political and cultural revolution until the 1868 Meiji Restoration, which discouraged and literally destroyed many aspects of faith in the region. Luckily, the increase in tourism to Kumano in the past few decades has encouraged the revival of these routes.

While walking you will encounter a number of intriguing sites pertaining either strictly to the spiritual aspect of the pilgrimage, or to the stories of those who traversed the paths. From Takijiri-oji to Kumano Hongu Taisha, just a few of these diverse sites to look out for include:

The Kumano Kodo is certainly not a simple walking route. Travel the trail and you are sure to connect to the intimate spirituality of the route and the nature it is engulfed by. 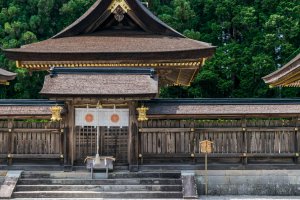 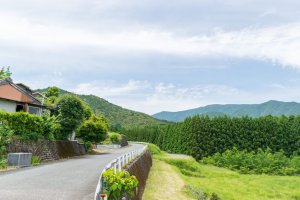 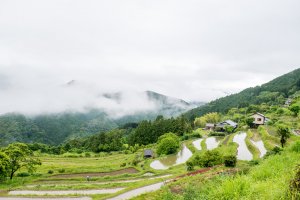 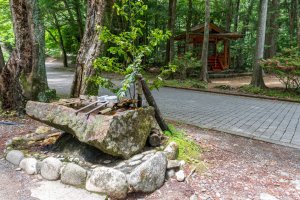 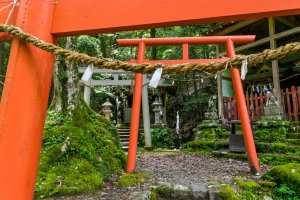 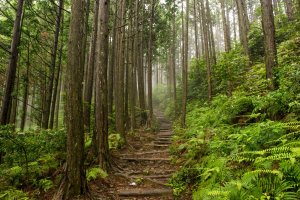