Honoring Master Jofuku, this peaceful park is a must 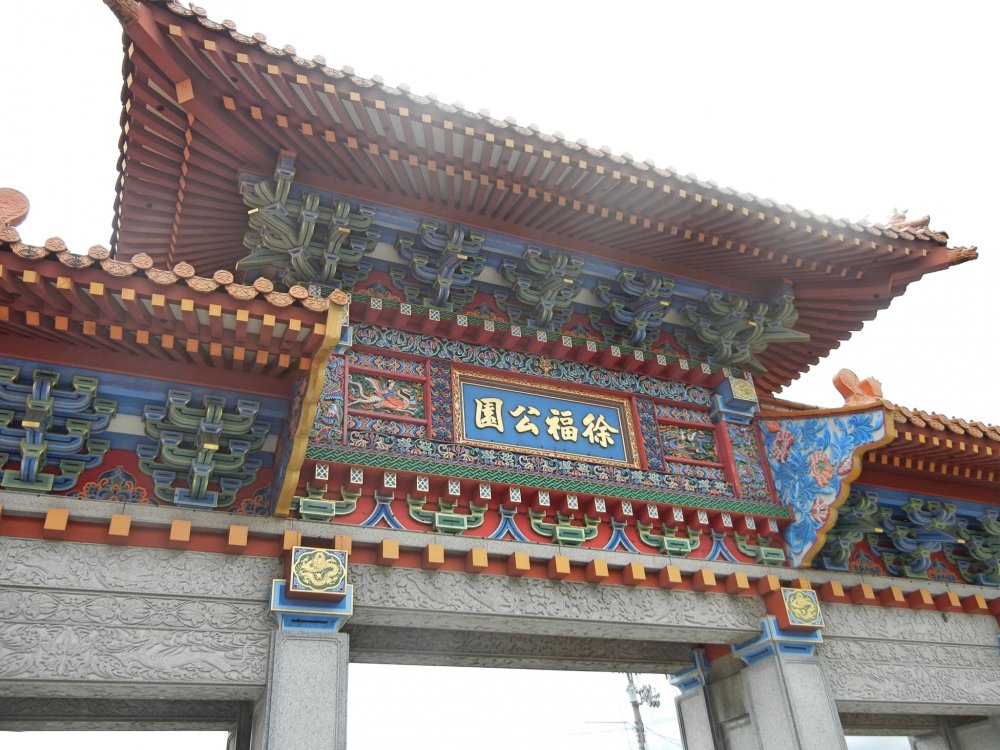 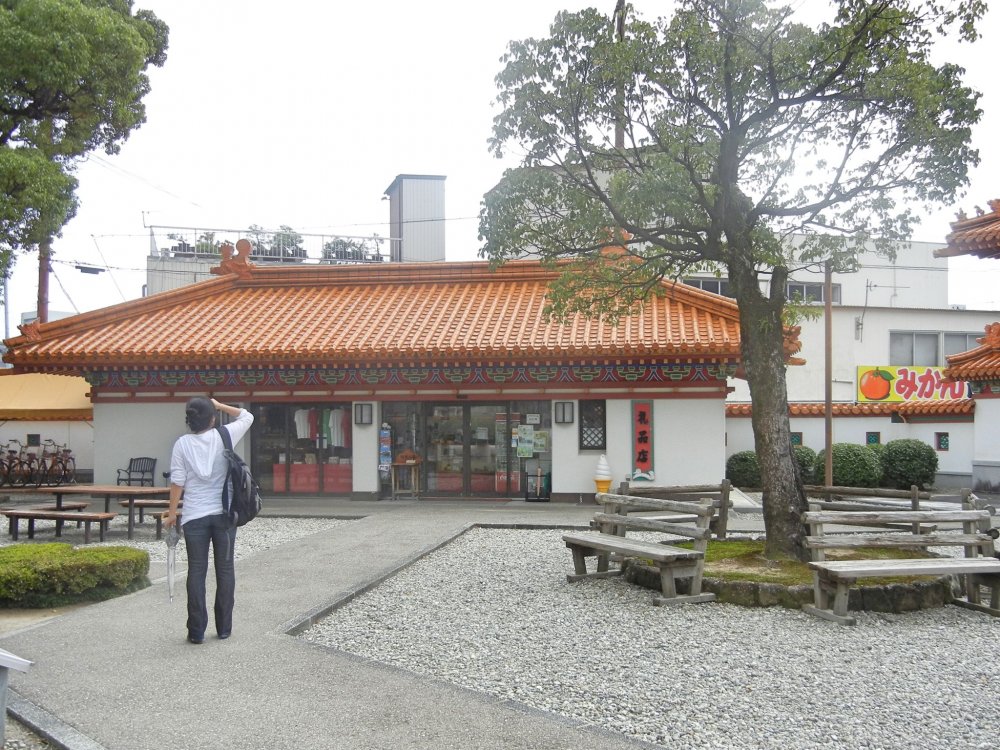 Inside of the park, facing the small gift shop where visitors can purchase "Jofuku tea" and "Jofuku wine." 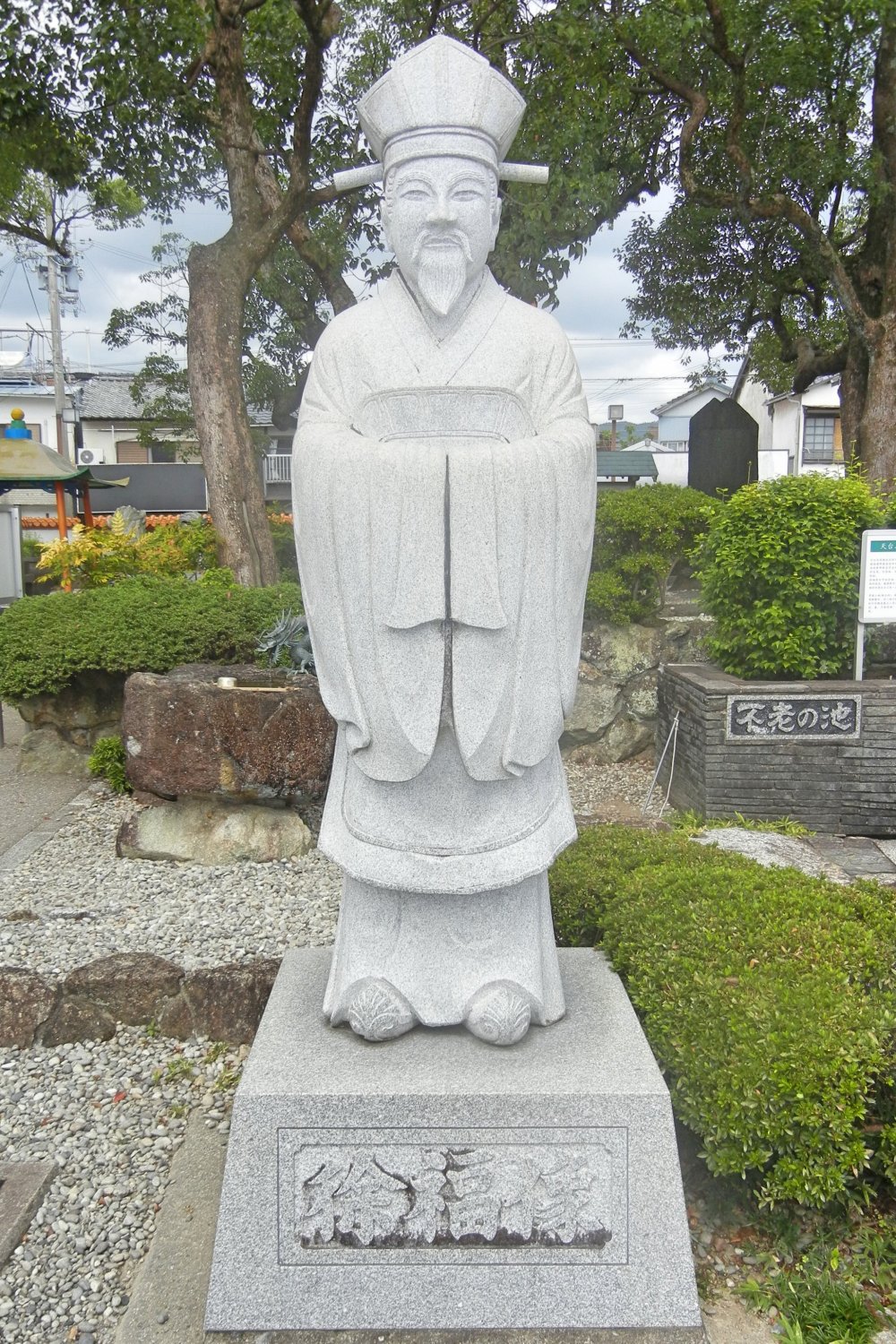 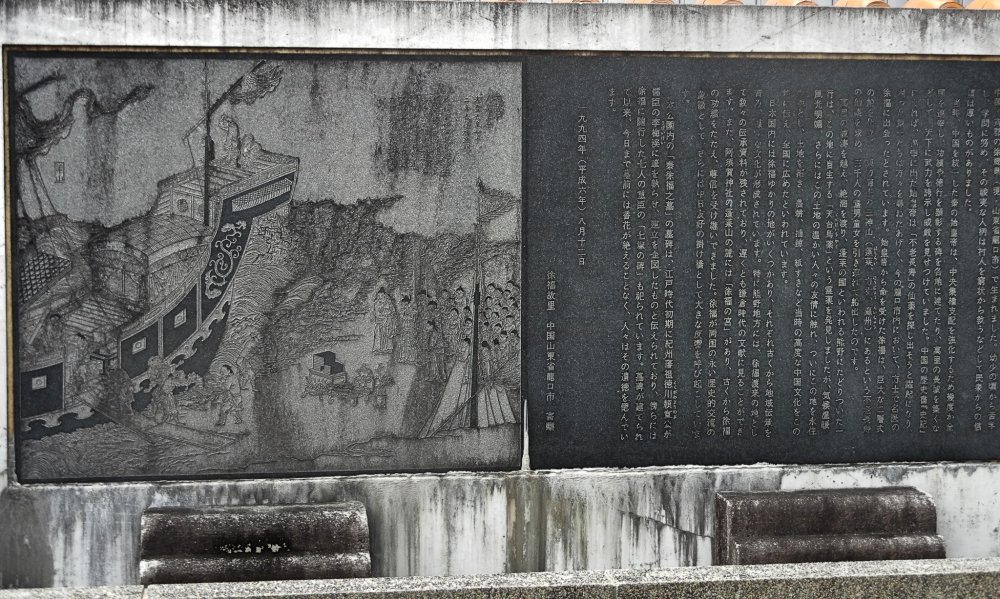 The story of Jofuku's journey to the Kumano area 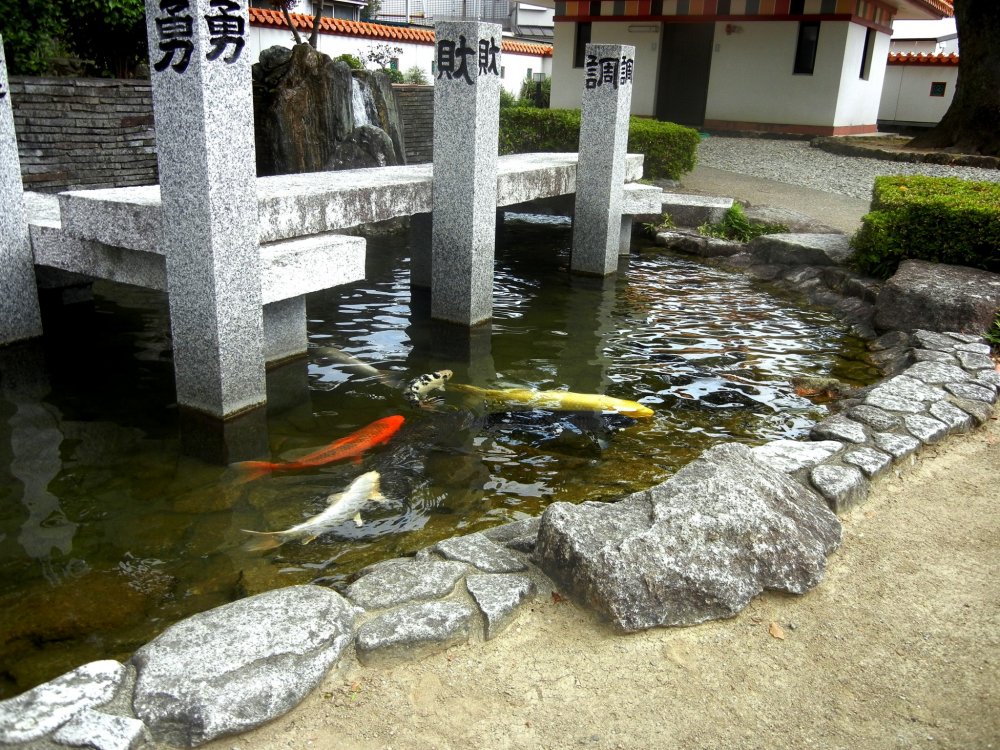 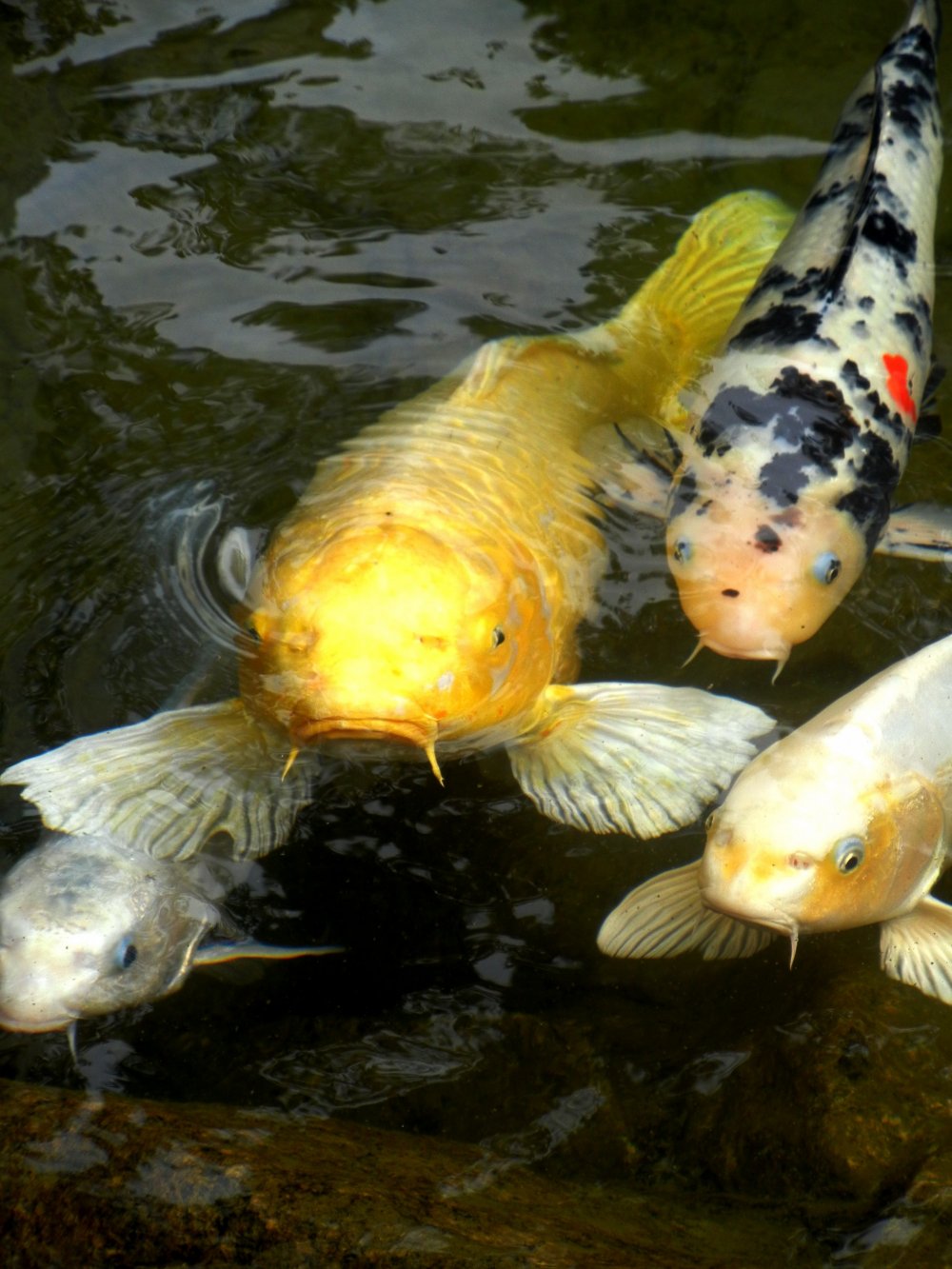 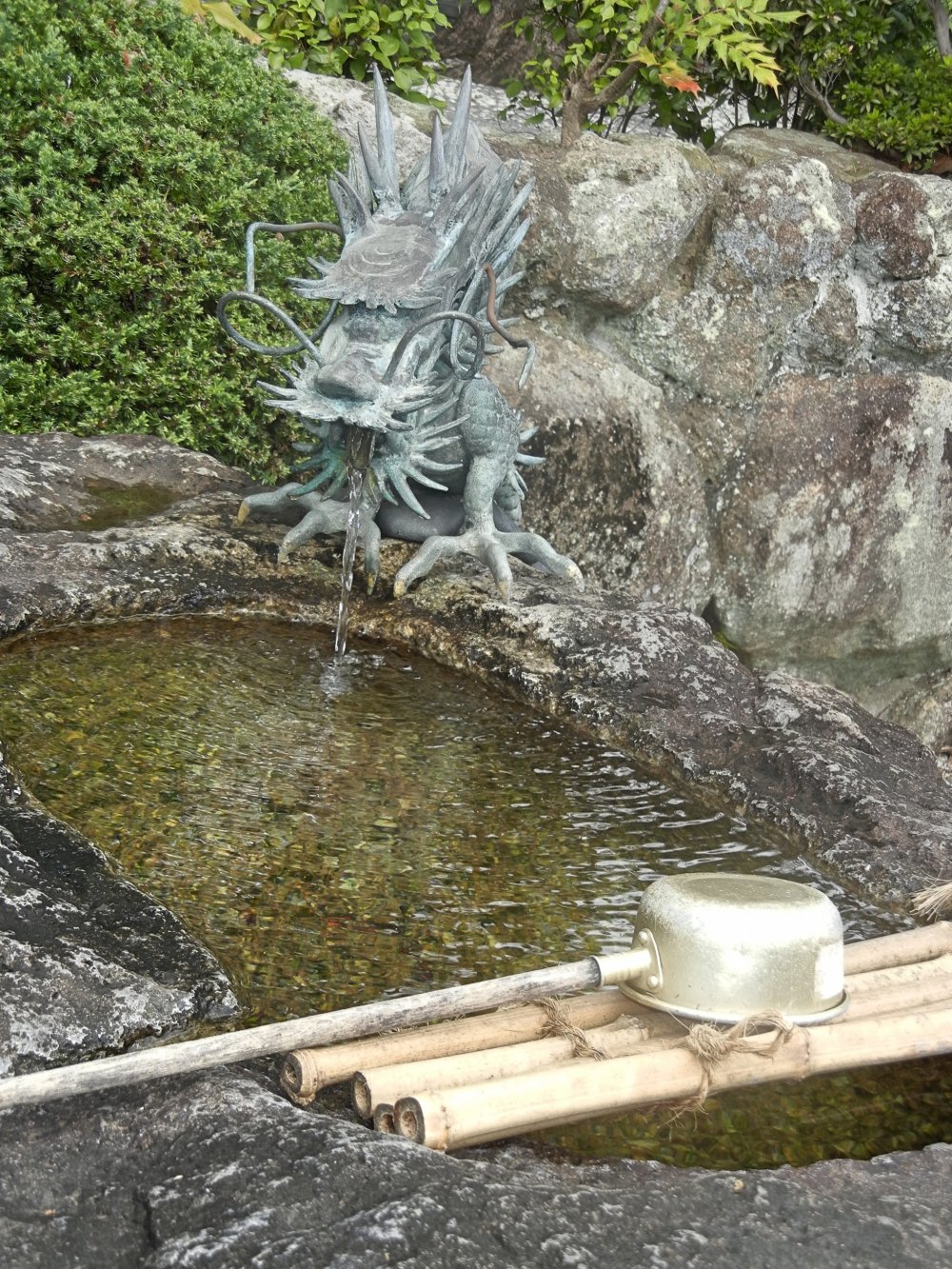 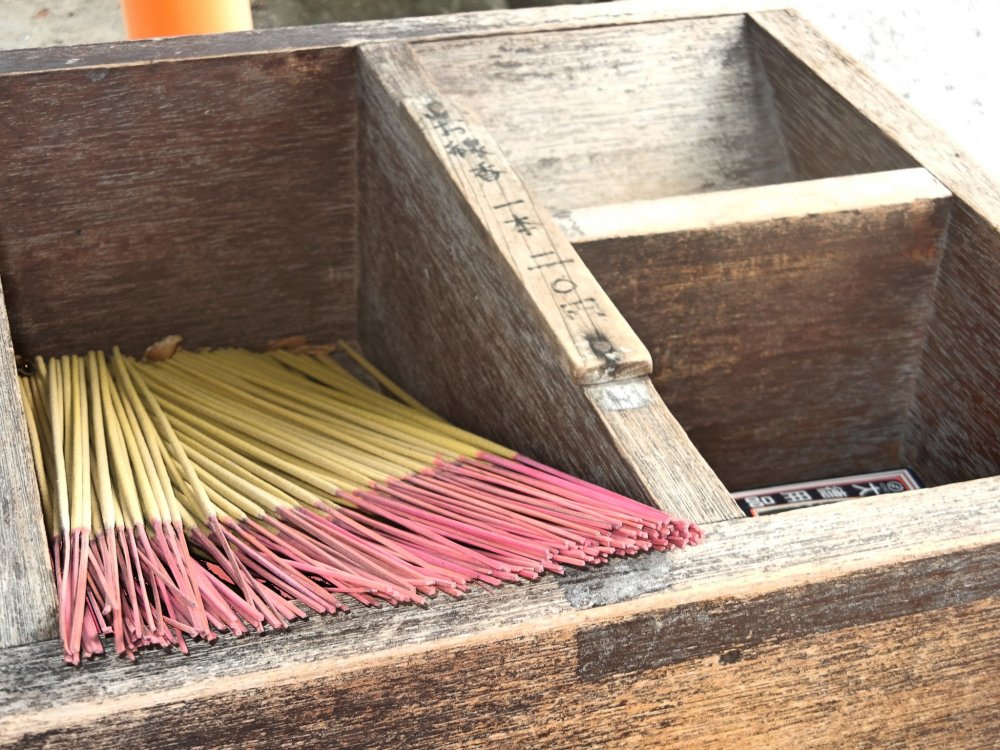 Incense can be purchased and burned to make a prayer 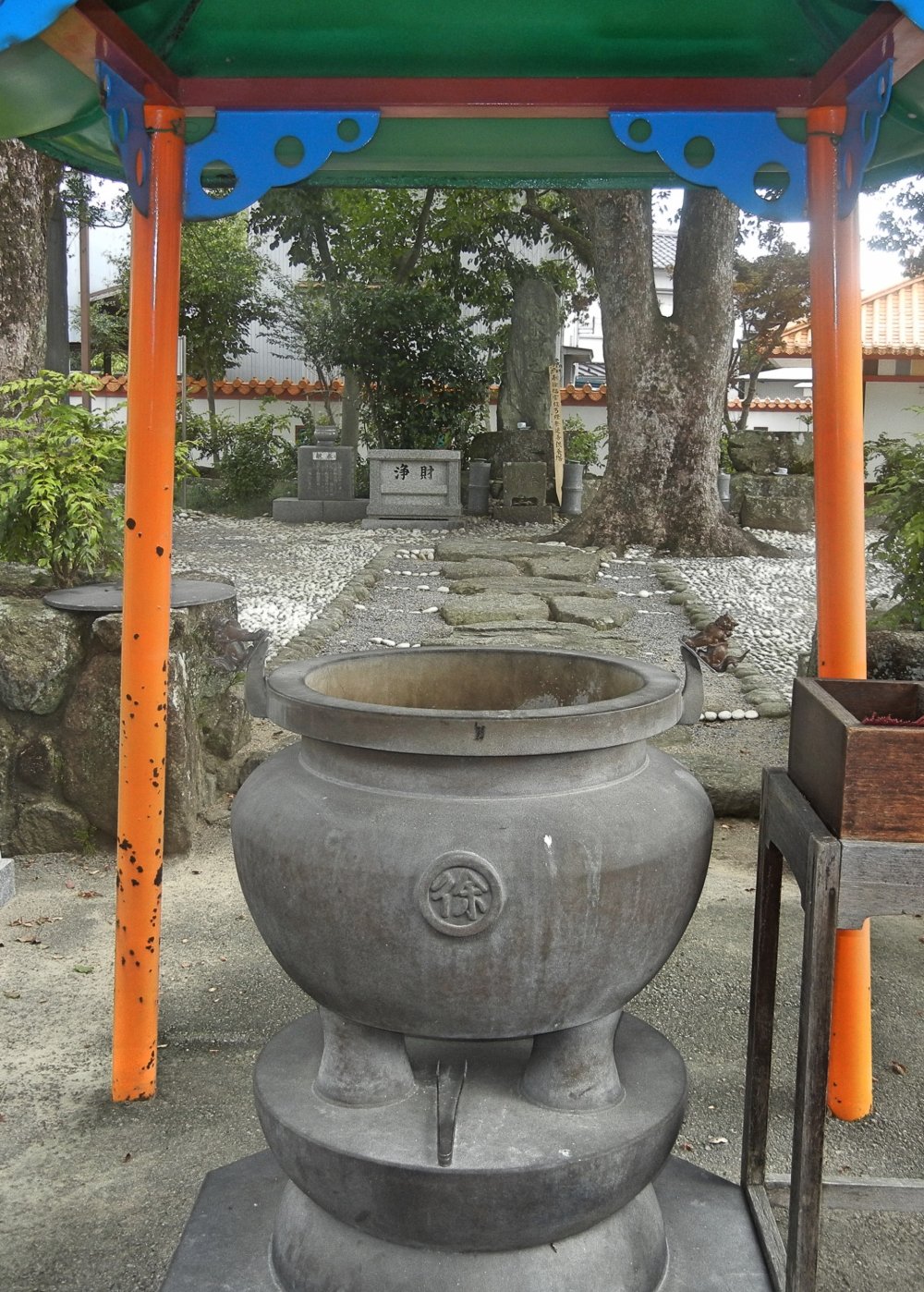 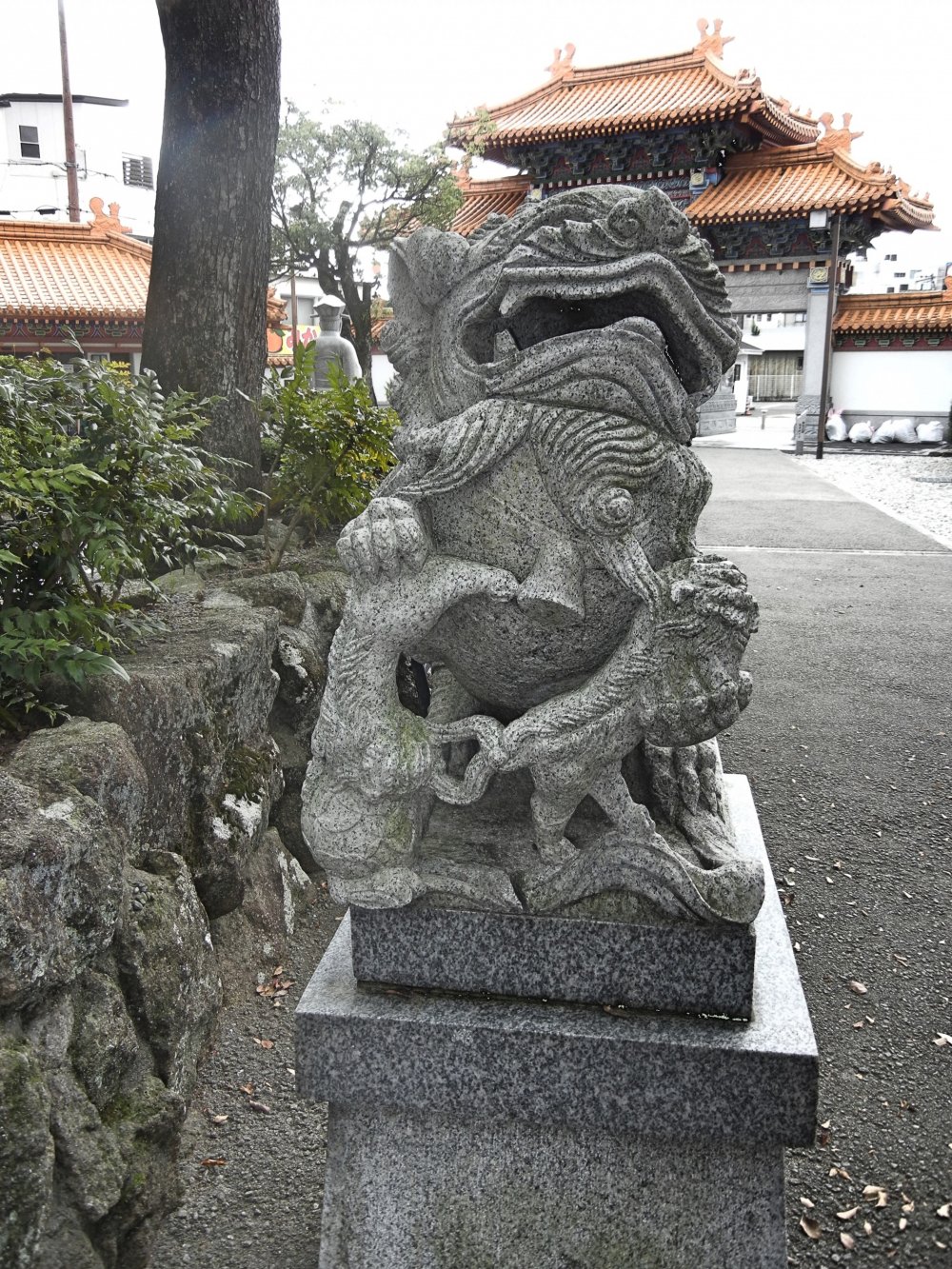 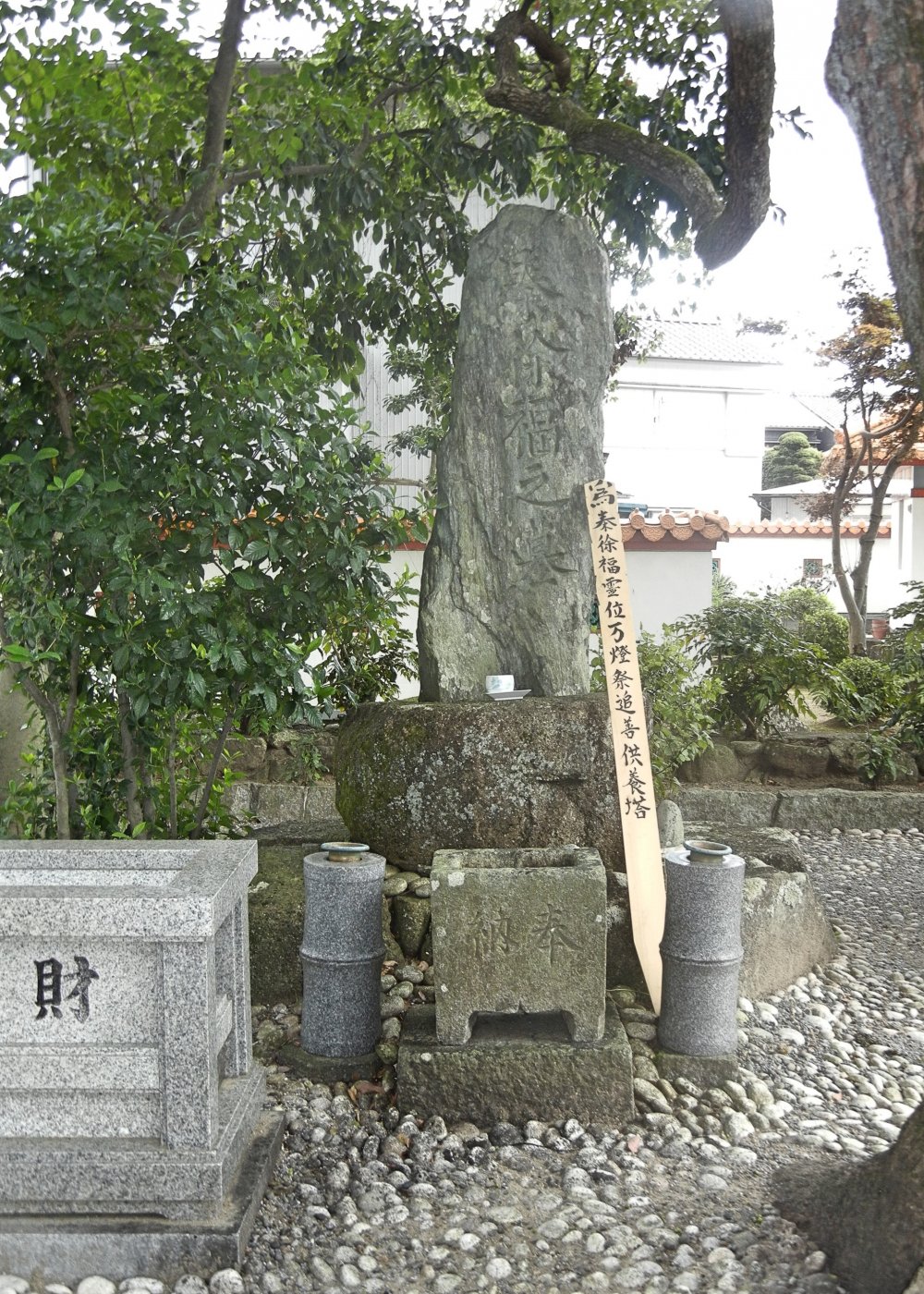 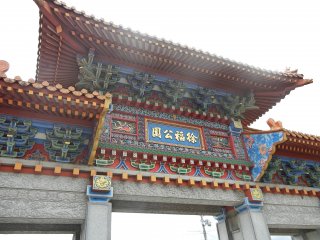 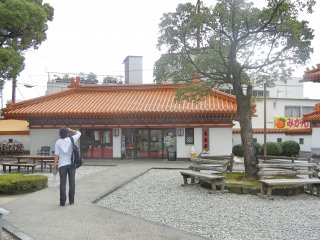 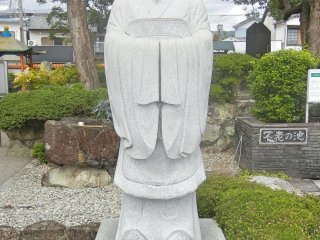 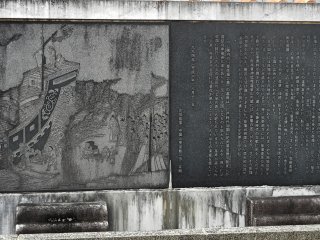 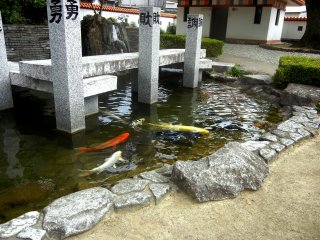 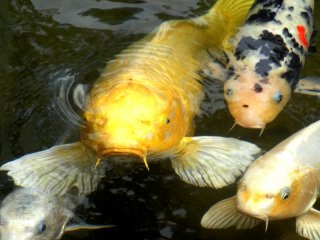 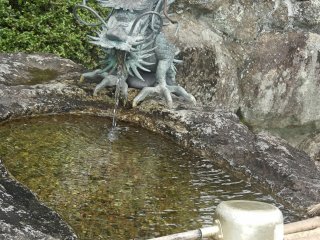 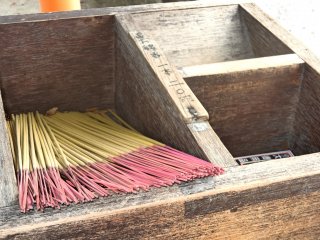 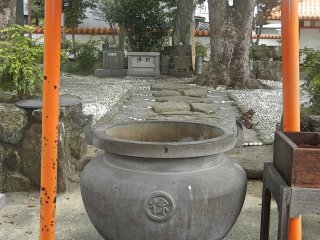 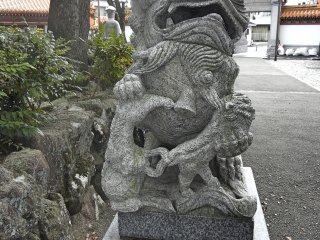 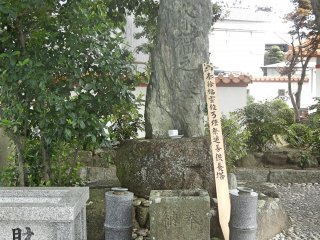 If you’re visiting Shingu – especially via train – there’s absolutely no excuse to not stop by Jofuku Park because it’s directly across the street from JR Shingu train station.

Jofuku Park is named for Master Jofuku, a Chinese Taoist scholar who journeyed to Japan in search for the “elixir of life” on behalf of the Qin emperor. Though he made port in the Kumano area in Mie prefecture, Jofuku settled in Shingu after discovering an herb (tendai uyaku) in the Horai Mountains he believed was the key to immortal life. Though the herb did not grant him eternal life, Jofuku chose to stay in Shingu until his death. Commissioned by Tokugawa Yorinobu, the lord of Kishu, in the 15th century, Jofuku’s gravestone lies in the center of the park, shaded beneath a huge camphor tree and tendai uyaku bushes, and lies besides a monument dedicated to his seven disciples.

In 1994, Shingu erected the memorial park around Jofuku’s gravestone. The park utilizes traditional Chinese architecture, and its bright colors can easily be seen from the train station. It isn’t a large park, but rather a nice place to sit and rest. Near the entrance to the park sits a small gift shop, where locals and visitors can purchase “Jofuku tea” and “Jofuku wine,” which contains the same tendai uyaku herb Jofuku "discovered" so many years ago. Locals believe the herb aids kidney disease and rheumatism. There is also a small koi pond in the middle of the park, so you can buy food and feed them (even if you don’t have any food, they’ll come up to the surface expectantly). It is said that the pond has seven koi fish, each representing one of Jofuku’s seven disciples.

With free entry and close proximity to the train station, Jofuku Park is a must.

Semi-英語の先生. Onigokko champion. Lover of all things bookish and nerdy. Be a grown up when I grow up.

Ken k 4 years ago
Thanks for sharing.
Reply Show all 0 replies
1 comment in total

Ken k 4 years ago
Thanks for sharing.
Reply Show all 0 replies
1 comment in total