The more than 3,000 Kumano Shrines in Japan are named for a religion centred in nature and the environment. Devotees, however, make a beeline for the Kumano Taisha, the three premier shrines, in Wakayama Prefecture. Known as the Kumano Sanzan, this holy trinity of shrine glory - the Kumano Hongu Taisha, Hayatama, and Nachi - have been the epicentre of the Kumano faith since the 11th century.

The site of the Sanzan, Wakayama’s Kii Peninsula, was already targeted as “holy ground where the gods dwell”, since, reportedly, prehistoric times. It is a lush lineup of 3,600 rugged mountain ridges, galore with maple, cypress, & cedar forests, rivers, waterfalls, all of which must have appeared heaven-sent for a faith where Gods, holy beings, and deities, abound in nature.

I found Kumano Hongu Taisha’s main shrine to be a brown beauty of unadorned wood, a sombrely striking structure, befitting its standing as the lead shrine of the Sanzan, and head shrine of all the Kumano shrines. The 158 narrow stone step staircase that leads up to the shrine is sandwiched by massive cedar and cypress trees, like bookends. Its grounds extend far and wide, clustered with shrines and memorial monuments, all shrouded in forest. The sight of Hongu Taisha supposedly moved a 12th-13th century poet to tears.

Kumano Hayatama Taisha is a bright red ribbon of 13 shrines embellishing pristinely white gravel. It is a Shingu City shrine and you cross streets not thick woods to get to it, but it still has the same seductive forested backdrop that unites the Kumano Sanzan. It seems, however, to be a 1,000-year-old Nagi or bayberry tree that dominates, rather than the shrines, if I may say so. This sacred tree is regarded as a shrine in itself, a sanctified sanctuary for the Gods inside.

Nachi Taisha is wonderfully, dizzily, distracting. Its primeval mountain forested locale, Mount Nachi, means practically mandatory romping about tempting trails, while also heeding the commanding call of Nachi’s religious sites. Of these, a pagoda and a gushing rush of a waterfall are the main magnets. The waterfall is like a living water sculpture, the meeting point of five rivers crashing together in one torrential single drop down the mountain side. No wonder it is worshipped at as a divine power. There are ancient well trodden mountain trails leading up, a popular one being a 1000-year-old cedar lined path. It can be steeply challenging, but what’s a little panting while breathing in the fragrance of cedar.

No doubt about it, it's easy to fall sway to the spell of the Kumano Sanzan, as though this Taisha triumvirate is bound by an invisible rope of attraction, a magnetic pull, drawing us in. For me, it is the vitality of their nature presence that makes us feel we are rocking to some spiritually majestic presence, described by some of the smitten as a near religious experience.

My base camp for travel to the Taishas was Tanabe where I stayed at the Hotel Hanaya, near Tanabe Station. Public transport is difficult, involving train and bus changes with long intervals between. But the journeys took me through gorgeous mountain, farmlands, and seascapes, more than compensating for the tough travel. 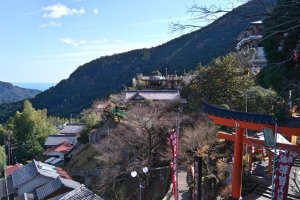 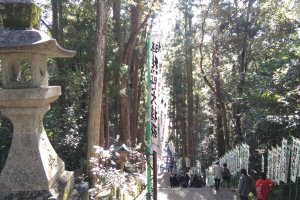 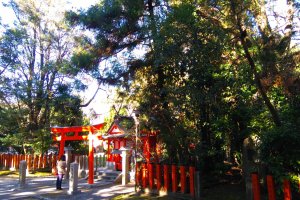 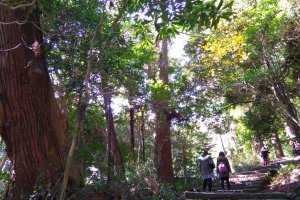 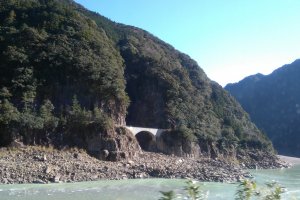 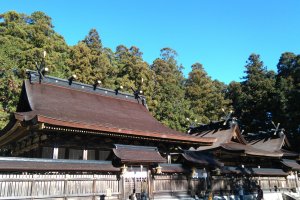 Elizabeth S 5 months ago
I had a peek at the map and woah, that's an epic trip to get there from Tanabe. How much time did you budget?
Reply Show all 0 replies

Alena Eckelmann 5 months ago
Glad to hear you enjoyed your stay in my neighborhood.
Reply Show all 1 replies

Arlene Bastion Author 5 months ago
Have read your articles and you are living THERE - envy you!!!!
Reply

Arlene Bastion Author 5 months ago
Get there, Elena!
Reply

Elena Lisina 5 months ago
Arlene, I can only dream about that! Impossible yet... :(
Reply

Arlene Bastion Author 5 months ago
Soon it will be Lunar New Year here - the Chinese New Year. I think Japan also celebrates. So I wish for you for this New Year (Year of The Tiger) - All your dreams to come true!
Reply

Elena Lisina 5 months ago
Oh, thank you very much, Arlene! I wish you the same! :))
Reply

Arlene Bastion Author 5 months ago
You make me laugh - "Madame"! 😍

Arlene Bastion Author 5 months ago
A man of few words.😎

Sleiman Azizi 5 months ago
Just the good ones.
Reply
14 comments in total