Exploring some of Tohoku's hidden treasures

Yamagata is a fantastic cultural destination to discover some of Tohoku's varied treasures, and here we explore some of its cultural highlights, from one of the top Kumano shrines in Japan to perhaps its most well-known hot spring town.

Culture in the City

Any visit to Yamagata will likely start in central Yamagata City, given its easy connection from Tokyo and great access to nearby Yamadera. The city centre is also the place to find one of the region's historical locations, the' Bunshokan', and a natural starting place for any cultural excursion.

Bunshokan (also 'Yamagata Prefecture Hometown Pavilion') is the former prefectural office for Yamagata and a designated National Cultural Asset. Constructed in an English Renaissance style, the original building was opened in 1916 and in use until 1975, when the prefectural offices eventually moved location. Following restorative work, it was re-opened to the public in 1995. Visitors can admire the inner red-brick courtyard, the copper-faced clock tower and former assembly building, amongst other highlights.

Whilst Kaminoyama is famous for its onsen area, it is also home to a samurai district near the castle grounds, where visitors can come across four preserved middle-class samurai residences, going back hundreds of years. The families here, the Morimotos, the Miwas, the Yamadas and the Sogabes, were linked to the Ueyama feudal clan and a walk through this neighbourhood is like stepping back in history. While three residences are still in private use, the one Kaminoyamahan Bukeyashiki you can still enter is the Miwa Family Residence (entry ¥210). Stepping inside transports you into a bygone era and can help visualise how it might have been like to live life as a samurai.

A 10-minute walk to the south-west of the Miwa family house and castle area is Harusamean, the traditional residence (albeit reconstructed) where renowned Zen monk, Takuan, spent part of his life in exile, after being banished to northern Japan by the shogunate of Tokugawa Hidetada. The property includes his living area and Japanese garden, where he continued his Buddhist teachings and practiced tea ceremony. He is also to thank for the popular variety of the eponymous Japanese pickle.

Located in Yamagata's Nanyo city, Kumano-taisha is one of only three large Kumano shrines across the whole of Japan and is considered significant for Tohoku as the Ise Jingu shrine is for Mie. With over 1,200 years of history it is also known for one of the oldest forms of Daidai Kagura in Japan.

The main shrine building is the oldest thatched roof building in Yamagata and is where Izanagi-no-Mikoto and Izanami-no-Mikoto are both enshrined. Should visitors wander behind the main building, they can try to find the reliefs of three rabbits, hidden away as carvings in the woodwork of the shrine's building. It is said whoever can find all three will have their wishes come true. You can see one of them here, but the others are more challenging to find!

Last but not least comes Ginzan Onsen, arguably the highlight of Yamagata's attractions and the perfect place for an overnight stay. Nestled in the mountains of Obanazawa in north-eastern Yamagata, this magical hot spring resort has an almost Studio Ghibli-esque feel with a dozen historical ryokans lining the central Ginzan river, dotted with traditional bridge crossings. With each ryokan's stunning exposed woodwork architecture and promise of secluded hot springs and decadent kaiseki feasts, it is hard to not want to step inside each and stay the night or two.

Ginzan Onsen very much comes alive during the winter months with heavy snowfall providing picturesque postcard-worthy scenes and added charm, with traditional gas lamps lining the river providing a tranquil, evening setting that surely can't be matched anywhere else in the world. 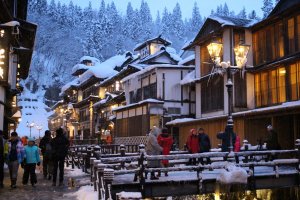 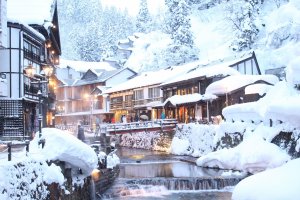 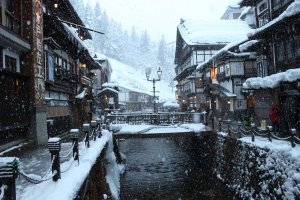 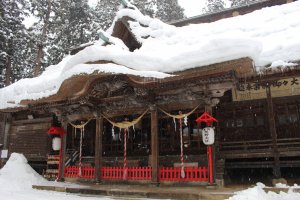 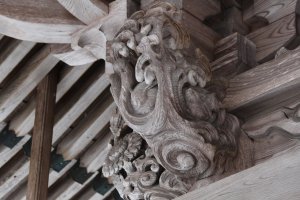 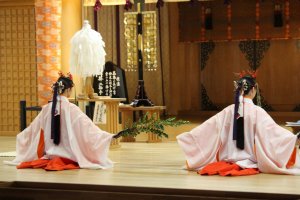 Renford Esau Sinangote a year ago
Very beautiful! This is going to be in my list of places to go to.
Reply Show all 0 replies

Bonson Lam a year ago
This is mind blowing beautiful! A real treasure for those wanting to try somewhere different.
Reply Show all 0 replies

Ekaterina Bespyatova a year ago
Ginzan Onsen looks absolutely beautiful. I'm putting it on my list of to-go places.
Reply Show all 0 replies
3 comments in total