Yamagata Prefecture is famous for soba. The thin noodles made from buckwheat flour is usually served cold or hot, topped with various garnishes and toppings such as tempura (deep fried seafood and vegetables), tofu, vegetables and meat. If you happen to travel to the north of Japan then I would highly recommend you make a stop at Tendō and eat at Ichian Soba Restaurant.

When I first walked in the restaurant, I noticed that it was already full. Great! If the locals comes here, then the food must be good, I thought. And I was right. Soon after I ordered, the food came and to my surprise there was a double portion of soba served in two wooden boxes the one on top of the other. Later I found out that this is how soba is served in Yamagata Prefecture. Apart from the generous portion, there was also a soya based sauce and a chicken soup to dip the soba in, as well as delicious, freshly made tempura. It was such a tasty food experience for only ¥750! Ramen is also served at Ichian, but I would suggest you go for the soba.

Since the restaurant was full, there was a short waiting line but the waitress will help you as soon as a table is free. The customers’ age varied from young to old people, and after each bite they would say “Oishii!”, or 'Delicious!' in Japanese. Everyone seemed very happy, enjoying themselves.

Clean, cozy, with tasty food and approved by the locals, Ichian should definitely be on your list of places to visit here in Yamagata.

Ichian is a 20-minute walk from JR Tendō Station, but it is a nice walk, and will give you a chance to also walk through the city and enjoy the sights.

Tendō is a city in the middle of Yamagata Prefecture and is the main producer of shogi pieces, a type of Japanese chess. Actually, 95% of the county’s shogi piece production is made in Tendō. The city’s train station is served by the JR Yamagata Shinkansen (bullet train) and is only three hours away from Tokyo. 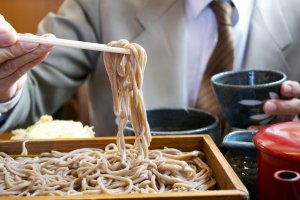 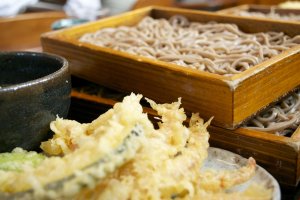 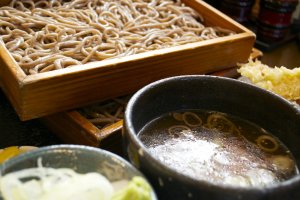 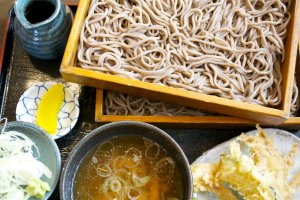 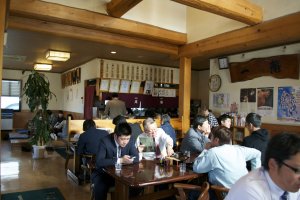 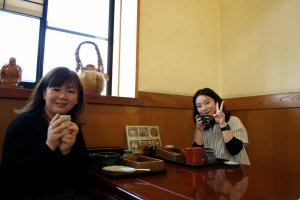