In search of Oshin

Rice is the staple food in Japan and visitors to Japan enjoy the sheer variety of rice dishes and other delicacies made from rice, like sempei (rice crackers), mochi (rice cakes) and sake (rice wine). Whole cities and regions went from rags to riches because of their connection to the rice economy.

One such example is Sakata City in the Shonai area, in present-day Yamagata Prefecture. The city’s heritage tells the stories of rich rice merchants and of poor day laborers in rice warehouses.

One of these stories is that of Oshin, the TV heroin of a popular NHK TV drama which was aired in many countries around the world. Born into a very poor family at the beginning of the 20thcentury, the seven-year old girl in the TV drama was sold by her father to work as a babysitter. The Sakata area served as a backdrop for Oshin’s childhood and since the first TV screening in Japan in 1983/84 and subsequently many more TV screenings in countries around the world Sakata has become a Mecca for Oshin fans.

Built in 1839 along the Niida River near Sakata Harbor, the Sankyo Rice Warehouses are still intact and in use today. Nine of the originally twelve warehouses are still used by JAA (Japan Agriculture Association) for rice storage today while the remaining three house the Shonai Rice Historical Museum, the Sakata History & Culture Museum and Sakata’s Tourist Information Center, including a souvenir shop and a restaurant and café.

The displays at the Shonai Rice Historical Museum explain about rice cultivation and about the processes of rice production, storage and distribution. I have found it quite educational. These displays also tell about the hardships of workers, including many women, at the warehouses. The women carried an unbelievable load of 5 hyo, straw bales that contained 60kg of rice each, or a total of 300kg, on their backs. A display at the museum invites you to try out stemming this load, and I tried and gave up.

Take a stroll around this warehouse complex and stop by at the small Sankyo Inari Shrine in the back of the buildings that venerates Inari, the god of rice, before enjoying some delicious Shonai rice at the Hokotei Restaurant in the first building. 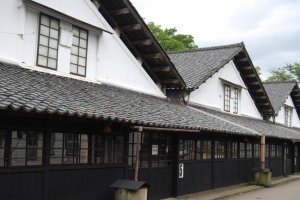 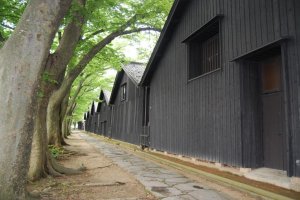 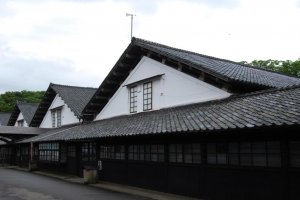 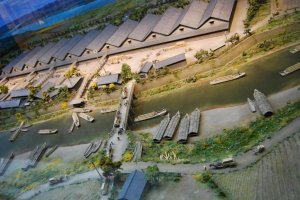 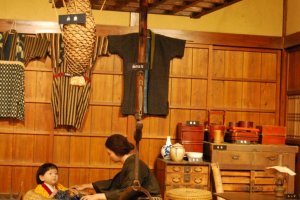 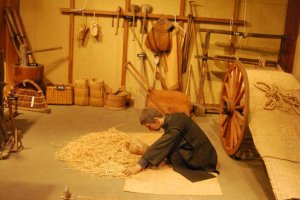