Fresher than fresh fish in Shimonoseki 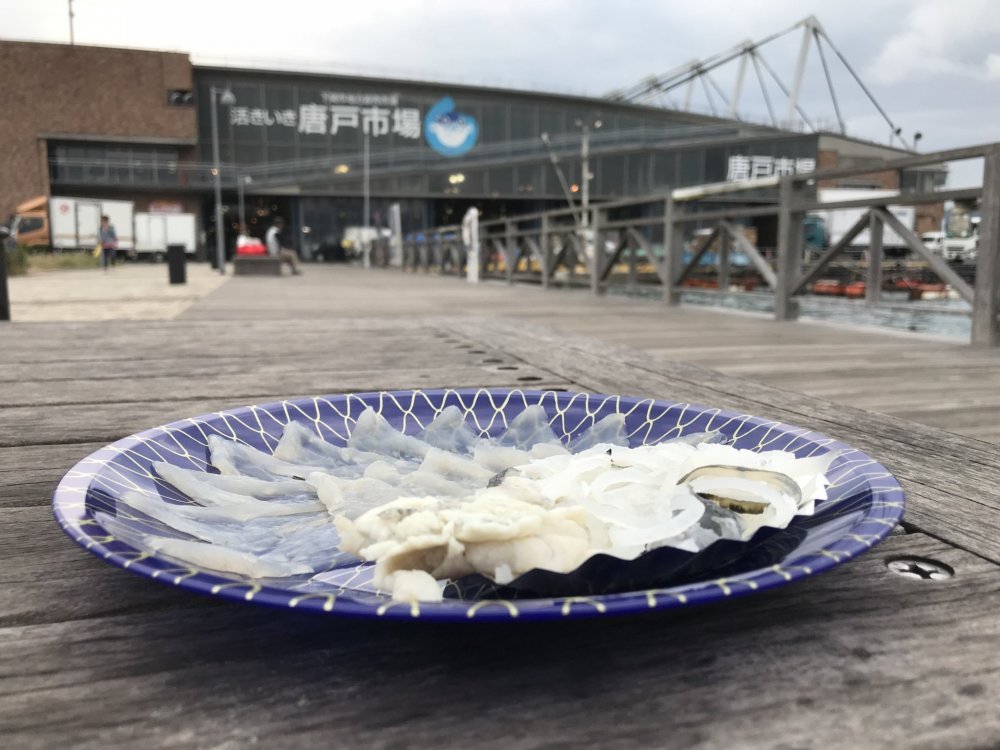 Try a plate of fugu...if you dare! 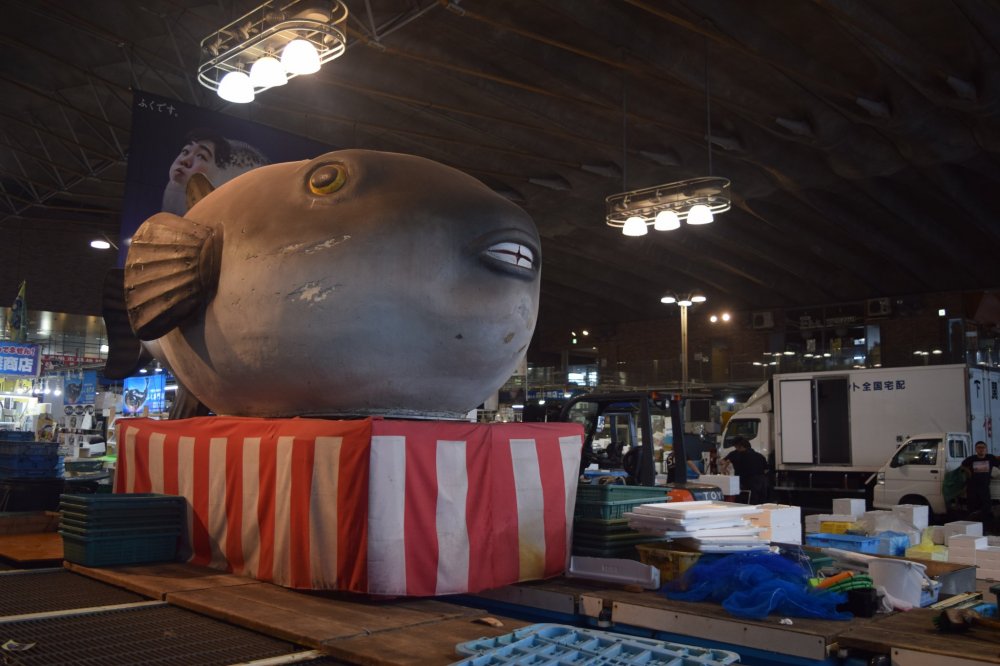 The market is full of fugu - including in statue form! 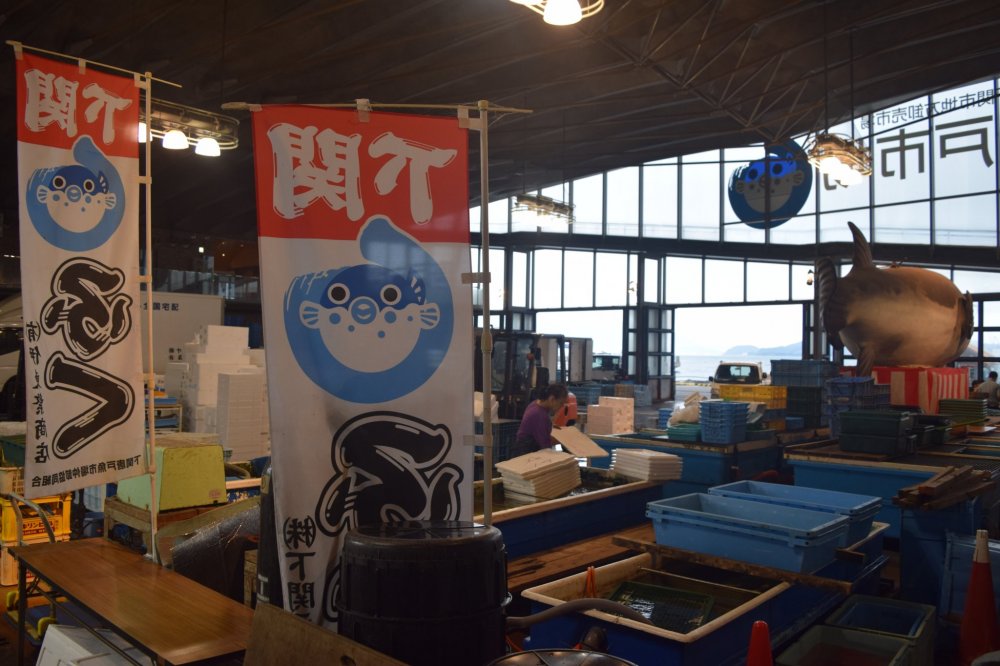 Even the banners show off the deceptively cute fish! 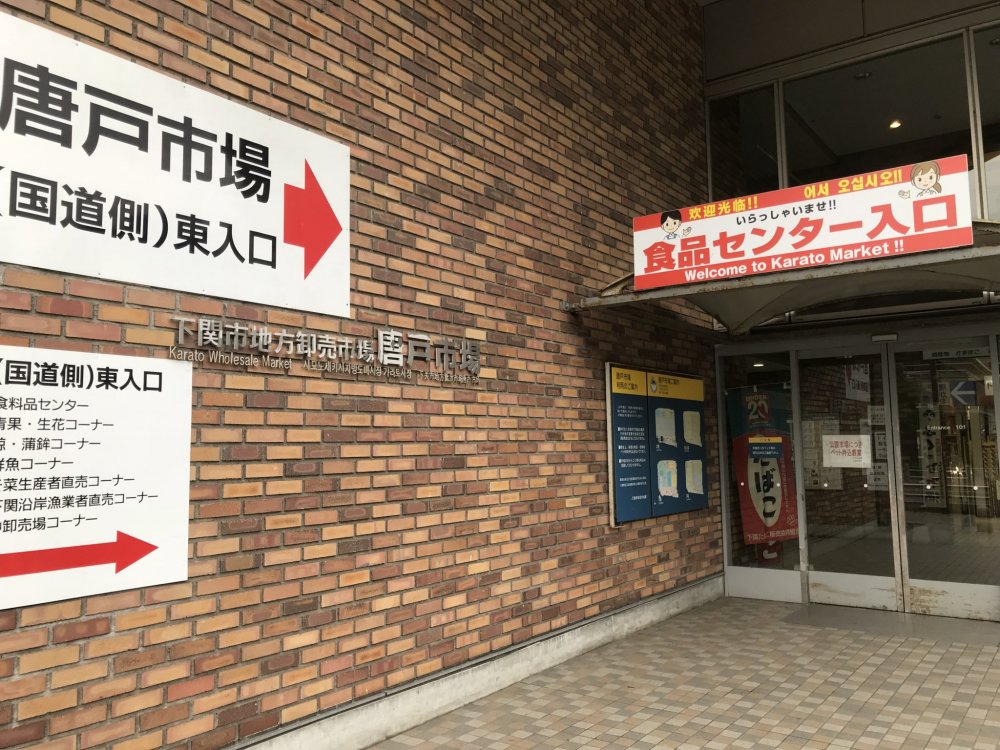 Some of the large fugu platters command a large price tag 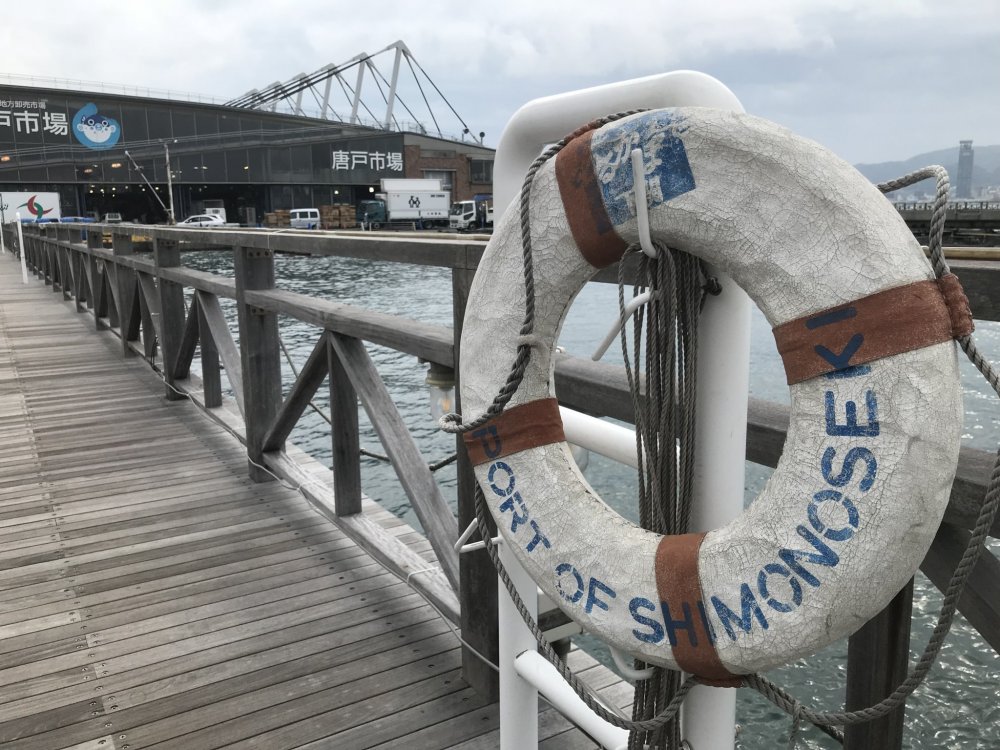 Spend some time wandering around outside! 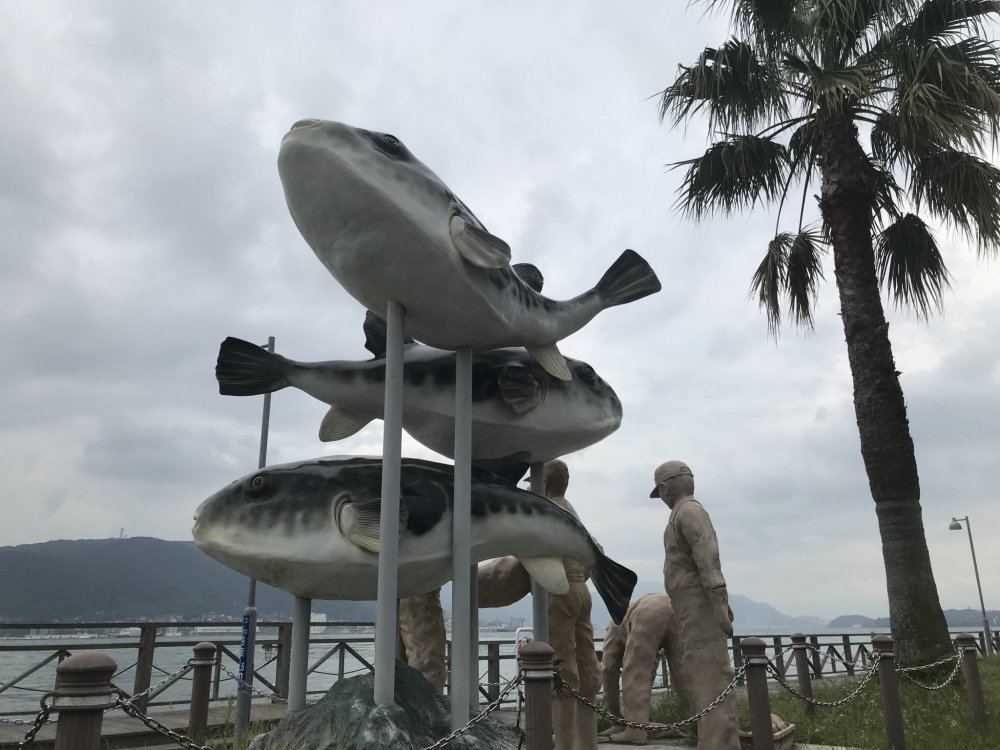 Shimonoseki is most definitely a fishing city 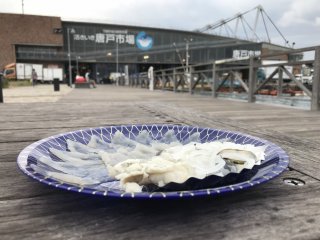 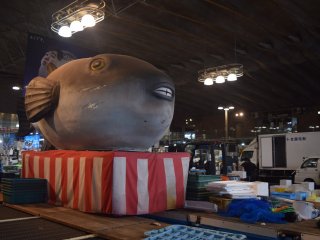 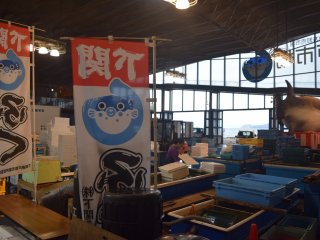 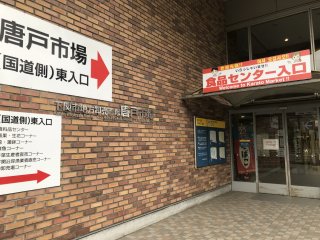 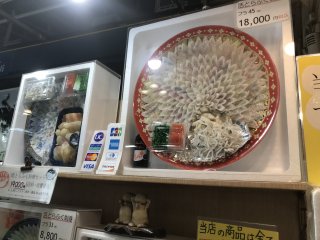 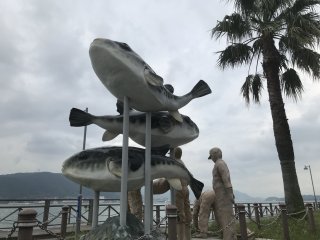 If you're after fresher than fresh seafood in Shimonoseki, look no further than the Karato Market. Situated right on the water, you're able to get a whole host of eats here - including one of the region's specialties, fugu.

If you haven't heard of fugu before, it's a variety of pufferfish that can be deadly to consume if it's not prepared correctly due to a neurotoxin it contains. Don't worry though - the preparation of fugu is heavily regulated in Japan, so much so that fugu chefs need multiple years of training before they can serve it to the public. The vendor that my husband purchased his fugu plate from had been preparing it since the market here opened, so if you want to try it anywhere, the Karato Market is the spot.

Credit card payments are available at some, but not all stores at the market - so bring yen with you if you're planning on making a purchase.

The Karato Market is located in Shimonseki, Yamaguchi Prefecture. It's located about 3 kilometers from Shimonoseki Station, but taxis are prevalent. Alternatively, if you're headed there via private vehicle there is a large multi-level parking lot right next door.