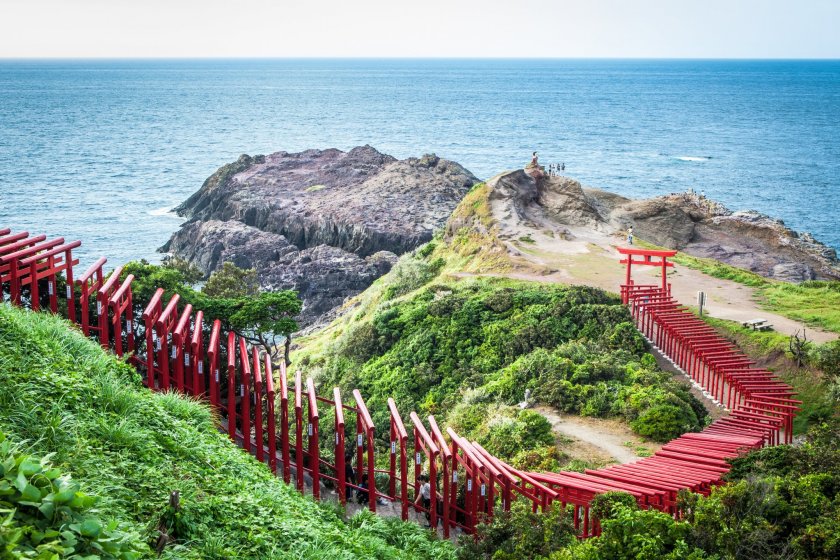 In northern Yamaguchi's Nagato City, Motonosumi Inari Shrine (元ノ隅稲成神社) and its 123 red torii gates have been attracting swathes of Instagrammers looking for that perfect addition to their feeds.

This unique shrine provides a memorable ocean view with its winding red tunnel of torii gates leading to the cliff edge, overlooking the Sea of Japan. Visitors may know Kyoto's Fushimi Inari Shrine for its familiar setting, but Nagato arguably offers a more beautiful, secluded and tranquil version, thanks to abundant natural scenery, fewer visitors and a panoramic ocean vista.

Motonosumi Inari Shrine was originally constructed in 1955 when a local fisherman is said to have received a divine message from a white fox in a dream – it is said this fox spirit emanated from neighbouring Shimane's Taikodani Inari Shrine and, 123 torii gates later, the shrine was completed.

The offertory box here makes a departure from its usual spot on the ground – at Motonosumi Inari shrine it can be found at the top of the very first torii gate at the shrine's entrance to the main approach. It is said those who successfully throw their coins into the box will have their wishes come true – so why not give it a go! 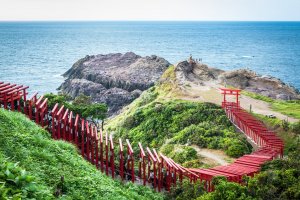 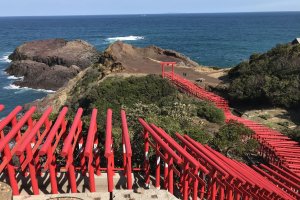 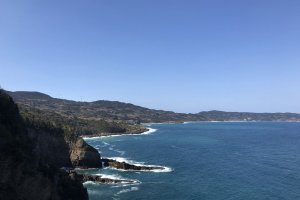 Elizabeth S a year ago
Yamaguchi looks like a great getaway place for a relaxing holiday.
Reply Show all 0 replies

Kevin Haase a year ago
Having seen lots of Japan, I remember this one was a bit of a disappointment.
Reply Show all 0 replies

Elena Lisina 3 years ago
Great shots! I'd like to see that place.
Reply Show all 0 replies

Kim 4 years ago
So iconic - it's one of the things I really want to see in Yamaguchi! Great pictures!
Reply Show all 0 replies
4 comments in total