The Yamaguchi Ube Airport is the westernmost airport on Honshu, and presently operates flights to and from Tokyo's Haneda Airport on three different airlines: Japan Airlines, ANA, and Starflyer. Whilst Yamaguchi Prefecture does have shinkansen access to Tokyo, opting to fly to the region significantly cuts down transit time, making it a popular option for business and leisure travel alike. The wavy appearance of the building's exterior is designed to symbolize the sea, as the prefecture is surrounded by water on three sides.

The airport is spread out over three floors. The first is for check-ins and arrivals, the second floor is for departures, shopping, and restaurants, and the third floor consists of an observation deck and lounge area.

The restaurants include a branch of the chain restaurant Coco's where you'll find a range of both Japanese and Western inspired dishes, as well as Kakuuchi Nabeshima which specializes in local Yamaguchi eats, and Hanatei which sells udon, sushi, tempura, and rice bowls. For those who want to indulge in some retail therapy before a flight, there are specialty stores selling local sake, traditional sweets, souvenirs and more. There's also a Daily Yamazaki convenience store if you want to grab some snacks or drinks to take on board with you.

For those who plan to self-drive around Yamaguchi, the first floor annex has five different car rental company counters, including the likes of Toyota, Times, and Nippon Rent-a-Car to name a few.

The Yamaguchi Ube Airport is located around five minutes on foot from the JR Kasae Station, served by the Ube Line.

For those arriving at Ubeshinkawa Station, Shin-Yamaguchi Station, or Shimonoseki Station, bus services are available to the airport. See the official bus timetable information.

For those driving to the airport, there is free on-site parking available for around 1800 vehicles. 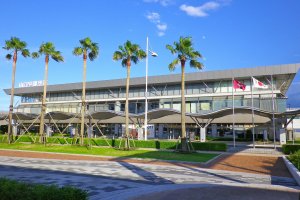 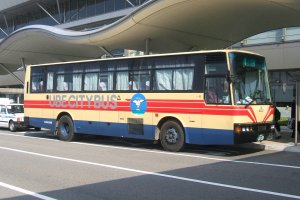 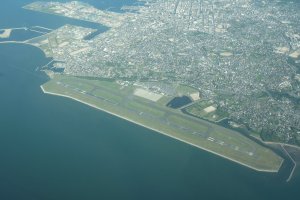