At 2,365m above sea level on Ōdarumi Pass

Summer can be grueling in Japan. Day after day of temperatures in the mid to upper thirties can really sap your energy. As for getting exercise in the heat, every year a few people actually die of heat-stroke. As far as I'm concerned, there's really only one thing to do in the dog days of a Japanese summer. Get out your hiking boots and head for the mountains!

One August weekend my friend and I jumped in the car and headed for Yamanashi. Our destination was a small carpark at the highest point of Ōdarumi Pass, right on the border of Yamanashi and Nagano Prefectures.

Ōdarumi Pass was originally a forest road that crossed the mountains between Nagano and Yamanashi, however in Yamanashi that road has been upgraded and paved in 2014. It is closed during the winter, usually from the start of December to the end of May. The way winds up into the mountains through dense forest that gradually becomes thinner as you climb. The trees look like spruce, and there are wild flowers beside the road. We passed a small waterfall or two, and a wild deer stared at our car before disappearing into the trees.

We didn't see many other cars on the road, and we arrived about 8 am, so we were surprised to find the car-park was full, and cars were already parked on the side of the road for some distance. Parking on the road means parking on a slope, so my friend engaged the parking brake, and put rocks under the wheels as an extra precaution. Although it was sunny it was really cold. We needed to put on our jackets before we set off.

The border between Yamanashi and Nagano passes through one end of the car-park. The sealed road from Yamanashi ends abruptly, but the unsealed road leading down to Kawakami Village on the Nagano side still looks pretty decent to my New Zealander eyes.

There were lots of small tents under the trees, and when we followed on of the paths we found a log cabin which appeared to be some kind of mountain lodge, simply named Ōdaru -koya (Ōdaru Hut). It looked quite inviting. Reservations are needed to stay there. You can find more information on their website (only Japanese)

There were trail signposts pointing in all directions. We headed for Yume-no-Teien, only 15 minutes from the car-park, and Mount Kitaoku-senjodake, a climb of 40 minutes. The pass intersects with a long trail that in one direction extends to Mount Asahi, Mount Tetsuzan, Mount Kinpu, Mount Ogawayama, Mount Yokoo, and ends at the Hirasawa River in Kiyosato's Takane-cho. Mind you, to get that far might take you two or three days! In the other direction the trail leads to Mount Kobu-shigatake (6 hours, and there's a hut there), Mount Sanpo in Saitama, Mount Daisen (also Saitama, not Tottori), and Mount Mikuni, where the trail forks in two directions, both crossing into Gunma Prefecture. Being so high up means the temperatures are cool, and the views are spectacular. Also, the forest around there is really beautiful.

If you are driving from Tokyo, the entrance to Ōdarumi Pass Pass is at the end of Route 219 in Yamanashi. The top of the pass is about 90 minutes from Enzan Station on Chuo Line by taxi or bus (the bus must be booked in advance.) 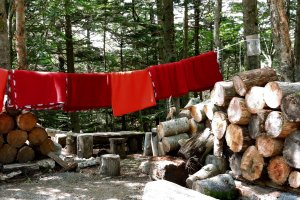 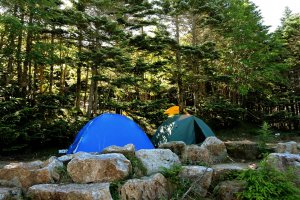 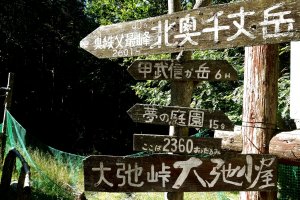 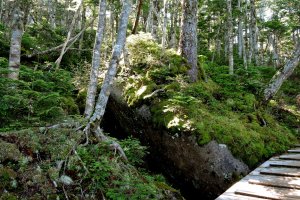 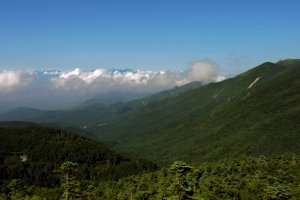 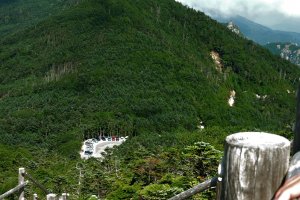 Bronwyn O'Neill 3 years ago
What a beautiful climb!
Reply Show all 0 replies
1 comment in total