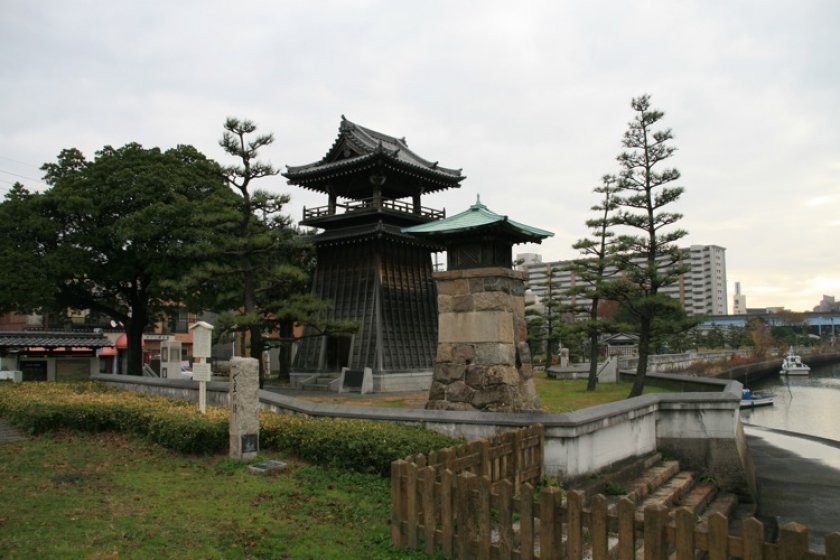 Shichiri no Watashi in Nagoya

41st stop on the Tokaido

In the series of woodblock prints by the artist Hiroshige depicting the 53 stops along old Tokaido highway that linked Edo, modern day Tokyo and the ancient capital, Kyoto, the 41st station on the route, and the 42nd print in the series was known as Miya Juku, or Shichiri no Watashi.

You won’t find the area on a modern day map, as Miya referred to the nearby Atsuta Shrine, Japan’s second most important and revered shrine, located in Atsuta-Ku of Nagoya City.

Miya Juku wasn’t just the 41st stop on the old Tokaido, it was a major junction point, where another minor roadway, the Minoji linked to the equally important Nakasendo, the Central Mountain Route, as well as the busy Saya Kaido. It also prospered thanks to it’s being close to Atsuta Shrine, and thus popular with pilgrims as well as travelers. Because of this, the area had the most Hatago, official rest places for travelers to lodge and get something to eat, of any station on the Tokaido, as well as two Honjin, where daimyo and others of importance and rank could stay. Horses were often corralled and leased from the intersection, hence the scene by Hiroshige shows horses being led by rope.

The previous stop was at Narumi, six kilometers east. The next stop was at Kuwana in modern day Mie Prefecture, about 27 kilometers away, or by the old Japanese standard of distance, seven Ri, hence the name, Shichiri, or Seven Ri. That distance was covered by boat leaving from the docks where the Tokugawa kept their huge wooden and steel clad warships. The ferry service was banned three years after the Meiji Restoration in 1871, although recently, special tour ferry services reenacting the trip run infrequently, and mostly in the summer months.

Most of the remaining Hatago and Honjin were destroyed in air raids during World War Two, as the area was used as a major manufacturing base for Zero fighter engines. In fact, nearby concrete walls retain the pockmarks of bullet holes from allied attack fighter planes. What was left was pretty much destroyed in the Great Ise Wan Typhoon of 1959.

These days the old Bell Tower and the stone lanterns have been rebuilt. The area is a small park,  a well signposted and enjoyable local historical walk route has been established and a few nearby old houses remain from the past. Enjoy the walk, and a stop in the park, at the 41st stop on the old Tokaido. 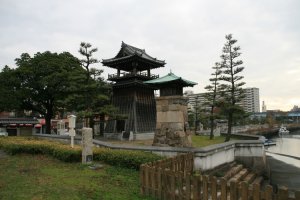 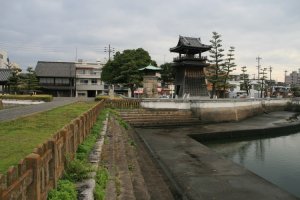 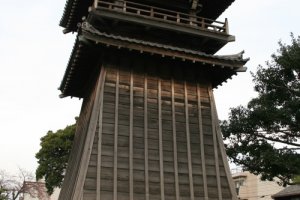 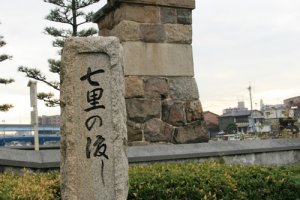 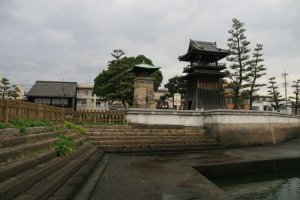 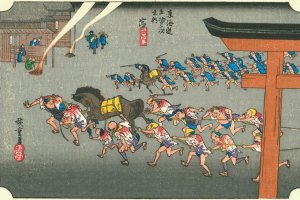