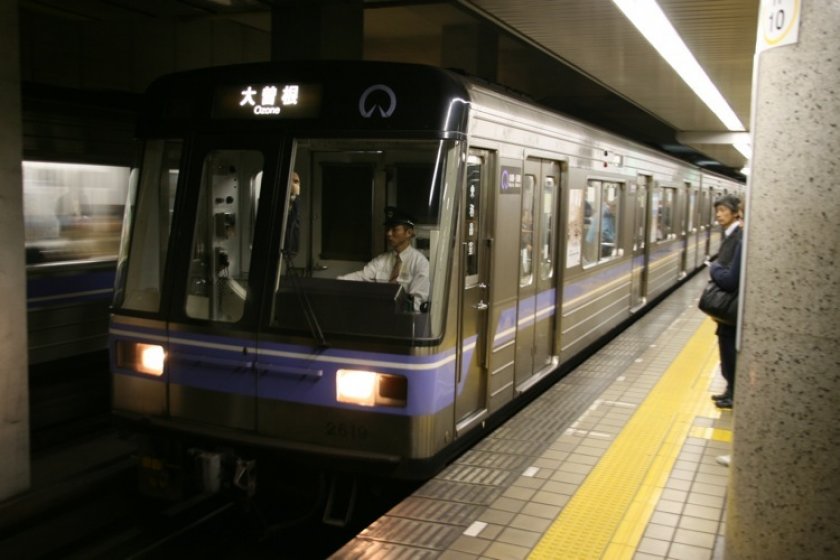 Japan’s first, and only true loop line subway system with a distance of 26.4 kilometers is the Nagoya Municipal Subway Meijo Line.

This is actually the second loop completed after Tokyo’s Oedo Line, however the Oedo line features a switchback, used for relocating engines, which technically disqualifies it as a true loop track. The Meijo line is shorter than the Yamanote Loop circumnavigating Tokyo, but longer than the Osaka Loop Line, both operated by JR. The line features 28 stations and takes 48 minutes to travel a complete loop. The loop runs from Kanayama just south of the station, through the city center, via Sakae, the western suburbs of Ozone, to Nagoya University, and back to Kaneyama.

Officially termed the “Nagoya City rapid Railway Line 2”, the Meijo Line took its name from the first and last characters for Nagoya Castle, becoming Mei (the other reading of the kanji Na, from Nagoya) and Jo, or castle. The line, colored purple on subway maps, first opened between Sakae and City hall in 1965. Extensions were completed in 1971. In 1974, the line commenced operating between Aratama Bashi and Kanayama, with the entire loop being finished in 2004. Another offshoot of the original line between Kanayama and Nagoya Port was nicknamed the Meiko Line.

The entire route is double tracked at 1435 millimeter standard gauge. 36 sets of 2000 series rolling stocktotaling 216 stainless steel cars, or six cars per trainset with a capacity for 620 passengers travel at a maximum speed of 65 kilometers per hour. The 600 volt current is fed by a third rail.

Stations along the purple line are identified with the letter “M” and a station number. Stations run in order:

An estimated 197,082 people ride the line daily. Fares run between 200 and 260 Yen.  The Meijo Line is listed as the world’s 15th longest subway tunnel, and third longest in Japan.

The ease of access to many of Nagoya’s major tourist attractions and shopping areas via the Meijo Liine will make it an important line to look up, and a simple one to help you enjoy all that Nagoya has to offer. 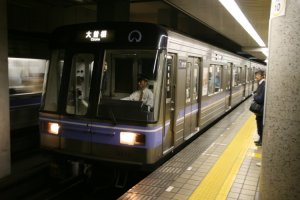 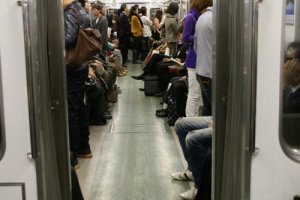 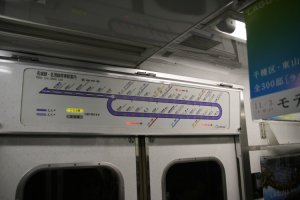