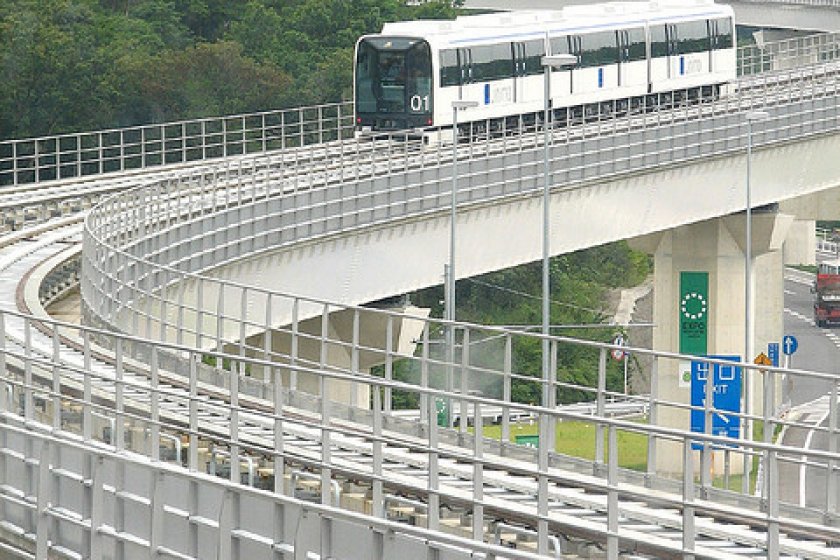 The Linimo snaking its way across eastern Nagoya (Photo: POHAN)

In 2005 , Aichi Prefecture was host to the World Expo 2005. To cater to the expected masses, and to comply with the EXPO’s theme of ecological co-existance, renewable technology and the wonders of nature, an eco friendly, magnetically levitated train system was constructed between the last station on the Higashiyama Subway line at Fujigaoka, and Yakusa, site of the EXPO’s satellite grounds. The Linear Motor or LINIMO maglev train operators claim it to be the World’s first commercially operated Magnetic levitation train system, however it was predated by the free to use Birmingham Maglev, operating since 1984, Berlin’s M-Bahn, which commenced in 1991 and shut down months later, and the Shanghai Maglev Train, in service since 2004.

Operated by the Aichi Rapid Transit Company, the smooth running Linimo floats eight millimeters above the track while in motion and boasts a top speed of 100 Km/h, although it is intended as an alternative to conventional transportation systems rather a high speed train line. Leaving Fujigaoka Station, the Linimo climbs a maximum six degree gradient and follows the main roadway towards the EXPO site. Along the way, the Linomi track, and road below it cross the old Nagakute battlefield, site of the samurai war between the Tokugawa and Toyotomi forces in 1584, accessible via station L04, Nagakute Kosenjo.

The Linimo line has nine stations along it’s twin railed eight point nine kilometer track. Ticket prices range from 160 to 360 Yen. Each station, like it’s subway system counterparts, are easily identified by an “L” followed by a station number.

Construction of the line cost approximately US$575 million, while train itself came in at about US$380 million. During the EXPO, the Linimo saw an average of 31,000 passengers daily, dropping to just 12,000 daily after the event. Linimo continues to service the local community with trains running daily between 5:50am and 12:05am.

Take a ride on the Linimo Maglev train, it's MAG-nificent! 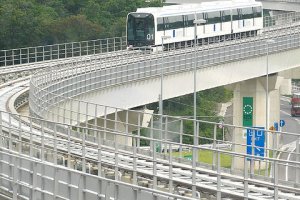 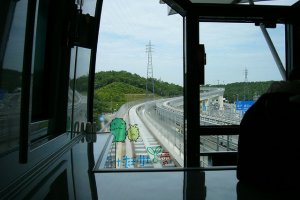 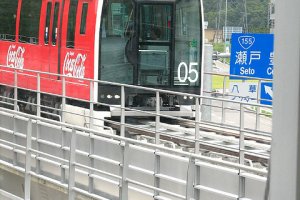