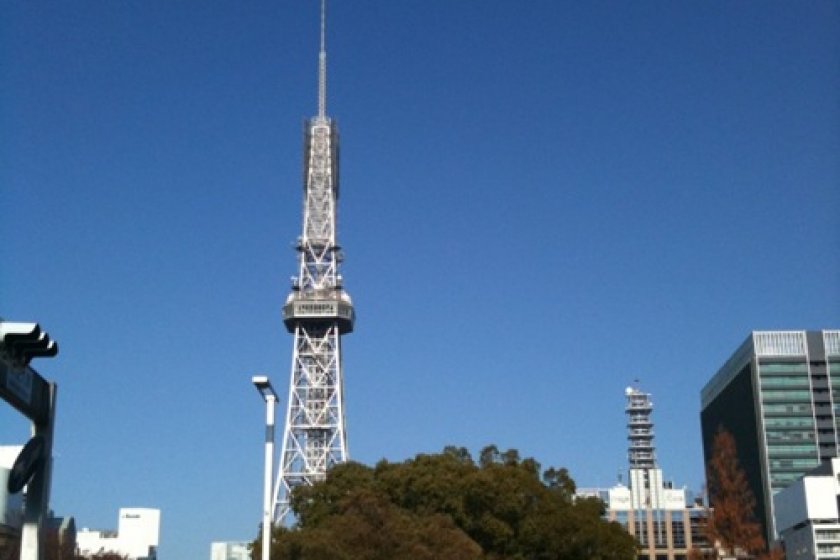 Nagoya's Tower was erected in 1954, some four years before Tokyo Tower, making it Japan’s first and oldest remaining free-standing steel truss television transmission tower. Based on the design of France’s Eiffel Tower, and one of the most visible symbols of Nagoya city, the tower stands at the northern end of Hisaya Odori Koen, also known as Central Park, a 1 Km stretch of green running through the centre of Nagoya City.

The 180 meter high tower has two main observation decks accessed by either elevator or for the fitter, more adventurous sightseer, some 430 stairs. The 90 meter high Indoor Observation deck houses the elegant Sky Balcony restaurant, often used as a wedding venue and providing fine views of the city, including Nagoya Castle, the Twin Towers Station complex, the Southern Alps to the north, and Mikawa bay to the south. Above that, offering a slightly better view at 100 meters is the Outdoor Sky Balcony. The Sky Balcony often has padlocks clipped to the protective fencing, left there by Nagoya’s romantic couples sealing their love with a padlock inscribed with their names. Below that, the 30 meter high decks feature a fine restaurant and gallery. Under the tower are a number of outdoor stall type eateries, most popular in summer, as well as cafes and small restaurants.

Nagoya’s TV Tower was destroyed in 1964 by a rampaging mutant dinosaur, Godzilla, in the movie Mothra Vs. Godzilla, and again by another monster, the insect-like Battra in the 1992 Godzilla Vs Mothra movie.

Unfortunately it isn’t mutant monsters, but technology that may be the tower’s worst enemy. Despite standing proud over Nagoya City for almost 70 years, the tower was retired on July 24, 2011 when Japan ceased terrestrial analog broadcasting, with all TV station signals emitting from the new Digital Broadcast Tower at nearby Seto. Nagoya Tower remains a much loved symbol of the city, and continues to serve as a popular meeting, dining and sightseeing spot. 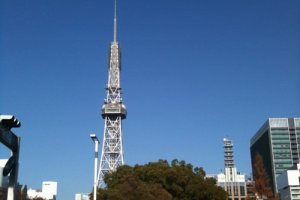 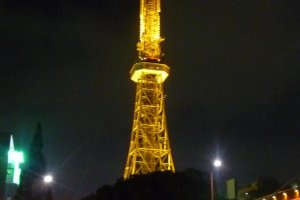 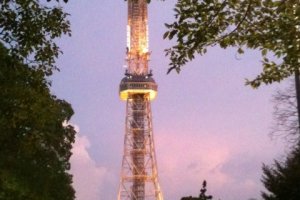