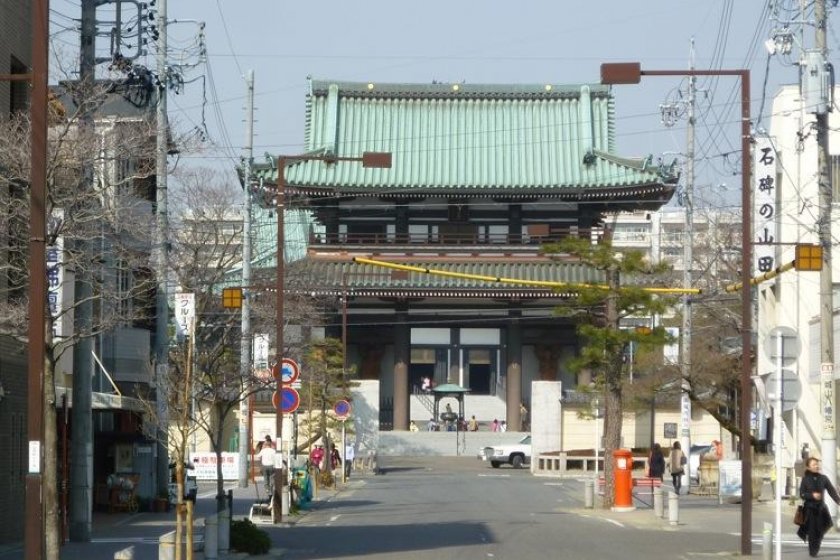 A Temple of Two Nations

Entrance to the Nitaiji along the picturesque streets (Photo: PPF)

The Nitaiji Temple isn’t as historical as some other Buddhist Temples, having been built at the beginning of the last century, and reconstructed in the eighties, however it is a place of great religious significance as the Nitaiji contains fragments of bone from the Great Buddha, Shakyamuni.

Nitaiji is maintained by various sects of Buddhism as an international, non-sectarian temple, and celebrates a special friendship that exists between Thailand and Japan, hence the name Ni (from Nippon) and Tai, (Thailand) Ji, (meaning temple) and was completed in 1904.

The story goes that in 1898, a British explorer found a large urn containing human bones. The outside inscription confirmed them to be those of the Buddha.

The treasured fragments were donated as a sign of friendship from Thailand in 1900, having been discovered in India in 1898. King Chulalongkorn of Siam as Thailand was then known, received the ashes from predominantly Hindu India and allocated several pieces to prominent Buddhist countries around the world. In Japan, cities were encouraged to bid for the rights to house the relics, and Nagoya’s bid won. The Nitaiji temple was completed 4 years later in 1904, and opened to much fanfare.

Similar fanfare was celebrated in 1984, with the inclusion of a special gold leaf covered tablet featuring an inscription written by the monarch of Thailand celebrating the Nitaiji’s rebuilding in 1984. A Thai styled statue of the Buddha was also added to the Nitaiji’s collection on that occasion. Further celebrations were held in 2004 to mark the temple’s 100th anniversary.

The Nitaiji Temple’s two story main gate is quite impressive, as is the five stories pagoda in the main grounds close to the main worship hall. Priests chant sutras daily from 12:30 in the Hondo and visitors are welcome to enter and watch for free. The mortal remains of the Buddha are housed in a huge white stone stupa not in the temples precincts, but in a special enclosure to the north east and attached to the temple’s huge cemetery. Surrounded by trees, the 15 meter high stupa’s golden crown is visible as you walk the area. Visitors require special permission to enter the enclosure.

The 88 Temple Pilgrimage of Shikoku is still very popular, however the time and cost of a pilgrimage to Shikoku can be prohibitive, and so the Nitaiji offers the next best thing. 88 small hut like temples and statues have been set up along a few hundred meters stretch around the precincts. Each is numbered, and it’s believed the effect of praying to each and every one is the same as having made the actual pilgrimage. Only faster and cheaper.

Visit on the 21st of any month and you can enjoy the added bonus of a large and very popular flea market selling locally grown fruit and vegetable produce, handcrafts, bric a brac, home wares and even antiques too. The fair starts at 9am and wraps up around 2pm.

The Nitaiji is an important destination for Buddhists from all over the world, and you don’t have to be Buddhist to appreciate the beauty and atmosphere of this much revered landmark. 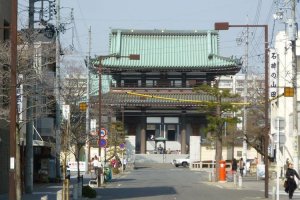 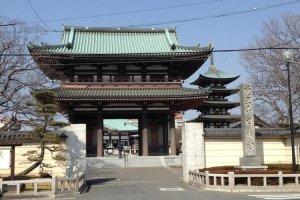 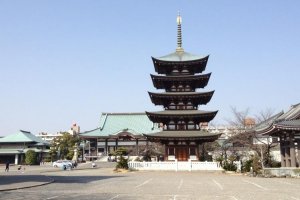 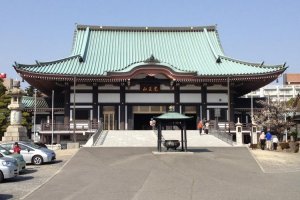 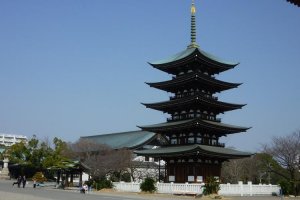 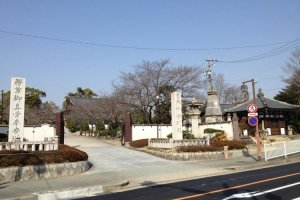