Japan Railway's return to the Age of Steam

Akita is often seen as the end of the famous 'Narrow Road to the Deep North', popularized in the writing of the poet Matsuo Basho.

This allusion certainly speaks to the isolation and remote beauty which the prefecture possesses even to this day. However, though Basho’s original narrow road has long since faded into memory of most folk in the Tohoku, in 2011, Japan Rail East determined that, as far as they could, the company would create their own take on the narrow road, by refurbishing one of their classic locos and re-establishing regular steam services up the beautiful Japan Sea rail link through the prefecture.

JR East already had two steam engines in regular service before engine C61-20 was restored for the Akita region at the cost of over three hundred million yen (about three million USD).

First going into service in 1949, this engine is a truly lady of the North, serving most of her career drawing passenger traffic between Akita and Aomori. That being the case, it is only fitting that, when her restoration was complete, she was given the name ‘Akita Komachi’ 「秋田小野」, after the name of the famed poet of the North Ono-no-Komachi, whose beauty won the heart of Emperor Ninmyō in the 9th Century.

Since the Summer of 2011 she has regularly steamed up and down the coast of Akita, carrying tourists back into the past on her own narrow road, and opening the beauty of the Japan Sea coast both to rail fans and to travelers who wish to take a more leisurely, and stately route up-country on the Gono Line in the Summer months.

In the Summer months JR runs several scenic trains every day from Akita to Aomori – known as the ‘Resort Shirakami’, using specially designed railcars which allow for unparalleled views of the spectacular volcanic sea coasts.

However, there is something about steam travel which cannot be equaled by the quiet functionality of an efficient electric car. Therefore, when planning train travel in Akita, we strongly recommend you consider the beautiful Steam Komachi as your vessel of choice, if she is running during your visit. 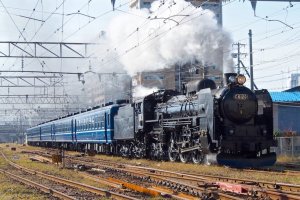 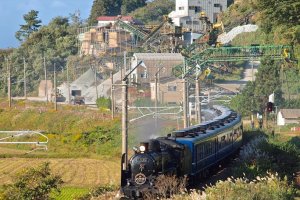 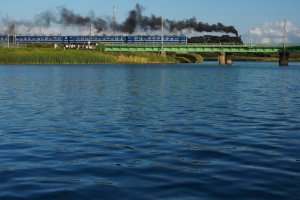 Kim 3 years ago
I love discovering unique train experiences in Japan! Akita is a prefecture that I want to explore more of, so this looks like one to add to my itinerary!
Reply Show all 0 replies

Bonson Lam 8 years ago
Professor Ashmore, there is something hauntingly beautiful about a steam train whistle in the dark cold skies above Akita at night, going through the forests. Thank you for telling us about the revival of this train service.
Reply Show all 0 replies

Dale A. Brown 8 years ago
It is fantastic that they are reviving the old locomotives, giving the age of steam engines a second wind. I am glad you have found a new outlet to express you train enthusiasm Professor. I am looking forward to your future articles.
Reply Show all 0 replies

Justin Velgus 8 years ago
Splendid first contribution Professor. It is a pleasure to read your writing. Thanks for sharing this unique feature of Akita. Let's share more of Tohoku!
Reply Show all 0 replies
4 comments in total