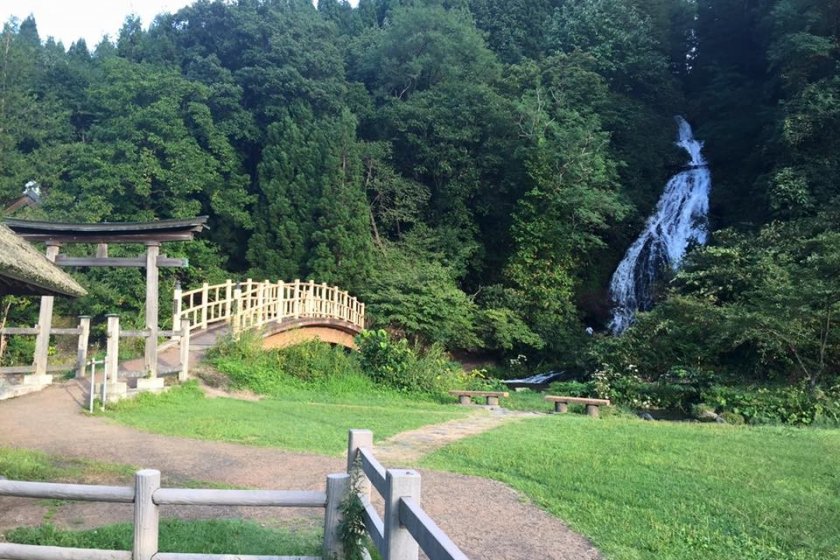 Green scenery and a splendid waterfall

Less than 20 km southwest of the famous Lake Towada lies another beauty of nature, the Nanataki Falls. Literally meaning “seven waterfalls,” Nanataki Falls was listed as one of Japan’s top 100 waterfalls by the Japanese Ministry of the Environment in 1990.

The Legend of Nanataki says that long ago, a great landowner named Magozaemon, in attempt to show off his power, threw firewood over the falls despite it being prohibited. As the firewood fell, a horrible pained groaning emanated from the falls, and the earth and heavens alike began to shake. The firewood hit the water but never resurfaced, and soon after Magozaemon was bedridden with disease. As it turned out, the waterfall was actually the incarnation of a snake spirit, and the spirit appeared in Magozaemon’s dreams to curse him for his arrogance. Reflecting on his actions, Magozaemon built the Nanataki Shrine, absolving him of his sins.

Extending 60 meters, the falls splits into a series of seven distinct cascades, giving it its namesake. In the warmer months, the area is full of green, perfect for relaxing while listening to the sounds of the water in the background. The falls are also beautiful to see in the winter, when they’ve frozen over and the snow on rock contrasts white with shades of dark grey. The nearby tea house allows you to sit and enjoy a meal while basking in the ambience of the area.

Best accessed by a car, Nanataki is located about 25 minutes away from the JR Towada-Minami station and less than 15 minutes from the Kosaka Interchange off the Tohoku Expressway. Across the road from the falls is the Kosaka Nanataki roadside station (Michi-no-eki Kosaka Nanataki), a rest area with a “Heartland Market” that sells local goods like rape blossom oil, Kosaka honey, and Towada sake. 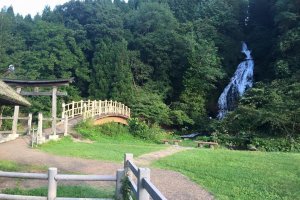 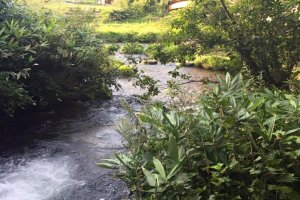 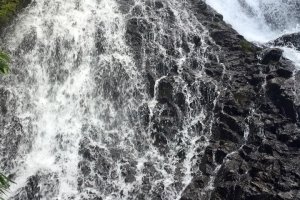