Not much is known about Tohoku to the average traveller; perhaps only the memory of the 2011 Great East Japan Earthquake that devastated the region remains. But the region rebuilt quickly and has begun to reestablish itself as a place teeming with lovely landscapes. For nature lovers, this is the place to be.

The Tohoku region consists of six prefectures: Fukushima, Yamagata, Miyagi, Iwate, Akita, and Aomori. Nestled south of Hokkaido and northeast of Tokyo, the area is mountainous and filled with tradition. Throw in some of Japan's most famous onsen towns, Tohoku suddenly seems like an exciting adventure waiting to be discovered. In this six-day plan, we explore Akita, Miyagi, Yamagata, and Iwate, but feel free to visit Fukushima and Aomori.

Start your trip in Akita and head to Lake Tazawa (or Tazawako) to witness the deepest lake in Japan. Its clear waters and the Towada-Hachimantai snow-capped mountain range behind paints an impressive landscape that inspires imaginations. There, you can visit the Goza no Ishi Shrine and Tatsuko statue (a local symbol of a girl who prayed for everlasting beauty but was turned into a dragon who sank to the bottom of the lake). Sightseeing boats also make rounds at the lake, allowing you to take in the wondrous sight before you.

While the trip might last around half a day, you can choose to camp overnight if you're an outdoor person. A visit to the nearby Nyuto Onsen, a group of hot springs known for their acidity, is usually combined with Lake Tazawa.

If you're visiting during spring, head to Kakunodate after Lake Tazawa and bask in one of the most famous cherry blossom spots in Japan. Kakunodate is a samurai district that retains a traditional charm that is made even more spectacular with the rows of sakura trees along the bank of the Hinokinai River.

A second day of amazing sights await you, this time in Miyagi, where Matsushima Bay's numerous islands form one of Japan's three most beautiful sights, along with Miyajima in Hiroshima and Amanohashidate in Kyoto.

Over 200 islands with pine trees surround the bay and sightseeing ferries from Matsushima to Shiogama are the best way to view the islands up close. Around Matsushima, several bigger islands such as Fukuura and Oshima Islands can be accessed by walking.

Beautiful temples like Entsuin and Zuiganji are also a short walk from the JR Matsushimakaigan Station, making the area a must-see in Miyagi.

An easy side trip from Miyagi would be to Hiraizumi and Geibikei Gorge in Iwate Prefecture. The UNESCO World Heritage listed Chusonji Temple is Hiraizumi's most famous attraction. With a large temple grounds that houses many halls and shrines, it is perfect for immersing in tradition.

Next, head to Geibikei Gorge just a short distance away, where a 90-minute round boat ride cuts through an exquisite natural rock formation. Especially beautiful in autumn when the leaves turn into a flaming shade of red, orange, and yellow, Geibikei is home to carps and ducks that you can feed, with food bought from the store near the pier.

On the return trip, the boatsman will serenade you with a traditional folk song that will leave you with chills and memories of the ride.

Make your way south to Yamagata Prefecture where Yamadera and Ginzan Onsen are, for a spiritual experience. Yamadera is a thousand-year-old temple that is perched on a steep mountain, requiring you to ascend 1,000 flights of steps to reach the summit. Particularly beautiful in autumn, the temple's Godaido Hall overlooks a scenic mountain range that burns red during autumn.

Rejuvenate your tired body next at Ginzan Onsen, a small traditional hot springs town. This secluded place houses many ryokans and is great for a stay while enjoying the town's quaint atmosphere. For those on a day trip, there are public baths to soak in, and several ryokans open their doors to visitors as well.

Prepare for an adventurous day as we head to Mt. Zao to see its stunning Okama crater. There are a number of ways to access Zao's Kattadake peak, where you can see Okama. One bus from Kaminoyama Onsen and Yamagata Stations each head to Kattadake around 9am to provide an easy access to Okama, while the other way is to head up via the Zao Ropeway at Zao Onsen.

From the upper station of Zao Ropeway, it is a 90-minute hike to Kattadake, passing by the mountain's highest peak Kumano. If you decide to head there during early spring, remember to wear snow hiking gear as temperatures dip to the negatives and powerful winds and fallen snow stand in your way.

The final leg of the trip will take you to Dewa Sanzan, three sacred mountains in Tsuruoka City, west of Yamagata Prefecture. These mountains, Haguro-san, Gas-san, and Yudono-san, represent birth, death, and rebirth respectively.

These mountains are the heart of spiritual endurance — with pilgrimages popular during the summer and autumn months. At Yudono-san's final stop, a mystical experience awaits. No photography is allowed there so head up to experience the "rebirth".

For the full experience, head to Dewa Sanzan from July to September when all three mountains are opened. Haguro-san is the most visited, being opened all year round, while Yudono-san is opened during spring to autumn, and Gas-san only from summer to autumn.

Head to Japan Travel's Tohoku feature page to discover more places to see in the region! 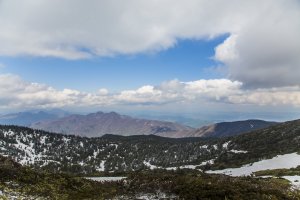 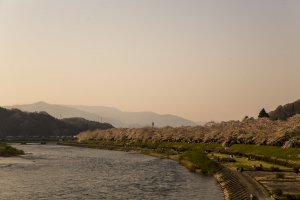 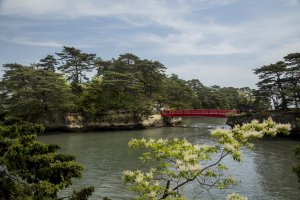 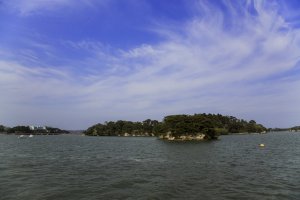 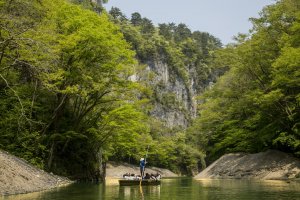 Kim 3 years ago
So much natural beauty - the pictures are fantastic!
Reply Show all 0 replies
1 comment in total