A Closer Look at Tohoku

The Tohoku region is known for its nature, and though perceived to be inaccessible, the shinkansen makes getting most of the way there fairly painless, with beautiful scenery en route to boot. If you’re interested in nature, hiking, trekking, small towns, rural areas, the countryside, folklore, and hidden or off the beaten track locales, Tohoku is a fine destination.

Here we showcase some highlights from Aomori, Iwate, and Miyagi.

Here’s something different: Rice paddy art. “This is a village with nothing but rice fields–no sea, no mountains,” explained our guide. “The townspeople decided to go with what they have, and what they have is rice fields. So they made the tanbo art.” The town, which has about 8000 people, has a town meeting to decide what kind of scene to make each year, hoping to create something with broad appeal. This year’s theme is Godzilla, as the town wanted to follow last year’s Star Wars theme with something a bit more Japanese. The nine different varieties of rice that it took to make the different colors and heights in the piece were hand planted by 300 volunteer villagers. Planting happens in June, and the best time to view is around the end of July or beginning of August, though the art is visible through October. There are also some enormous stone art mosaics onsite, depicting famous actors such as Ken Takakura. Both the stone art and the rice paddy art are huge, each spanning a field, and cannot be properly viewed from ground level. The admission fee to the viewing tower built specifically for this purpose is 300 yen, and there’s a dedicated train from Hirosaki that comes to “Tanbo Art Station” during viewing season.

Take a stroll through Hirosaki Castle Park, a lovely place for a picnic or a lazy afternoon walk. The foundation of the castle is currently being repaired and the castle had to be moved, so the townspeople got together and hauled it on huge rollers, by hand, to an adjoining area. Townsfolk teamwork seems to be a theme up here in Aomori! When you look at the castle and think about humans moving it by hand, you can begin to think that maybe aliens weren’t involved in building Egypt’s Pyramids after all…

The fetching Oirase Stream and Gorge winds from Lake Towada, with over a dozen waterfalls along the way. Walking or cycling alongside makes for a beautiful nature excursion, and the stream is a major destination for fall foliage seekers. A fun pastime along the trail is “moss viewing,” where budding botanists can use a loupe to see the tiny flora growing on the primeval trees growing along the trail. Oirase Keiryu Hotel is a nice home base for exploring this region, and patrons can also take advantage of the local hot springs here.

The Tanesashi Coast, along Japan’s eastern seaboard, faces the Pacific Ocean. The area was devastated in the 2011 disaster, but has since been rebuilt and is ready to welcome visitors. Visitors can try walking and hiking along the coast. sea kayaking, and sampling fresh catch from fisherfolk for a seaside lunch or barbecue dinner.

With its delicious rice, clean water, and cold temperatures, Tohoku has the ideal ingredients for making great sake, and some of the country’s best nihonshu breweries are located here. At Seki no Ichi in Ichinoseki, you can sample the local specialities like some of the 300 varieties of mochi famous in this area, washed down by sake and microbrewed beer made on-site, all served in a 100 year old brewery. Lunch is available by reservation only.

This Buddhist temple is one of the most important in the region, and is said to be founded more than 1000 years ago in 850. The Golden Hall, dating from the 1100s, is a wooden structure splendidly covered by gold leaf and mother-of-pearl, and unusually holds the mummified remains of the Fujiwara lords of the region. In a grisly twist, the final Fujiwara to be interred was Fujiwara no Yasuhira, who was beheaded and whose head alone rests next to his father’s mummy. Found in the head box were dozens of lotus seeds, which were later planted and now grow on the premises.

Boating down the Geibi Gorge in Iwate is a magical experience. Whether it’s the green season in the mysterious mist, autumn ablaze with colors, or winter and everything covered in frost and snow, Geibikei (meaning Lion’s Nose Gorge) is breathtaking. The ride takes an hour and a half. Your boat captain will sing you a folk song, the melody haunting as it echoes off the towering rock faces.

Miyagi is rife with hot springs, and each one has a different character. At Naruko Onsen in western Miyagi, the town boasts over 400 hot springs sources, giving the area the nickname “department store onsen” because you can get a little of everything. Different mineral contents and heat levels are beneficial in different ways for skin, aches, and ailments. After relaxing in the springs, you could try trekking in the gorgeous Naruko Gorge, or eating dazzling kaiseki cuisine made from seasonal, local ingredients at 5th-generation-owned Ryokan Onuma, a traditional Japanese inn with both private baths (so shy or tattooed people can bath with ease) and gender mixed bathing (for the more adventurous).

This wholesale seafood market is the largest in Tohoku, and sits right at the port where the fresh catch can be brought in directly. With 120 vendors, the market is open from 7:30 to about noon, and is open to the public for shopping, unlike many other wholesale markets. In fact, the market has a service where patrons can buy their favorite selections and bring them to a makeshift dining area, where they can get a rice and miso soup “set” for 300 yen and construct their own donburi bowls, of impossibly fresh sashimi on top of rice.

Matsushima is famously known as one of the top three views in Japan, and cruising through Matsushima Bay studded with tiny, spare islands covered in pine trees over striated rock, it’s easy to see why – the whole area looks like a large scale Japanese garden, but wrought by nature instead of human. At Zuiganji, deities are carved into the rock faces of the cliff, forming caves and grottos. The adjoining temple, Entsuji, boasts a lovely classical garden with bamboo, roses, curving stone paths, and a pond. Visitors can try making Buddhist prayer bracelets here, with explanation of the meaning of the various stones. 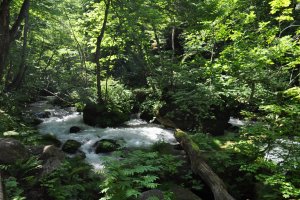 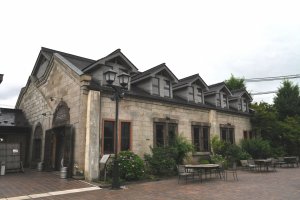 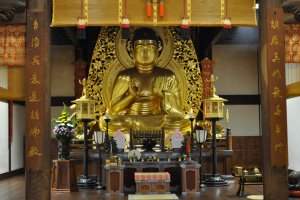 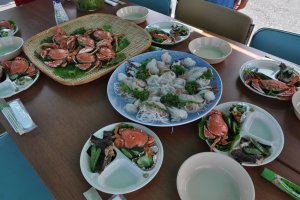 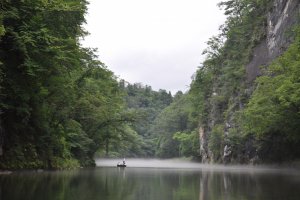 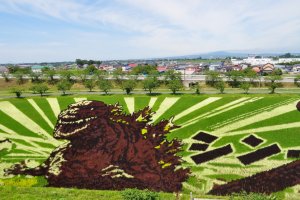 Roger Smith 5 years ago
One note- in case you have trouble finding it, the temple with the nice gardens in Matsushima is Entsuin Temple （円通院） and it is located very close to Zuiganji Temple. Sign up for bracelet-making where you buy your ticket.
Reply Show all 0 replies

Cordelia Ding 5 years ago
I would love to visit Tohoku!
Reply Show all 0 replies