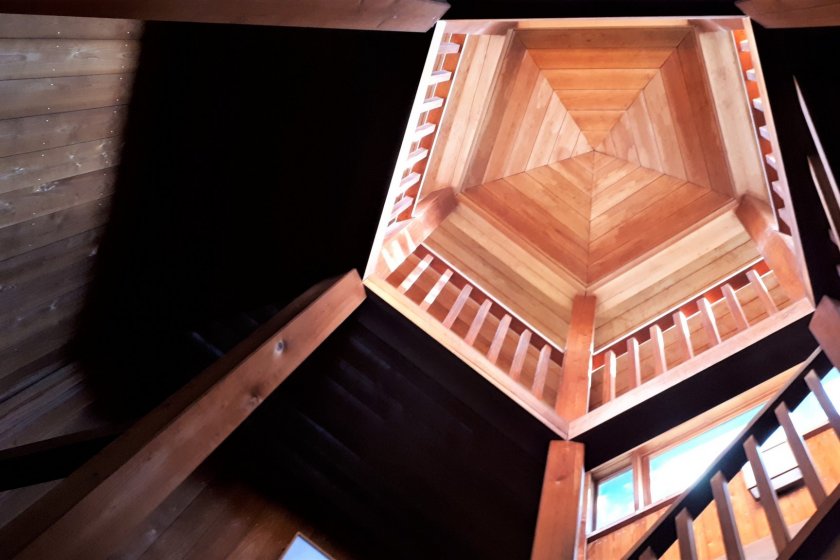 A reminder of the days of old Edo

Interior view of the tower ceiling from the bottom

Surprisingly rich in history, Soka City was the site of the official second post station on the old Nikko Kaido highway during the Edo period. Over time, the station developed into the fourth largest of the post stations and was even mentioned in the travel writings of Japan's famous haiku master, Matsuo Basho when he began his legendary journey into the north.

The most famous indication of this journey as well as the role Soka played in Edo period history is its Soka Matsubara Promenade. Stretching some 1.5 km along the Ayase River, this promenade features over 634 pine trees, many of them having been planted during Basho's time. The promenade is a popular spot for walkers and joggers and the view of the pine trees views is quite soothing.

At the beginning of this promenade lies Fudabakashi Park, a rest area for walkers and visitors alike. The centrepiece attraction of this park is the bourou watchtower. With its crisp, geometric structure, the tower is a recent construction that mimics the old watchtowers of Edo times.

Inside, the tower itself is quite bare but with a sense of almost being sealed off from the outside, surprisingly silent. A spiral staircase takes you to the top where you will find an indoor observation deck with views over the nearby river. The tower becomes a popular spot to watch the blooming cherry blossoms during spring. Outside, at the base of the tower, you'll find a small souvenir store and information centre.

As you leave the tower, you will notice a statue of Matsuo Basho, in repose, looking over his shoulder as he leaves Edo for his journey north. A nice reminder, when you visit the tower and the promenade, of the historical value of Soka City.

Take the Tobu Skytree Line to Dokkyo-Daigakumae Station and head out the East Exit. The watchtower is about a 15-minute walk. 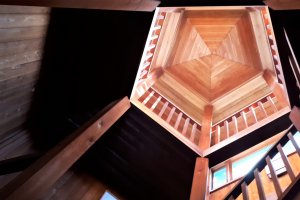 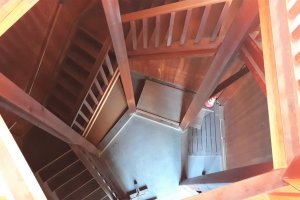 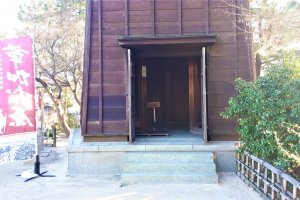 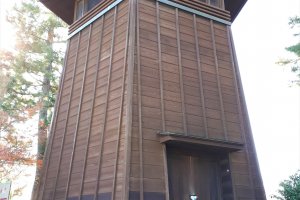 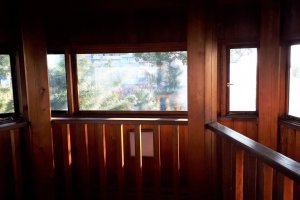 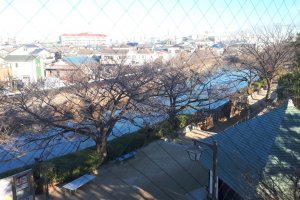 Elizabeth S a month ago
Some cities went to great expense to recreate castles but I’ve hardly ever seen reconstructions of wooden buildings. The interior spiral stair is visually interesting too.
Reply Show all 1 replies

Sleiman Azizi Author a month ago
It's so simple but all the more impressive because of it.
Reply

Sleiman Azizi Author a month ago
That tower had always grabbed my attention every time I walked by it.
Reply

Kim B a month ago
Lovely architecture!
Reply Show all 1 replies

Sleiman Azizi Author a month ago
The shots turned out nicer than I expected.
Reply

Elena Lisina a month ago
I like such small, quiet and very peaceful places in Japan.
Reply Show all 1 replies

Sleiman Azizi Author a month ago
Lots of history. I've walk that promenade hundreds of times and never knew of its history until much later.
Reply
8 comments in total