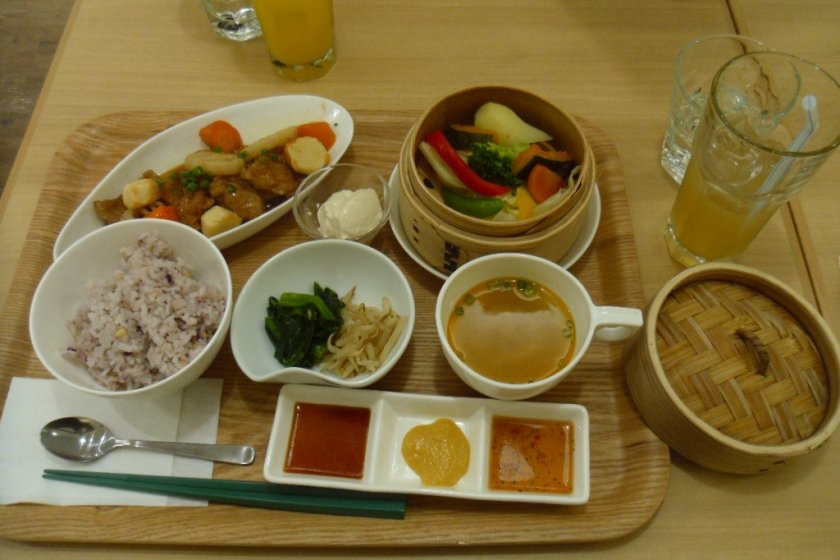 Japan does many types of cuisine very well, but not all food culture has caught on here. Vegetarians and vegans in particular can struggle to find suitable meals. Restaurants that understand those diets and provide nutritional and varied menus are still rare, but they do exist. One such restaurant that has seen great popularity in Tokyo is T's Tantan, famous for its “vegan ramen”, and now it has come to Sendai.

T's is open for business in the S-Pal basement restaurant alley of the Sendai station building, close to one of the exits from the subway. Outside is a cheerfully lit display of the food on offer, from individual dishes to set meals. There are chairs for waiting customers, but there isn't usually a line-up, despite it being a relatively small store.

Inside, the walls are covered with simple but informative infographics-style signs explaining that they use no fish, meat, eggs or milk. They use a lot of soy and gluten as alternatives. Each table has a menu in Japanese, but well aware of their popularity with foreigners, they have English menus available, too.

There are differences in the menu from the Tokyo store, one of which is a Sendai exclusive. It's a set meal which includes Miyagi/Sendai's aburafu (fried gluten) in a creamy soy milk soup.

My favorite meal is the one with yurinchi sauce. Vegetarian meat is soaked in a sweet and sour sauce with vegetables, and served with rice, soup, steamed vegetables with dipping sauces, and a mini soy pudding. It's healthy, full of flavor and has a delightful range of tastes and textures. It's satisfying without being too heavy, and at a great price.

In the evening, you can order the steamed vegetables as a separate snack. There is also gyoza available, and the set meals have a gyoza included with the steamed vegetables. I highly recommend the gyoza, which are another thing besides ramen which vegetarians and vegans usually have to avoid.

The ramen is equally delicious, and the restaurant has been given a big thumbs up from all my friends, too. T's has everything – delicious food, affordability, great hours, and it's foreigner friendly. Based on that, I have to say that it's currently the best vegan/vegetarian restaurant in Sendai. 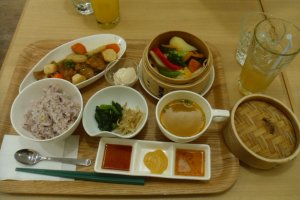 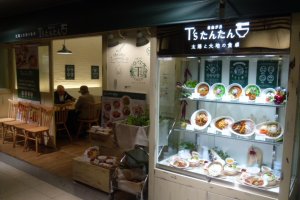 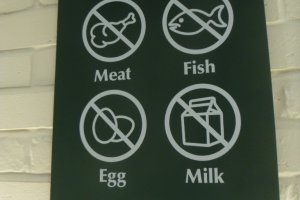 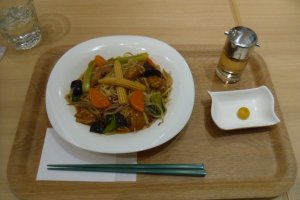 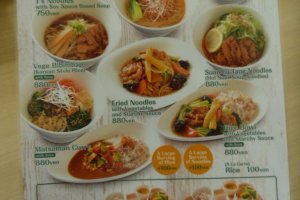 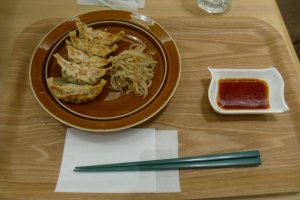 Kim B a year ago
Didn’t realize they had one there too but that’s super convenient! I often go to the one in Tokyo!
Reply Show all 0 replies

Amber Mezbourian 5 years ago
T's Tan-Tan was always my go-to place to eat when passing through Tokyo Station - I'm gutted that a branch has opened up in Sendai (which is much closer to where I lived!) now that I'm no longer in Japan. It looks as though it has a different menu, unless the one in Tokyo has also changed now (I was last there a year ago so it may well have). I'd love to try the new dishes sometime ... yet another reason to head back for a holiday ASAP. :)
Reply Show all 0 replies

Malcome Larcens 5 years ago
Looks nice except for the rice, I wonder why they don`t use whole grain. It`s so much better tasting and of course much more nutritious. I`ll check it out next time I go to Sendai.
Reply Show all 0 replies
8 comments in total