How to get it and how to use it

Although many of us enjoy escaping our day-to-day lives for relaxation and adventure, very few of us want to be completely unconnected during our travels. Whether it's contacting with friends, sharing photos on social media sites, or looking up tourist information, internet access is a necessity when abroad. If you are coming to Tohoku, the northeastern region of Japan, you will most likely pass through its capital Sendai. With several internet cafes and numerous hotels, paid internet access is in abundance. However, you read the title of this article, so here it is: free Wi-Fi options you can enjoy Sendai.

The first major option available exclusively to tourists is the Miyagi welcome card. This card grants you two weeks (336 hours) of free Wi-Fi accessible on any Wi-Fi reading mobile device, courtesy of NTT East. Although this card has a Miyagi design on it, it is in fact the same card available to tourists all over Japan for 2 weeks of free Wi-Fi nationwide. Read more details and information here. You can receive the Wi-Fi card by showing your passport at major tourist attractions and access points around Miyagi, as well as such places as JR Sendai Station, Sendai Airport, Matsushima, and Zao. Instructions are straight forward and written in Japanese, Korean, Chinese, and English. You'll need to login at one of the access points by finding a location with an appropriate picture (see this article's picture section). In the downtown area of Sendai, there are many locations around the shopping arcades downtown, so you should be able to login without too much of a hassle.

If you are staying for awhile or living in Sendai, you have a few other options for free Wi-Fi access. Most Starbucks offer free Wi-Fi, but you will have to preregister before your visit as you can't complete the process without a confirmation email. Family Mart, and some limited 7-11's (and perhaps other convenience stores I am unaware of) provide free Wi-Fi, but these also require a confirmation email with no way to preregister. In other words, you probably need to rent or own a phone for the convenience store option. If you are downtown, stop by the Sendai Mediatheque which has free time-limited Wi-Fi. Or if near the Sendai City Museum, cross the street to the Sendai International Center for unlimited free Wi-Fi in the cozy Koryu Corner.

As you can probably tell, there are several free Wi-Fi options in Sendai, but it's still not perfect. This basically echoes the situation in most major Japanese cities at the moment, though it seems there are only improvements in the future. Do you know any more places in Sendai with free Wi-Fi access? Make sure to write it in the comments and let us know! Tourists' best bet is still the Wi-Fi card. Stay connected and enjoy your stay in the capital of Tohoku. 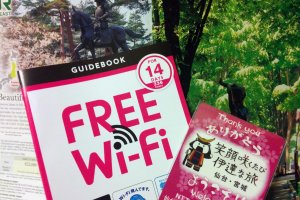 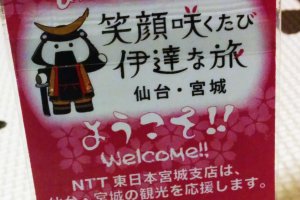 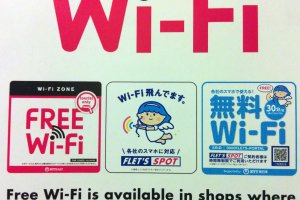 Melissa Hill 6 years ago
This is a great article because I know a lot of my American friends take having wi-fi for granted and just assume it is as abundant in Japan as in America. Nope! It certainly is hard for one to find wi-fi, and Japan is rather slow about it, but I'm happy to see that this new program is out! A great asset to many travelers!
Reply Show all 0 replies
1 comment in total