Celebrating the New Year in Japan

Some time ago, I arranged exhibitions dedicated to Christmas and New Year's decorations and celebrations in different countries. In my home country, fir trees have been decorated for New Year's celebrations ever since 1700, but in many western countries you'll find trees are decorated for Christmas. Japan has accepted the western style of celebrating Christmas with all its traditions — Christmas trees, Santa Claus, and such. However, the celebration of a New Year in Japan is very different from elsewhere in the world, and I found it quite interesting to learn about the unique traditions.

The traditional New Year's decoration is known as kadomatsu, and is made with bamboo trunks, pine branches, red berries, tangerines and several other elements that may even include dry seaweed and shrimp! Each of those elements has its own symbol known to the Japanese from past centuries. Kadomatsu are placed near the entrances to houses and shrines. Another type of home decoration at this time of year are wakazari, which are made from rice straw and also contain various symbols that express best wishes for the New Year.

Daruma dolls are quite popular in the lead up to the New Year, for the purpose of setting new goals to achieve. The prior year’s Daruma, with two eyes filled in (indicating an achieved goal) or with one eye (a goal left unfulfilled) are returned to temples. It was interesting to learn that in January, the ritual of burning the daruma dolls is held at many temples all over Japan.

To mark the New Year, the bells of temples ring 108 times. The Japanese believe that each ringing "kills" one human vice. In Japan, they believe that there are six sins – anger, greed, envy, stupidity, indecision, and frivolity, but each of the sins have 18 shades. So, there are 108 in total, and that's why the bells strike 108 times. On New Year's Day, temples and shrines are flooded with crowds of people!

Another traditional dish is called toshikoshi-soba, literally translating to "soba of the outgoing year". Toshikoshi-soba is served as a sign of good health and a long life, but its original idea was quite practical - for housewives being busy preparing food for three days ahead, it was a way to quickly and simply feed the family after visiting the temple for prayer. It is considered a bad omen to leave your toshikoshi-soba uneaten.

One more ‘mandatory attribute’ of the Japanese New Year's table is mochi, a type of rice cake made of glutinous rice flour. Kagami-mochi is a pyramid of two mochi with a daidai (Japanese orange) on the top. That composition is disassembled and then eaten on the New Year. Ozoni soup is also prepared with mochi, vegetables and surimi. Mochi for the New Year symbolizes a wish for prosperity, wealth, and a good harvest for the next year.

On Japan Travel you can learn more about New Year's traditions in Japan. 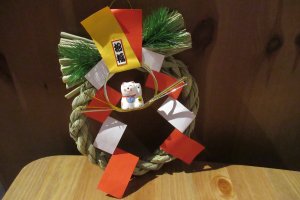 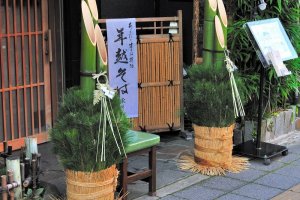 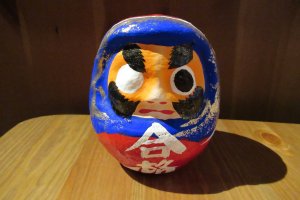 Sleiman Azizi a year ago
Osechi has become one of my favourite things. Also, the first sunrise is a beautiful tradition, one that we've passed on to family members in Australia.
Reply Show all 2 replies

Elena Lisina Author a year ago
Yes, it's good tradition especially in winter you don't need to get up too early! ;) Here in January sun rises at 9:30 am and sunset is already at 16:20 - light hours are very short.
Reply

Kim a year ago
Once I did a cooking class in Tokyo, and we learned how to make some of those new year's foods! I really liked the kurikinton!
Reply Show all 1 replies

Elena Lisina Author a year ago
All those dishes are very different from ours, I wish I could try some.
Reply
5 comments in total