One of the most well-known dolls in the world doll is the Daruma doll from Japan. According to the legend, it is modelled after Bodhidharma, the founder of the Zen sect of Buddhism.

Darumas are usually made of papier-mâché, have a round shape, are hollow, and weighted at the bottom so that they will always return to an upright position when tilted over. This characteristic has come to symbolize the ability to have success, overcome adversity, and recover from misfortune.

Most of the Daruma dolls are red in color and depict a bearded man (Dharma), but actually, there is a great variety of colors and designs depending on the region and the artist. Daruma has a design that is rich in symbolism and is regarded as a talisman of good luck in Japan. Daruma dolls are popular gifts of encouragement.

When purchased, the eyes are white so a person can decide on a goal or wish and paint one eye in. Once the goal is achieved, the second eye is filled in.

At the end of the year, all the Daruma are brought back to the temple they were purchased from for a traditional burning ceremony. This ceremony, called the daruma kuyō, is held once a year, usually right after New Year's Day. At these events, people bring the Daruma figures they had used that year to the temple. After expressing gratitude to them, they turn it over to the temple and buy new ones for the next year. All of the old Daruma figures are burnt together in the temple. After a solemn display of the monks' entry, reading of the sutras, and blowing of horns, the tens of thousands of figurines are then set aflame.

I used to visit Japan in spring, so Daruma dolls were not seen at that time of the year. A small selection could be found in Asakusa or in Narita airport, but I wanted some bigger ones and of different colors. I found a special Daruma market near Kawasaki Daishi. There was a great choice of color, size and design for the Daruma dolls.

My friends told me that now many people in Japan don’t keep traditions very strictly. They keep two-eyed Darumas at home instead of burning them. All of my Darumas have two eyes and I carefully keep them in my doll collection as it’s the doll with interesting stories to tell!

Find out more about Kawasaki Daishi. 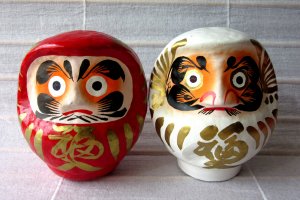 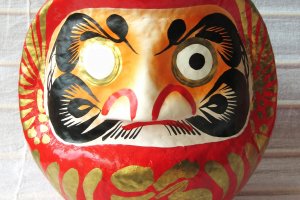 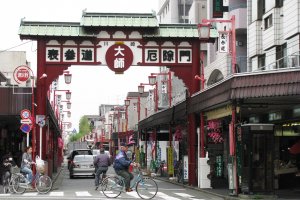 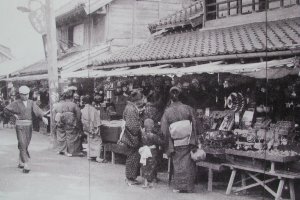 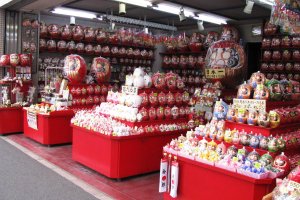 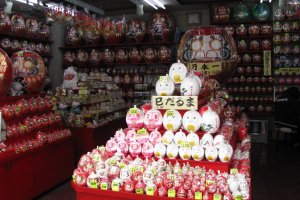 Bronwyn O'Neill 5 years ago
This is a great find, thank you for sharing! I hope to buy some interesting daruma dolls too next time I'm in Tokyo!
Reply Show all 1 replies

Elena Lisina Author 5 years ago
You're welcome! Really, Daruma are sold in great variety by the New Year. But in other seasons they're not so popular and can't be found easily. I'm glad I found that market!
Reply
2 comments in total