The aesthetic appeal of an unusual attraction

Cultures differ in how they deal with the passing of friends and family, certainly in the manner of burial and the aesthetic of cemeteries. Japan's method is certainly very different from my own country in many ways.

In Japan, the deceased are cremated and their ashes are placed inside stone gravestones dedicated to the family. Modern gravestones feature vertical columns made from black or grey stone with only names written on them.

At the base of a gravestone you will find vases for flowers and an incense stand. People who visit graves will bring fresh flowers and water to pour a gravestone as part of a religious ritual. Some food items are left that were favourites of the deceased. You may find that some graves are decorated with a Buddhist statue or, more sadly, a jizo statue if the grave belongs to that of a child.

Cemeteries are usually located near a temple or a shrine. I was told that Japanese people don’t hold to a single religion and will attend both Buddhist temples and Shinto shrines depending on the occasion. In this case, cemeteries are conducted as Buddhist ceremonies.

Old gravestones look like a vase or a lantern, but the wealthy and those of the higher social classes would often build stone pagodas. Every now and then you will come across some very old graves covered in green moss, particularly in the countryside. Old gravestones are often a natural rock with carved names or simply carved into a rock wall. You can see some good examples of these in Matsushima and Yamadera.

Cemeteries in Japan are clean and neat, and don’t have any bright colours. Narrow wooden planks called sotoba are placed near gravestones. They have engraved names, prayers and dates of death. Each anniversary a new sotoba is added. You will often seen beautiful sakura bent over graves.

Cemeteries are not your usual tourist destination but for many people, their aesthetics offer a private attraction. Situated by impressive temples and shrines, visiting a cemetery in Japan is often an unintentional part of any temple or shrine visit. Some are quite famous, like the graves of the 47 ronin in Sengakuji Temple in Tokyo, the expansive Kurodani in Kyoto or the historical Kitayama in Sendai.

Please remember that while open to visitors, cemeteries are for the deceased and their families first so proper respect for the location must be shown. 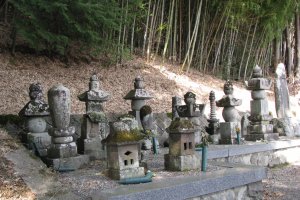 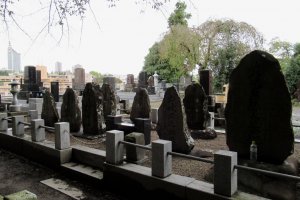 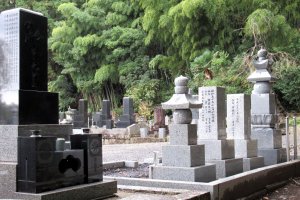 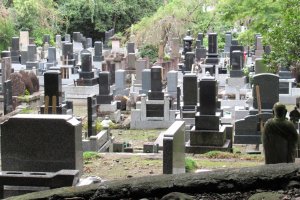 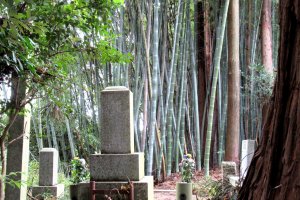 Sleiman Azizi 3 years ago
One of my workplaces for a while was across from a cemetery in Shinjuku. Very interesting vibe....
Reply Show all 1 replies

Elena Lisina Author 3 years ago
Japanese people talk aloud with their dead relatives as if they hear. It's very different from my country.
Reply

Kim 3 years ago
Interesting article! I used to live near Aoyama Cemetery in Tokyo for a while. It was really
Beautiful and one of my favorite spots to see the seasons changing. There are sakura trees on the grounds so it was particularly beautiful in the spring.
Reply Show all 1 replies

Elena Lisina Author 3 years ago
I also like cemeteries in Japan. In our country they look messy with a lot of bright lastic flowers and metal fences. Not beautiful at all...
Reply
4 comments in total