Some interesting facts about turtles in Japan

One of the things that I always admire in Japan are my unexpected meetings with a turtle in the city. The first time it happened I was walking along the moat surrounding the Imperial Palace in the centre of Tokyo. I first saw swans floating there and then, to my surprise, spotted few turtles. I’d never seen water turtles before, to say nothing of seeing them in the centre of Tokyo!

During subsequent trips I came across turtles, or ‘kame’ in Japanese, quite often in the waters of parks and gardens. For tourists who like to watch wild animals I recommend visiting Nara Park, Naritazan temple, Enoshima, the garden of Sumiyoshi Taisha in Osaka or just looking attentively near water in any other Japanese garden as turtles are often found there. Kame living in a shrine's garden are sacred ones.

This kind of a turtle lives only in fresh water, not in salty sea water. Kame are rather small, about 20-25cm in length. Huge kame about 1 metre long or more can only be seen in aquariums of which there are plenty all over the country. In Japan, I only ever saw these ‘land’ kame in aquariums.

Images of kame are quite popular. In Japanese and Chinese mythology kame is a symbol of power and immortality. Kame supports the World Mountain, a refuge of the immortals. One such image is found in the monument to Tokugawa Ieyasu in Ryogoku, Tokyo. Kame have often been pictured by Japanese artists, including one of the most famous artists of Edo era, Hokusai Katsushika.

One of the most popular Japanese folktales, ‘Urashima Taro’ is connected with kame. A man named Urashima Taro rescued kame and was taken to anunderwater castle where the kame turned into the princess Otohime. She danced and gave him a treasure box and forbade him to open it. After few days in the castle, Urashima Taro returned home only to discover that 100 years had passed. In spite of the prohibition, he opened the treasure box whereupon he immediately turned into an old man. This tale from the 8th century has many versions but the context is identical.

Cute images of kame are also popular in Japan, such as kame-shaped tayaki in Kawagoe, a sculpture made from flowers in Hamamatsu Flower Park or the beautiful kame brooches made from pearl shells. 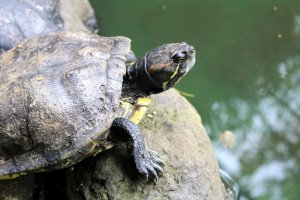 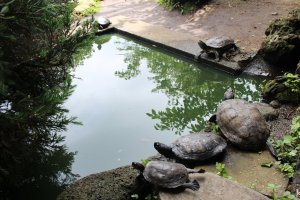 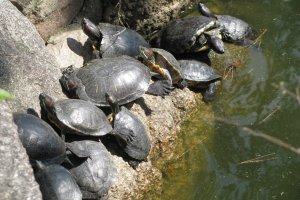 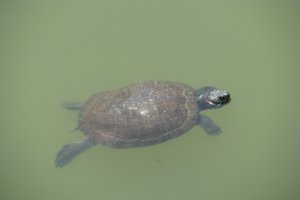 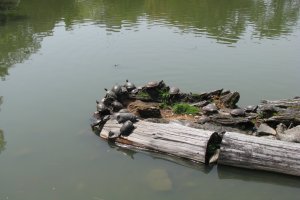 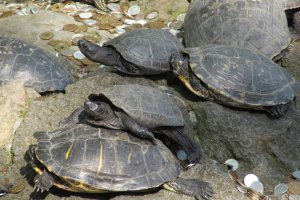 Kim B a month ago
I never knew about the interesting history and connections that turtles have with Japanese culture!
Reply Show all 2 replies

Elena Lisina Author a month ago
Me too! Travelling is a lot about learning new things, isn't it? ; )
Reply

Kim B a month ago
Yes! I think it's one of the reasons I enjoy visiting new places. Always new things to learn :)
Reply

Elizabeth S a month ago
How many times I've rescued turtles that plodded into the street. They're funny creatures, slow but smart. They don't mind me helping them to safety.

Elena Lisina Author a month ago
It's nice, Elizabeth! And none of them turned into a princess? )))
We don't have turtles here, s they're exotic for me.
Reply
5 comments in total