Among my most favorite places in Japan are natural parks where I have encountered various wild animals. I was amazed and excited to watch monkeys, deer, and many kinds of birds. To be honest, I’m not fond of zoos because I feel pity for the animals kept in small cages. However, at these Japanese parks, wild animals live free!

Jigokudani Yaen Koen (also known as the Snow Monkey Park) is located in Nagano Prefecture, close to Yudanaka Onsen. The group of Japanese macaques living there is lucky, as they occupy a comfortable area complete with hot springs, and good attention and support from people. The park staff give food to the monkeys all year round, and they are able to get warm in the onsen. Other groups of macaques have to survive through cold winters by themselves and sometimes are killed if they eat and ruin farmer's crops. In Jigokudani Yaen Koen, monkeys are quite tolerant towards people and just live their life while people watch. Staying in Yudanaka for 4 days I visited the monkeys twice and spent a few hours there, both times. It was interesting to watch the baby monkeys playing and the leisure time of the mothers, while the males kept their distance. There were a few fights between the monkeys, but on the whole, they were calm. I took a lot of photos at Jigokudani Yaen Koen and didn’t want to leave!

Another great animal area is Nara Park with a lot of deer walking free. The deer were friendlier than the monkeys and I saw people who approached and stroked them. At Nara Park, tourists can buy special treats for the deer and hand-feed them. Of course, I bought several packages and fed the deer. The cookies were gone in a few minutes! I also encountered deer on Miyajima Island, but there we couldn’t feed them and only saw them eating fallen sakura petals. In both of those places, the deer allowed us to come close and take photos. Besides the deer, there are many turtles at Nara Park, but they’re slow and not as interesting to watch as deer.

While visiting Mito, I was surprised by many different birds on the banks of the Sawatari River. While walking along the river I saw ducks, white and black swans with babies, and swift kingfishers. All those birds seemed quiet and not bothered by walking or jogging people. A swan sitting on a nest right on the path’s side was full of self-respect and allowed me to take a photo. I also watched many birds by the Kamo River in Kyoto. There were grey and white herons, ducks, and crows. Watching wild animals and birds in cities is really amazing to me!

In Japan, you can often find big colorful carp in garden ponds, and I enjoy watching them. I have never tried to feed them as I'm unsure about what kind of food is appropriate for them. Improper food can kill animals, so it’s better to be careful with feeding. The only one type of animal keeping that I like is at aquariums because I have no chance to watch fish and other ocean inhabitants in their natural environments. There are a great number of aquariums all over Japan and I never miss the chance to visit them. Though some say it’s not good to keep animals in captivity, in nature the life of every creature can be difficult since most animals have natural predators. I enjoy watching penguins, octopuses, jellyfish, huge stingrays, clownfish, and all other kinds of fish. I usually spend half a day at the aquarium!

On Japan Travel you can find more information about opportunities for watching birds and animals. 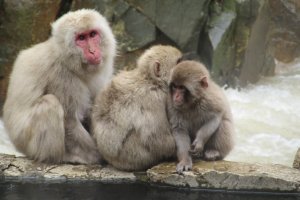 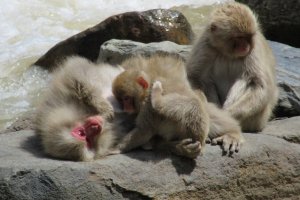 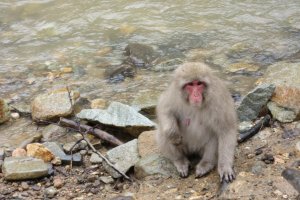 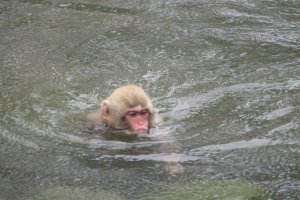 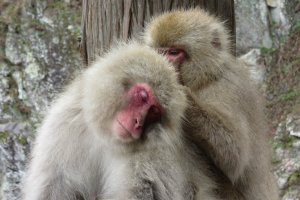 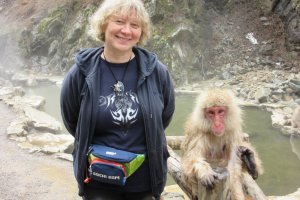 Kim B a week ago
I loved the snow monkey park when I visited several years back. It really is an incredible experience!
Reply Show all 0 replies

Sander van Werkhoven a week ago
So many great places to watch animals indeed in Japan. One of the most impressive for me was still watching the red-crowned cranes in the snow somewhere outside Kushiro. Also on Hokkaido, Asahiyama Zoo in Asahikawa has some of the most creative ways to get close to the animals I've seen in any zoo (https://youtu.be/kV5MzuIDrdg). All the way down at Okinawa the colossal Churaumi Aquarium has a tank with 3(!!!) whale sharks. Also at Okinawa, I've spend hours just watching and filming tiny crabs and other animals at the Manko waterbird and wetland center. And also very interesting was te Hotaruika-museum in Namerikawa, about the firefly squid (though a bit ironic to eat a bunch of them at the museum restaurant afterwards....).

But it doesn't have to be wild animals. The Yuzawa Inukko Matsuri was great fun, with so many people bringing their dogs to the festival. I was pleasantly surprised by the Togyu bull wrestling in Uwajima, which shows you don't have to torture bulls to a slow and painful death for entertainment. For that same reason I have rather mixed feelings about the Tosa-inu museum near Kochi, about dogs that are made to fight each other in the most vicious ways but at the same time were perfectly fine for kids to play with. Without horses, there would be no Soma Noma Oi, one of the most fascinating matsuri I've been. And seeing the huge Ban'ei horses at work in Obihiro was also pretty impressive: https://youtu.be/MQI4vF0SZr4
Reply Show all 2 replies

Elena Lisina Author a week ago
Thanks for the information, Sander! Watching animals is a fun, isn't it? I wish I could travel longer and reach far away points, but unfortunately I always have limited time and money. :(
Reply

Sander van Werkhoven a week ago
Watching animals sure is fun! I was supposed to fly to Sapporo tomorrow, but I rescheduled the whole trip to Japan to March (luckily, because of corona I could do this for free, even though it's not my reason for not going now). But one of the places I really looking forward to visit (maybe next year?) was the Otaru Aquarium. I mean, just look at these fellas, how can one resist that? https://youtu.be/-m4RJD-aTAA
Reply

Lynda Hogan a week ago
So many great places to get up close and personal with animals. We are very lucky to have the Saitama Children's Animal Zoo and Nature park near us and there are lots of opportunities there to interact with the animals. Right now in my neighborhood we have wild tundra swans, about a 100 of them, they come every year and will fly back to Siberia around the end of this month. I love going to visit them!
Reply Show all 1 replies

Elena Lisina Author a week ago
Great! In the place where I live we have no swans, only ducks in the city's pond. And those ducks stay here all winter because people feed them.
Reply
6 comments in total