Special festive atmosphere of a summer in Japan

My summer impressions aren't about certain places, events or that sort of information. Instead, they are about the unique atmosphere that I felt, one quite disinct from the other seasons.

Watching Japanese films or doramas set in summer, I enjoyed the scenes of summer festivals, the beautiful summer flowers and the sound of cicadas. I thought I’d never see such things in person. But then the idea of climbing Fuji-san suddenly came to me and was the motivation for my summer trip.

My strongest memory is of course the mountain. While climbing I could understood clearly that this was a real volcano with its strange surface of volcanic lava stones. Strangest for me, perhaps, was seeing the many blooming plants on Fuji-san but the clouds beneath my feet seemed to be unreal. And that silence, that absolute silence…

The festivities of summer were another strong impression, as if I had visited a week-long festival. The images were as live and bright as the sounds. I can still recall the cheerful screams of the Awa Odori dancers of the Kagurazaka Matsuri and the music of traditional Japanese instruments that sounded the same as centuries ago.

In summer the greenery was gorgeous and wherever it was green I would be met by the loud sound of the cicadas - a new and unusual sound for me but also very nice. Among the green trees I spotted fuji (wisteria) filled, to my surprise, with pods. I was also very excited to see blooming ajisai (hydrangea) and lotus as they really are gorgeous flowers.

My festive mood was supported by displays of illuminated objects usually seen at festivals such as the Nebuta Matsuri of Aomori and, of course, there was the classic summer firework festival. Every season in Japan is most certainly celebrated in Japan. Summer is celebrated with cheerful festivals that are worth watching. In many places I also saw glass wind chimes called furin that produce nice delicate sounds with every light breeze. I discovered that the sound of the furin indicates summer.

Of course, I had my fair share of sunshine, blue sky and heat. On hot days it was a pleasure to eat ‘kakigori’ or shaved ice with syrup and to drink cold beer in the evening - ‘kimochi ii' as they say ! All those impressions were different from other seasons, but typical, perhaps, of summer in Japan! 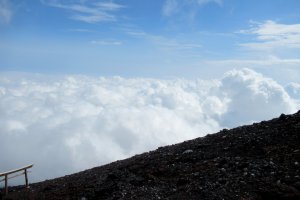 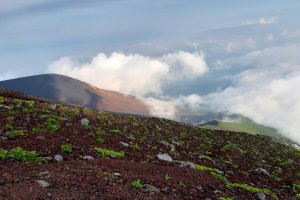 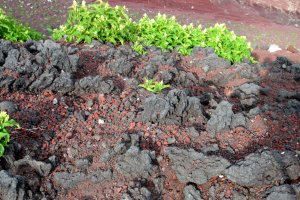 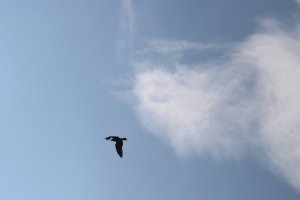 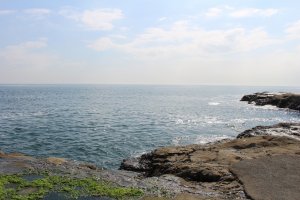 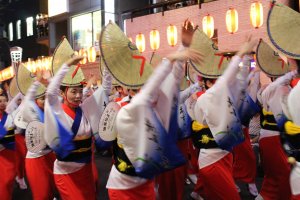 Kim B a year ago
You captured so much of summer's beauty!
Reply Show all 4 replies

Elena Lisina Author a year ago
Yes! I'm very happy with my summer trip! Maybe longer trip would be tiresome, but a week was fine. Here summer was short and cool, and now it's already autumn, so I could catch a share of summer in Japan!
Reply

Sleiman Azizi a year ago
I'm now seeing if I can climb Mt. Fuji next year in summer too....
Reply

Kim B a year ago
I was inspired too. Elena's post may have just been the push I needed...but maybe in 2021. I can imagine next year with lots of people visiting for the Olympics that it may be extra hectic on the mountain.
Reply

Sleiman Azizi a year ago
Ah yes, there is that too.
Reply
5 comments in total