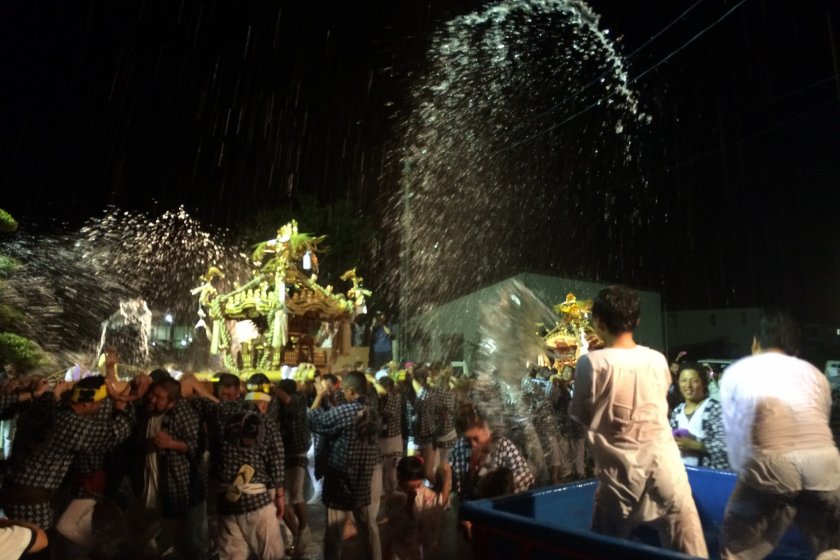 Immerse yourself in the thousands of "matsuri"

It's said there's a festival every day somewhere in Japan. Each year, between 100,000 to 300,000 festivals or "matsuri" burst across the country; some new, some over 1000 years old; from neighbourhood street parties to events seen by millions. July and August is fireworks season when matsuri blaze brightest.

Much of Japan battles humid heat through summer. Armed with battery-run or bamboo fans and wearable ice-packs, punters party in defiance. Follow the music, lanterns and food stall aromas to a photographers' playground. Children catching goldfish with paper scoops. Shaved ice splashed with syrups bold as crayons. The frenzied flipping of yakisoba noodles.

From writing wishes on paper to hang from bamboo poles (Tanabata festival) to dancing in straw hats to call ancestral ghosts (Awa Odori), customs vary across regions. The thunderclap of taiko drums loud enough to split the sky and the trill of flutes that mimics the cicadas' chorus are the soundtrack of summer.

Matsuri come from ancient times when the Japanese were in awe of nature and spirits. Rituals grew to appease angry deities and ward off disasters like epidemics, typhoons and crop pests. Today, sweating men still parade elaborate portable shrines on wheels or shoulders, jerking to wake the sleeping gods inside. Once pampered with human hospitality, the divine are escorted back to their realm.

Culture thrives in the shrines' intricate carvings and sumptuous fabrics. Matsuri nurtures Japanese art and craft. Massive carnival floats can take a year of preparation. Every locality has a rite devoted to rice growing. The songs, steps and masks from old village harvest dances evolved into noh theatre.

Religious faith has weakened and the trend for larger festivals promoting tourism and entertainment grows. But the sacred and spectacle remain intertwined. Japan is a place where a fumigation company erects a tomb for white ants. Used sewing needles are honoured and laid upon soft tofu beds. Kami are the spirits that live in everything, natural and man-made – trees, rocks, teapots, calligraphy brushes...

Summer festivals blend Shinto, Buddhism and modernity in a salty, simmering soup. Cities are concrete saunas where asphalt releases warmth into the night, young and old mingle and inhibitions and social hierarchies melt away. There's so much to capture and if you're lucky, you might even glimpse a ghost or demon coming out to play.

Tag JapanTravel with your JP festival photos/videos and get reposted!

Visit my website Bites of Oishii http://bitesofoishii.com for more travel, culture and food stories. Oishii ("oy-shee") is Japanese for delicious! 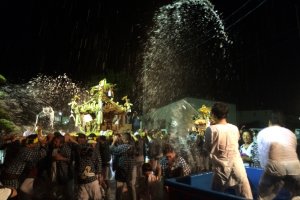 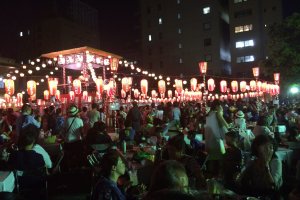 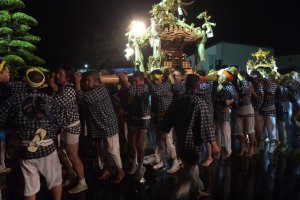