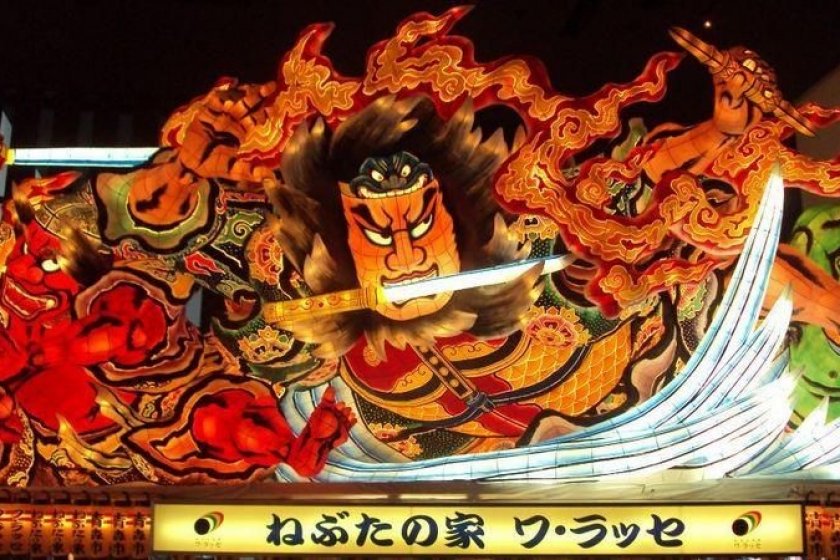 A past year Nebuta float

The heat of summer is approaching but there is some fun under the sun if you happen to travel north. Each year around the first week of August, the six prefectures of the Tohoku region each hold their own unique multi-day celebration. Trying to see all of them can be a rewarding challenge, while not attending any is probably a huge disappointment.

July 31 – August 1
Held in Fukushima City, Fukushima: locals heave an enormous sandal around the streets accompanied by song and dance.

Named after the traditional 'waraij' straw sandals, Fukushima's annual festival to mark the summer kicks off in early..

Nebuta festival is the biggest Tanabata festival that makes up the three great festivals of Tohoku Region.

The Kanto Matsuri is also known as the pole lantern festival. It is a Tanabata related celebration in Akita City held annually from..

Hanagasa Matsuri is a dance festival which originiated in Obanazawa but is now celebrated across Yamagata every summer.

August 6-8
Held in Sendai, Miyagi: a quieter festival impressing crowds with its countless artistic streamer decorations hanging throughout the many shopping arcades. On the night of August 5th, there are fireworks along the Hirose River. 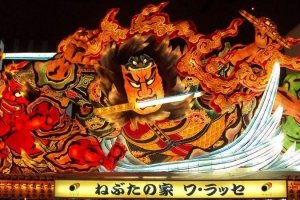 Hiroko Maruya 6 years ago
Traveling around Tohoku area this season is exciting. We can see all these festivals in a week. I didn't see it. How wonderful!
In Tanabata Matsuri, visitors can write a wish on an oblong card and hanging it on a streamer. It's delightful!

Mandy Bartok 6 years ago
Finally got up north this year to see Nebuta in Aomori, Neputa in Hirosaki and Kanto Matsuri in Akita. So worth it!
Reply Show all 0 replies
2 comments in total