Your best place now for recreation and wellness

Japan’s best kept secret is not found in the backstreets of Tokyo, in the shopping malls of Osaka and in the alleys of Kyoto. It is not found in the intricate presentation of traditional handicrafts nor in its centuries-old ways. It does not usually cost money to get access and it is never too far away (most of the time). In fact, it is right under our nose; it is obvious, spacious, and it is green.

The answer to the riddle becomes clear when you fly over Japan. Mountains and forests cover most parts of the land. Yet, most of us don’t really take in what treasure there lies right in front of our eyes.

Hence, let’s get the statistics: about 70% of land in Japan is covered by forest!

Forests all around, a LOT!

Japan is one of the most forested countries in the world in terms of forest-land ratio (forest area in relation to land area). It ranks only second after Finland where the forest land ratio is with almost 74% the highest in the world. Japan is followed by Sweden with 67% and South Korea with 64%. Brazil comes close to 60%. Countries such as Germany, Switzerland, the USA and Canada hoover at 30% to 35%. Some other countries have a much poorer record, such as China with 22%, Australia with 17% and Great Britain with just 13%!

Reasons for a low ratio include the characteristics of the natural environment but also deforestation and industrialization. Let this be as it may, fact is that Japan has something to offer that many other countries do not have, or not have anymore – lush green forest with a great biodiversity.

Let the fact sink in: two third of Japan’s land area is covered by forest!

This amazing fact remains unknown to those visitors who prefer to stay in the Kanto and Kansai metropolitan areas. Travelling by Shikansen (Bullet Train) between Tokyo and Kyoto/Osaka, while convenient and fast, will also leave you in the dark about Japan’s best kept secret: its forest.

A Great Variety of Forests

Japan’s forests range from the country’s most northeastern corner on Hokkaido Island to its farthest southwestern islands in Okinawa.

Over a distance of 3,000 km you can find several types of forest.

Half of all forests in Japan (except for a small percentage of bamboo forests) are artificial forests, also called industrial forests. They were planted by humans for the purpose of logging. These forest plantations consist mainly of coniferous trees such as cedar, Japanese cypress and Japanese larch.

The remaining half, however, are natural forest, including old-growth forest and forest that was cut but then left to naturally grow again. Broadleaf trees make up the majority of these forests.

The Most Precious: Virgin Forests

Large areas of old-growth forest, including virgin forest (forest that was never touched by human hands), are to be found in:

Finding your Balance in the Forest

Spending time in nature might not rank high on your list of places to visit in Japan. Yet, there are ways how you can incorporate walks in the forest in your busy travel plans.

For example, walking along the Kumano Kodo, a network of ancient pilgrimage trails on the Kii Peninsula of Japan. Large parts of the trail lead through forest, including cedar and cypress plantations as well as natural forest. Some parts of the trail are located in the Yoshino-Kumano National Park which was designated in 1936. What’s more, part of the area was designated a UNESCO World Heritage site in 2004 under the name of “Sacred Sites and Pilgrimage Routes in the Kii Mountain Range”.

Here the trails of nature, spirituality, culture and history cross, an enticing combination not to be missed! 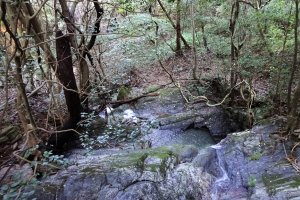 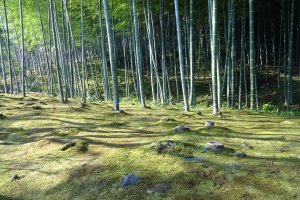 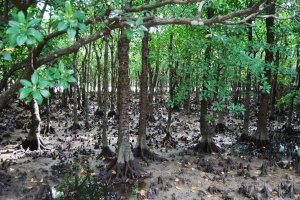 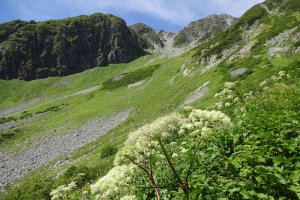 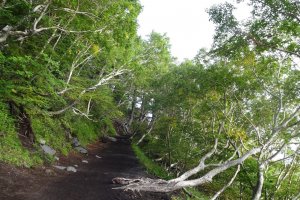 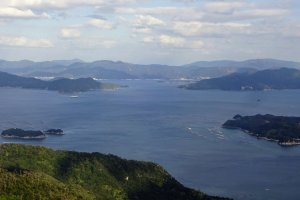 Alena Eckelmann Author a year ago
You are right, Lynda, Mother Nature welcomes us with open arms even now during the Covid pandemic. Many areas of Japan are not in a state of emergency; the forests there are waiting. Areas in the southwest of Japan are snow free now, for example the Kumano Kodo trails in the south of the Kii Peninsula.
Reply Show all 0 replies

Alena Eckelmann Author a year ago
The Mount Fuji photo is actually from the 5th Station, Susan, so quite at the "base" if you consider climbing up. Soon after there are no more trees.
Reply Show all 0 replies

Susan Tumanon a year ago
Wow. I never realized that's what the base of Mt. Fuji looks like.
Reply Show all 0 replies

Lynda Hogan a year ago
I've always appreciated the nature here, but I am even more grateful for it since Covid began. We can still safely enjoy all Mother Nature has to offer even during a pandemic.
Reply Show all 1 replies

Sleiman Azizi a year ago
That's right. Nature doesn't 'stop' because of a pandemic and the simpler, dare I say, more profound joys, are still readily available.
Reply

Sleiman Azizi a year ago
Japan is an underrated paradise for nature lovers.
Reply Show all 0 replies
6 comments in total