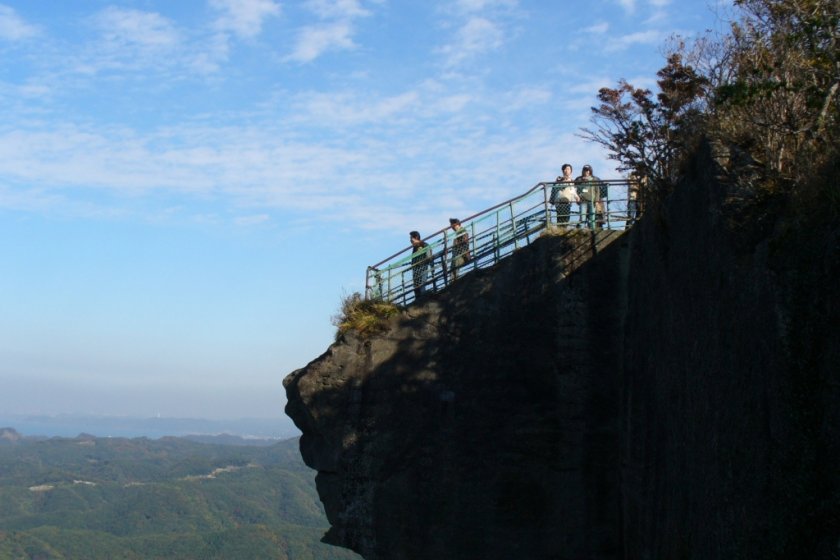 The Jigoku-nozoki ("a peep at Hell")

Nokogiri-yama (or "saw-mountain"), as its name implies, is like the teeth on the blade of a saw. This mountain forms the boundary between the Kazusa and Awa areas of the Boso Peninsula in Chiba, and it offers an amazing cliff view overlooking the entire Tokyo Bay.

The mountain was a stone-cutting quarry in the Edo era, and the Boshu-stone from here was shipped from the port of Kanaya to Tokyo ("Edo" in those days) to build navy ports and fortresses, as well as buildings including the Yasukuni Shrine and Waseda University.

The stone-cutting ended in the 1970's, and since then Nokogiri-yama has become a tourist spot for it's characteristic cliffs formed by the quarrying, and the amazing view of Tokyo Bay from the mountaintop.

In winter, residents enjoy warmer weather in Kyonan-machi because the mountains here serve as a barrier, cutting off the cold northern winds. The name of the town, Kyonan-machi, meaning "south of Nokogiri-yama", was taken from this mountain.

There are several ways to ascend the mountain:

This cable car will take you from Kanaya, a town on the north side of the mountain, to the top in only 5 minutes. You will get a truly amazing view of Tokyo Bay, not only at the top, but even on the way up!

The slope is steep, with a 300-meter climb in its 680-meter journey, and at certain points the cable car is far from the ground, so despite the short trip it will definitely be exciting.

There are two main hiking trails, one from the south (Kanaya) and another from the north (Kyonan-machi) of the mountain. Both trails start near the JR stations (Hama-Kanaya and Hota).

There are coin lockers at Hota Station, but not at Hama-Kanaya.

Most of the hiking paths were made by the quarriers. The exciting trails include natural stone stairs, as well as views of nearby cliffs, and Tokyo Bay on the way.

At the top, there is a casual restaurant with a great view, free resting room, telescopes, souvenir corner, games for children, and other typical amenities. There are also historical materials on the stone cutting in this mountain for exhibit, to provide visitors with a bit of education.

The major viewing spots of the mountain are in the Nihon Dera (see Nihon Dera article) temple, where there is an entrance fee to get in (600 yen for adults).

Make sure you look over the edge of the sheer cliff called Jigoku-nozoki ("a peep at Hell") to enjoy a chilling view from the peak of the mountain.

Born in Japan between a Japanese mother and Australian father, I have lived nearly all my life in Tokyo.As my father was a huge fan of the nature in Chiba, I was brought up in a dual environment, weekdays in center Tokyo, weekends in Chiba.After graduating a Japanese university, I joined the financial world, worked at Roppongi-Hills, center of center Tokyo. In 2006, I left the industry to start my own business, an accommodation facility in Chiba.Having worked closely with the local government and tourism organization, I think Chiba has a huge potential for international tourism. Beautiful nature scenery, great beach and hiking, delicious food, traditional shrines and fishing villages, and easy access from center Tokyo and Narita, Haneda airport.I hope this webpage can be some help to anyone interested to escape the noise of Tokyo, and discover another face of Japan. 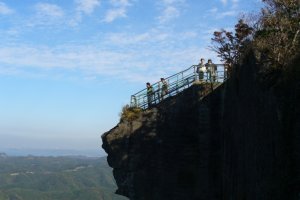 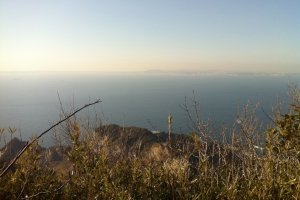 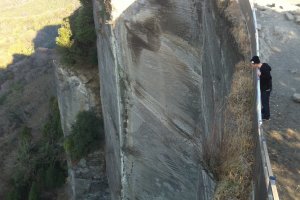 Geraldine Buergel a month ago
How long does the hike take?
Reply Show all 0 replies